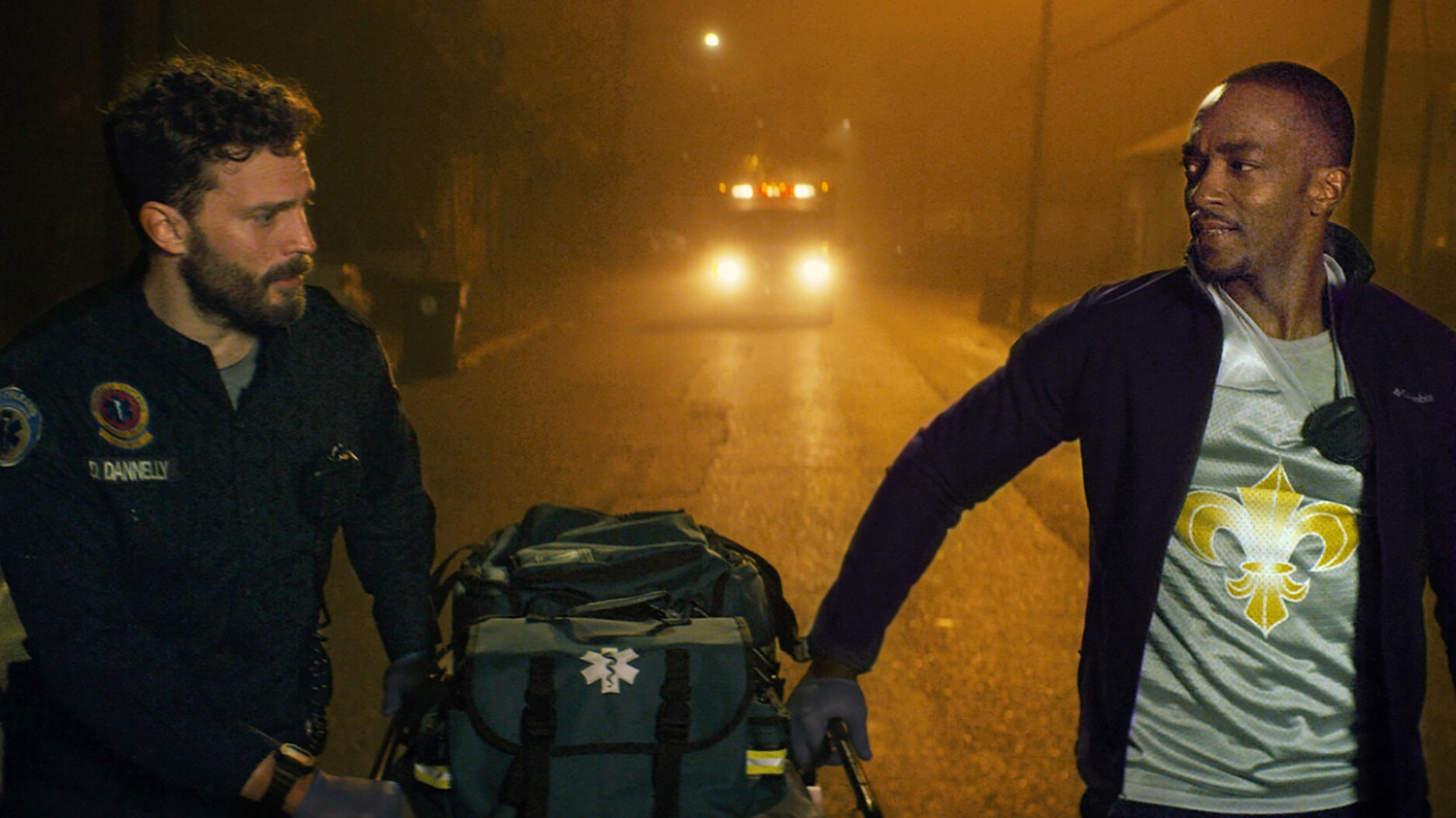 With a single dose of a suspicious new psychedelic, it can be any time period a user desires in Justin Benson and Aaron Moorhead’s mind-warping sci-fi thriller “Synchronic.” Released in the United States on Netflix on April 16, “Synchronic” oscillates between twisted imagery and unexpectedly funny one-liners, successfully toeing the lines of sci-fi, thriller, and comedy. However, despite succeeding in racing minds and raising heart rates, a lack of character construction and narrative continuity leaves “Synchronic” viewers with more questions than answers.

“Synchronic” follows the lives of New Orleans-based paramedics and lifelong friends Steve (Anthony Mackie) and Dennis (Jamie Dornan), as they respond to progressively weirder incidents related to the usage of a new designer drug labeled Synchronic. In quick succession, Steve is diagnosed with a likely terminal brain tumor, Dennis’s daughter Brianna disappears after taking Synchronic, and the two have a blowout fight over Steve’s apparent drug addiction and Dennis’s self-absorption. A majority of the movie is centered around the aftermath of Steve realizing the drug’s time traveling capabilities, as he commits to taking the doses himself until he can find Brianna and return her to the present.

Conceptually, “Synchronic” feels like a hopeful younger cousin sitting in the shadows of other critically acclaimed mind-bending works like Christopher Nolan’s “Inception,” or his later film “Interstellar.” Although its combination of distorted realities and psychedelics is not a distinctly original idea, a dedication to the time-travel narrative through phenomenal period costuming helps “Synchronic” stand on its own.

The best aspects of this chronological interpolation stem from the wardrobe variety of costume designer Laura Cristina Ortiz. Responsible for creating costumes ranging from American Civil War attire to Ice Age garments, Ortiz’s wardrobe decisions successfully create a cohesive and convincing narrative regardless of the fragmented nature of time travel. Steve’s time travel outfit — consisting of a simple Carhartt jacket and muted beanie — contrasts noticeably with the more eccentric attire of the characters he interacts with in each alternate reality. Unlike the chilling white robes of the KKK or the massive mammoth fur draped over the prehistoric man Steve meets, the simplicity of his outfits ground viewers in an otherwise fantastical series of events.

Aside from costuming, another reminder of reality peeks through the comedic elements brought by Mackie and Dornan’s sincere performances. As a duo, Mackie (“The Falcon and the Winter Soldier”, “The Night Before”) and Dornan (“Barb and Star Go to Vista Del Mar”) are no strangers to delivering comedy. Perhaps unexpectedly, they bring this lighthearted energy into the otherwise dark narrative of “Synchronic,” easily softening moments of tension because, as Steve points out after returning from an almost fatal time jump: “The past fucking sucks.”

For all of its entertaining factors, “Synchronic” falls short in two major areas: character building and continuity. From its onset, “Synchronic” fails to give sufficient background on Steve and Dennis’s relationship and their individual character dynamics. While Steve becomes the central focus during time travel scenes, Dennis’s thoughts, motivations, and depth go largely unexplored. Consequently, it’s nearly impossible to feel invested in the film’s two major conflicts: the preservation of Steve and Dennis’s friendship and the return of Dennis’s daughter, Brianna. Without this, viewers are left wondering why they should care and whom they should care for.

Narratively, there is also a certain level of confusion: What are the rules of Synchronic-induced time travel? As Steve chronicles his journeys, he determines that to a certain extent rules do exist — a traveler has seven minutes in their respective time reality before they need to return, objects and people can be transported between periods through touch, and a traveler cannot make physical contact with living things from other time periods when the window to that reality closes. However, the film’s ambiguous conclusion works against these previously established guidelines, transforming the ending from merely thought-provoking to genuinely puzzling.

Although occasionally difficult to follow, “Synchronic” is a fairly entertaining and intriguing combination of sci-fi, thriller, and comedy — it’s worth watching, as long as you don’t think about it too much.