Music Video Breakdown: “Show Me Up” by Lil Tecca 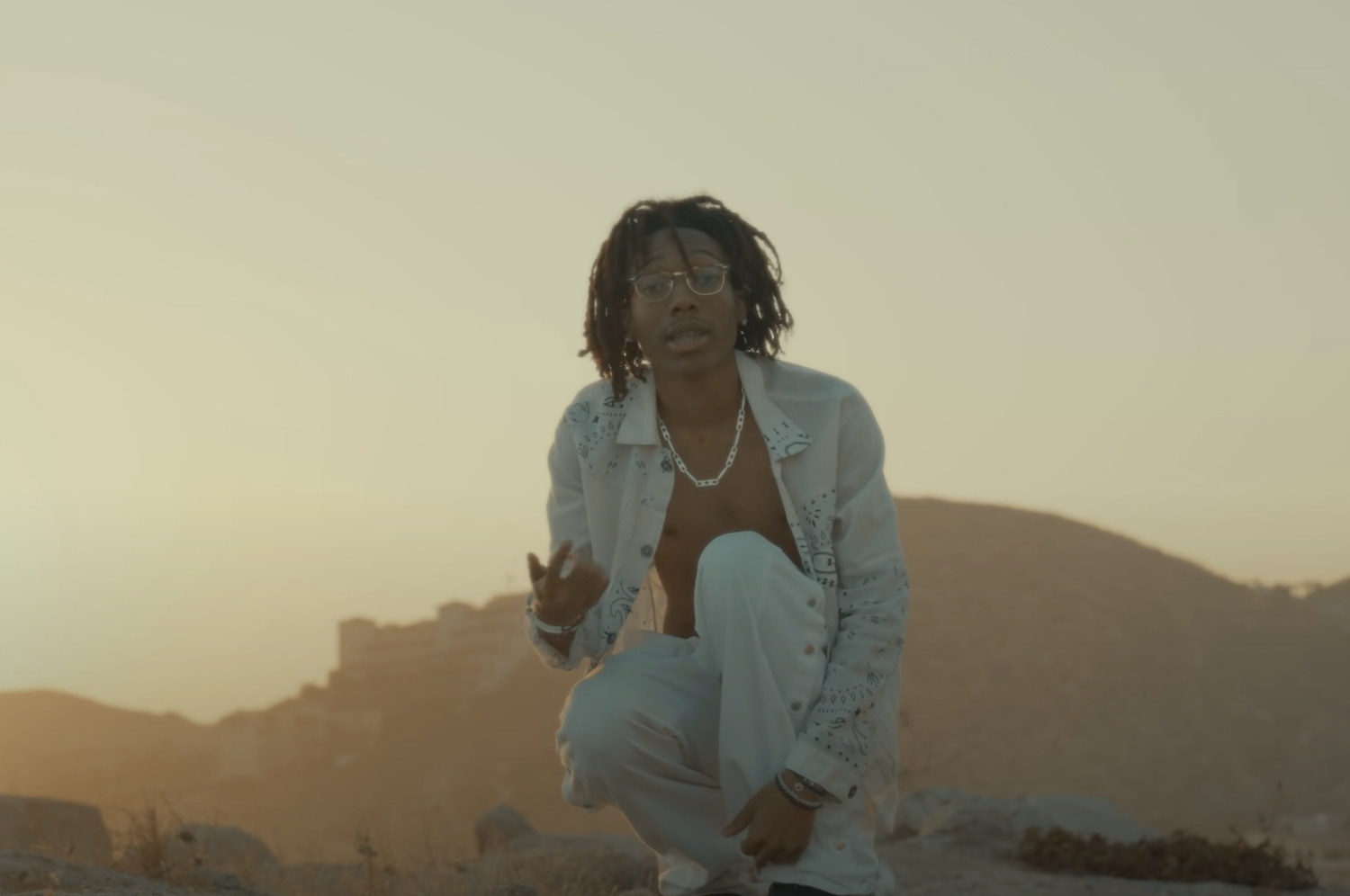 Rapper Lil Tecca in the music video for his single "Show Me Up." By Courtesy of Lil Tecca / Galactic Records
By Daniel S. de Castro, Crimson Staff Writer

On April 6, New York rapper Lil Tecca released the music video for his newest single, “Show Me Up,” directed by Declan Kyle.

With the first notes of the song’s dreamlike melody, the video opens with a slowed shot of Tecca dressed casually in jeans and a black jacket, with his back turned to the camera. He looks out onto the ocean as a wave crests from left to right before crashing onto the sand. Beyond this, the frame is still, with the viewer left to focus on the dimming pastels of the sunset sky, its cirrus clouds taking on the shades of orange and pink that will come to define the video.

As Tecca’s name and the title of the song appear on the screen in elegant capital letters, the video switches to another slowed and very still shot of Tecca. This time, he strolls towards the edge of a cliff overlooking the beach and the accompanying seaside town, which slopes gently down the side of a steep hill to meet the water. Tecca is now wearing all white; his shirt is decorated elegantly with a dark paisley pattern, but one that at times appears gold in the soft late afternoon light. He wears this piece unbuttoned, unwinding to the sounds of his own hypnotic tune.

An abrupt cut to a close-up of Tecca accompanies the beginning of the lyrics to his song, which come off slow and relaxed. He dances to his music, and the camera now moves more actively to follow him. This switch reflects the pattern that the rest of the video will follow, with Tecca being shown in alternating close-ups and wide shots — some slowed, some played in real time — as he switches between the elegant and casual outfits that he wore at the beginning of the song.

As a result, Tecca appears in a timeless void, a luring and listless seaside dream. There is no plot at all in this video, and the wide shots in particular emphasize his solitude in this expansive and somnolescent locale. All in all, the physical and temporal distortion of the video are the perfect backdrop to the trance-like song that they are meant to represent.

But there is more to this video than its surreal depictions of its sole protagonist. In fact, there is a striking theme of duality interwoven into this piece. It is present in the contrast between Tecca’s two outfits, between the motion of the close-up shots and the serenity of the wider pictures, and between the lonely expanses of the beach and the cliff, where Tecca begins the video, and the luxurious resort in which he ends it. Even the timing of the video, which was shot at sunset — the brief interlude between the opposites of night and day — adds to this motif. Together, these elements reflect Tecca’s own duality as a musical artist, which is revealed in large part by this very song. Indeed, “Show Me Up” is lower in energy and has a very different feel than Tecca’s earlier hits like “Ransom,” “Love Me,” and “Did It Again,” even though the lyrics of the songs touch upon the same themes.

All in all, the viewer is left to think that there is more to Tecca than first meets the eye.