The Converging Pasts of Leslie Epstein 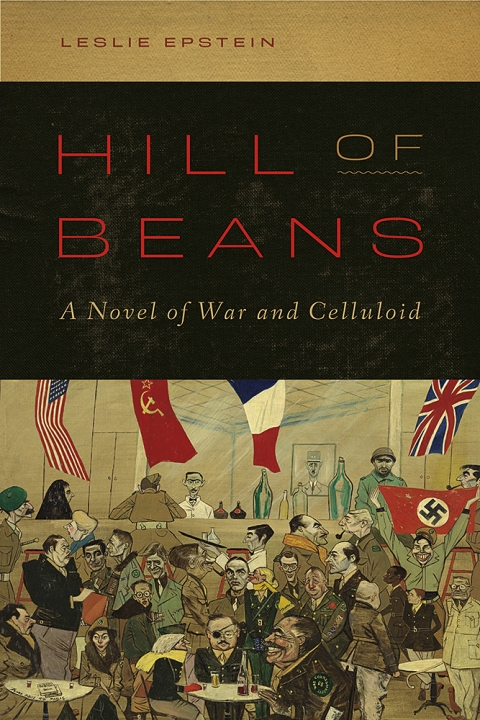 Cover Art for the novel, "Hill of Beans" by Leslie Epstein By Courtesy of High Road Books
By Isabella B. Cho, Crimson Staff Writer

Many writers struggle to discern the beginning of a story. For novelist Leslie D. Epstein’s latest project, this challenge takes on added significance. Though much of his work has dealt extensively with the tribulations of history, Epstein’s newest story takes that exploration to another level. In his novel “Hill of Beans: A Novel of War and Celluloid,” Epstein is not merely examining a national history — he is also examining his very own. “I think I’ve been working on this for ten years — and in some ways, all my life,” he says.

“Hill of Beans” weaves multiple voices — many of which are those of historical figures including Stalin, Hitler, and former Warner Bros. Vice President Jack L. Warner — to craft a nuanced portrayal of Hollywood’s movers and shakers on the eve of World War II. Epstein calls the novel a “combination of dual themes” that run through his literary body — World War II and the Holocaust, and Hollywood.

Epstein drew from childhood stories to situate his novel in an immersive historical context. One of the central threads in the novel’s plot is the adversarial relationship between Jack Warner and twins Julius J. Epstein and Philip G. Epstein. The twins, most famous for co-writing the screenplay of the iconic film “Casablanca,” were Epstein’s uncle and father, respectively. “Some of the Epstein brothers and Jack Warner back-and forth — those are family stories that I heard for years,” Epstein says. “My father died young, but my uncle, his identical twin, stepped in as a sort of substitute father, a wonderful father to me.”

The historical landscape of Epstein’s “Hill of Beans” is similar to that of his father and uncle’s “Casablanca.” The parallels between the two works, however, extend beyond historical context, spilling into their formal artistic elements. Not unlike “Casablanca” itself, Epstein’s distinct narrative elements coalesce to deliver a cinematic reading experience. His literary techniques function like cinematography. “I don’t have a lot of interiority, as they call it. In this book, I don’t have an overarching omniscient narrator, I don’t have all the things that are familiar in fiction,” he says. “What I do have are things that are central to filmmaking. A montage would have been a good word to describe this novel.”

By reaching into a violent past, Epstein grapples with a timeless artistic predicament: how to write about, and thereby humanize, fundamentally bad people. Take, for example, Jack Warner. Epstein entered the drafting process primarily aware of Warner through his father and uncle’s stories. “I began this totally on my father and uncle’s side,” Epstein says. However, as he continued his research for the novel, he developed a complex ambivalence toward Warner, whose legacy is steeped in misogyny and racism.

Still, some grudgingly admirable glimpses of Warner’s character made it into the book as well. When told he had to fire every Jew in his German offices, Warner refused, instead opting to close his branches there. “I went in knowing he was a terrible, terrible person. But the more I researched him, and the more he grew in my imagination, the fonder of him I became,” he says. “So it’s a mixed portrait.”

Epstein is no stranger to literary controversy. Similar to “Hill of Beans,” Epstein’s novel “King of the Jews” uses comedy as a lens to interrogate the violence of the Holocaust. The project, though well-received by some, also garnered significant backlash. “I started and stopped it ten times because it kept coming out in a sort of jaunty, humorous way,” Epstein says. “At that point, there hadn’t been any comic vantage point of looking at the Holocaust — maybe there still shouldn’t be — but I couldn’t help it.”

A comedic subtext is Epstein’s way of staying true to his own voice, his distinct way of questioning the past. “If I’m going to write in a way that’s true to myself, I’m going to see the absurdities of things,” he says. “Even though I know they’re terribly serious, and probably many people will object. And there’s nothing I can do but wish them well, and hope the others enjoy the book.”

He also uses distance as a clarifying agent when writing about the past. “There’s something to be said for the perspective that you get from waiting and looking back,” he says. “It gives you a kind of calm, a kind of overview. If you’re too agitated, you may not see the truth.”

Despite his literary fixation on the past, the novelist often questions whether he indeed is writing about the past, or about timeless patterns of human behavior. Epstein cites the riots on Capitol Hill on Jan. 6 as a testament to the fascist undertones fomenting in the United States today. “I think that those fights never end,” he says. “The battles have to be understood — which you try to do through art and fiction of all kinds, even music — and it always bears on the present.”