From Our Bookshelves: 'Dear Mr. Henshaw' 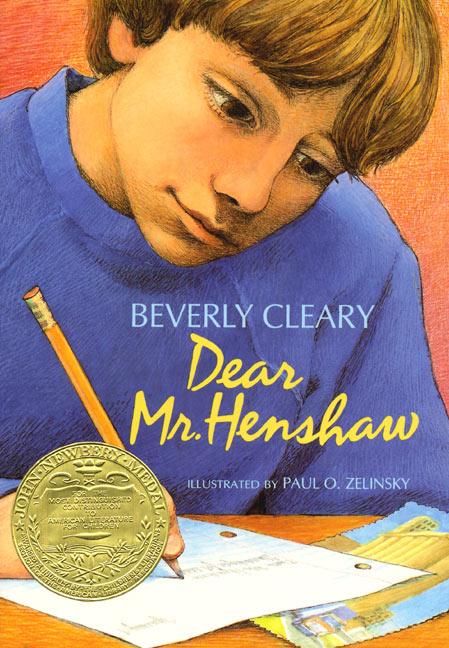 After a year of isolation, Beverly Cleary’s 1983 Newbery-winning “Dear Mr. Henshaw” takes on new meaning, as protagonist Leigh navigates an unromanticized and bittersweet childhood full of loneliness and struggles against an elusive father figure. One look at Cleary’s book, and “Dear Mr. Henshaw” stands out as sad; far sadder than any of her other works. In fact, as she explained in a 2019 interview for WETA, Cleary wrote “Dear Mr. Henshaw” at the behest of two letters from children asking for a book about a child of divorce. “And I had never thought about it, but I said I’d — give it a try,” she said.

That ‘try’ produced one of her more lasting additions to the children’s literary canon.

“Dear Mr. Henshaw” is a thoroughly lonely book, perhaps more fitting for pandemic times than the more popular and numerous volumes of the Henry Huggins or Ramona Quimby series — both of which feature social, middle-class adolescence on Klickitat Street in Portland, Ore. There, the “Charlie Brown” or “Arthur”-like neighborhood is always bustling with cheery children and parents whose funny adventures around town entertain and inspire a young reader. Even the Ellen Tebbits series, though separate from the others, also takes place in Portland and details such problems as putting up with obnoxious boys and wearing embarrassing woolen underwear.

The Huggins and Quimby families represent a romanticized mid-century middle-class American upbringing, with the nostalgia of Norman Rockwell and the sensibilities of Dick van Dyke, but like those peer illustrations of an American life, fail to represent those for whom that life isn’t true.

Main character Leigh Botts is sequestered from the other Cleary characters in Central California, without a neighborhood of other children to drive his life forward, almost without a neighborhood at all. He details his home upgrade from a trailer outside of Bakersfield to a “garden cottage,” “all we can afford” in Pacific Grove upon his parents’ divorce. The comfortable, almost silly life of Henry Huggins is completely foreign to Leigh: There is no paper route or pesky siblings. Their life, like a continuous Saturday, contrasts with Leigh’s more grave, Monday-like existence. There are brutal conversations about marriage, love, and the idea that some adults simply aren’t good role models.

The epistolary narrative, beginning as letters to children’s author Boyd Henshaw, only emphasizes Leigh’s loneliness. Mr. Henshaw’s replies are omitted, leaving the reader to infer their contents from Leigh’s responses. If the reader expects an eventual meeting between the two correspondents, they are sure to be disappointed — Mr. Henshaw never appears, as if Cleary is calling into question his realness. In the second half of the book, Leigh begins to write diary entries, now addressed “Dear Mr. Pretend Henshaw,” but there is no difference between the two addressees. Mr. Henshaw and Mr. Pretend Henshaw are the same person: merely a dummy object to receive Leigh’s introspection.

That introspection is as honest as it is sour. The whitewashed American nuclear family so central to Cleary’s other books — two parents, children, and a dog or cat — is completely destroyed, dog and all, with all of the stinging details of divorce on display. Leigh’s struggles with a near-absent father — who forgets to call and visit, loses Leigh’s dog, and gets caught with another family — take the place of the more traditional adventure-based plots of Cleary’s other works. The emotional climax of the book, when Leigh and his mother cry together on a rainy night, is as far as Cleary is willing to go in portraying the ugly side of life.

Even Leigh’s successes are borne of isolation. Leigh’s story, “A Day on Dad’s Rig,” receives praise from famous children’s author Angela Badger for its honesty, though Leigh is at first uninterested in Badger, because she “writes mostly about girls with problems like big feet or pimples or something,” a nod to some of Cleary’s other works. Here Cleary inserts herself into the story to give writing advice to young children: that writing is therapeutic, and honesty and individuality above all else makes the best writer. Leigh’s other achievement is an engineering project: a working alarm on his lunchbox, to keep his lunches from being stolen. This endeavor leads him closer to Barry, Leigh’s only friend in the book, and Mr. Fridley, the father-like school custodian, acting as a lighthearted foil plot to the woes of divorce. It is in these episodes that Cleary’s classic charm shines through the most, as if it were really what she wants to write about.

It takes a sequel, “Strider,” written eight years after “Dear Mr. Henshaw,” for a more hopeful Leigh to appear: one with friends, hobbies, and a romantic interest (and a new dog). But taken alone, “Dear Mr. Henshaw” shows Leigh at his emotional worst, an important model for children who could be going through similar feelings.

Beverly Cleary will be remembered as a writer of sunny children’s books. Her penchant for portraying suburban adventures, relatable family trivialities, and a sympathetic animal world cement her works in the pantheon of formative novels for elementary schoolers. Ask any Cleary reader about her books, and while Ramona Quimby will necessarily come up, Leigh Botts might not. But it is important to remember Leigh: though not Cleary’s favorite character, a necessary one for young readers to be exposed to. Not everyone is so lucky to grow up on Klickitat Street.