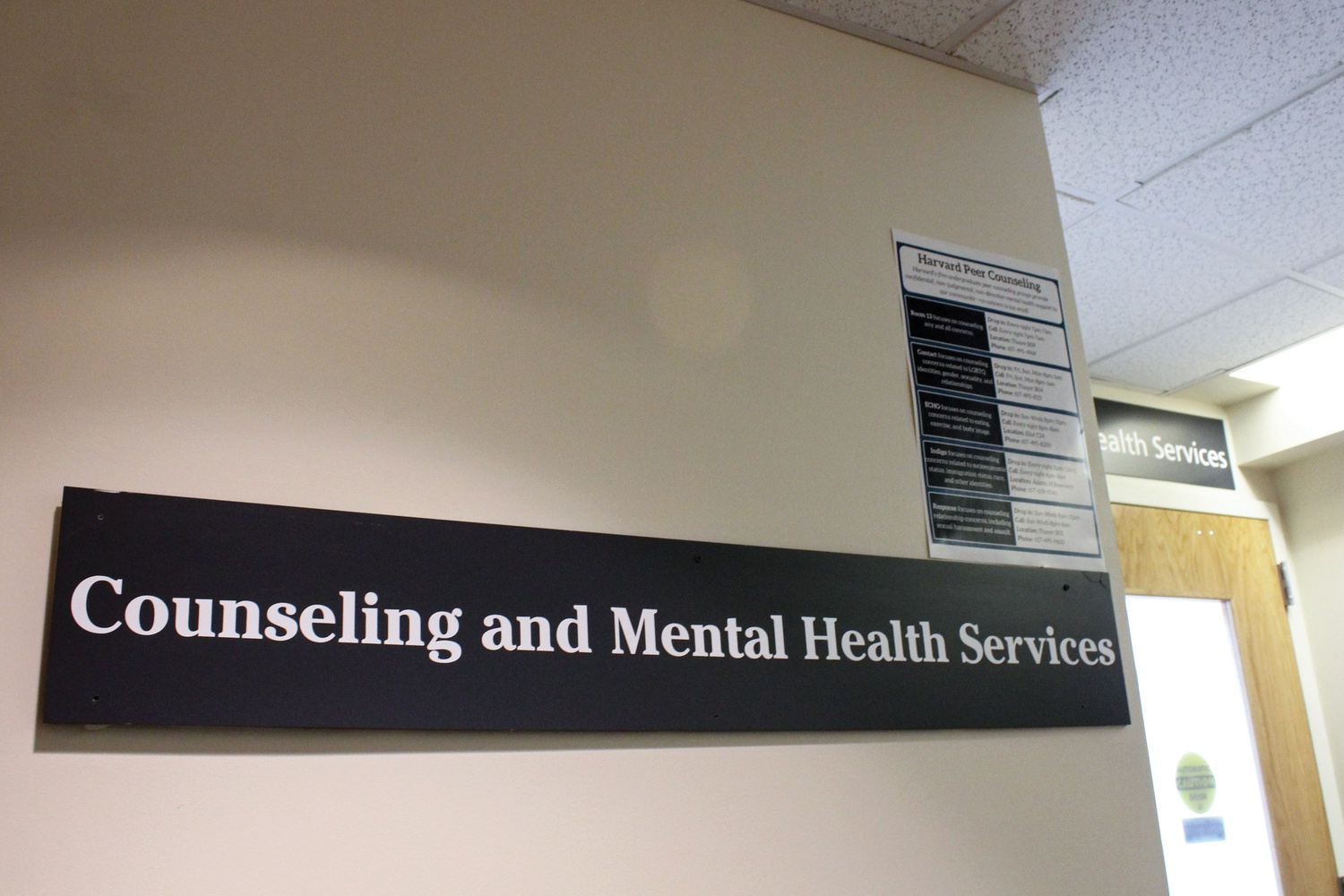 One of the now-deleted tips — intended to help students cope with the recent rise in anti-Asian racism and attacks — reads, “When you experience racism, you can feel shame. You may wish that you weren’t Asian, but remember that your ancestors likely went through similar or even worse incidents.”

Though the resources page was first posted last year, it garnered widespread attention Wednesday after screenshots of the page circulated on social media. Students and other Harvard affiliates criticized the page, saying that it placed the burden on Asian Americans to cope with the racist attacks, made assumptions about students’ feelings, and upheld the stereotype of Asians as a model minority.

According to internet archives, the page was originally posted in spring 2020. Previously, the top of the page cited an “increase in anti-Asian racism and xenophobia” since the Covid-19 pandemic as the impetus for providing the resources.

“Although most individuals are not racist and these events are infrequent, these incidents can often be stressful and traumatic. To help manage, here are some resources and helpful information,” the earlier version of the page prior to the Atlanta shootings read.

That paragraph was replaced last week with a new statement that acknowledged the “emotional and mental impact” of the Atlanta spa shootings on March 16, in which eight people were killed, six of whom were Asian women.

“While Anti-Asian sentiment has existed long before COVID-19, the increase in numbers is incredibly staggering – just as much as they are heartbreaking,” the updated page read.

Later on Wednesday, most of the page was deleted, leaving only links to resources collected by organizations outside Harvard. The page is now topped with the statement from Nguyen that apologizes for causing further distress to readers of the page, which he said contradicted CAMHS’s mission to support students.

“We are deeply sorry that some recently-posted content on our website not only fell short of that mission, but caused more stress in our community,” Nguyen wrote in the statement. “We had intended to post helpful resources for our Asian, Asian American, and Pacific Islander communities that we know are hurting in light of recent events around us, but what we ultimately posted included some insensitive and inappropriate content that we have now removed.”

Nguyen added that HUHS would “work diligently to ensure that this never happens again.”

According to HUHS spokesperson Michael Perry, CAMHS chief Barbara Lewis worked with Nguyen on the response.

Perry added that next steps for HUHS and CAMHS will include scrutinizing internal review policies for releasing public materials, particularly through the lens of diversity and inclusion. HUHS will also work with Harvard’s Office of Diversity, Inclusion and Belonging to engage with diverse communities more regularly.

As the page began circulating online, Harvard affiliates reacted with shock and anger, which continued even after the page was updated.

Eliot House Resident Dean Andrea Wright wrote an email to the House affiliates offering her support in response to what she called “incredibly harmful language” on the resource page.

“I want to reassure you that it IS NOT too much to ask that Harvard, an institution where you belong and a place that you call home, respond sensitively and with a strong imperative for action against such despicable acts,” Wright wrote. “I know the statement has been removed, but I want to acknowledge the harm that was done and remind you that I see you and I care about you.”

Joshua Y. Chiang ’22 posted a TikTok Wednesday, which has been viewed over 230,000 times as of early Friday morning, sharing his disbelief at the message.

Chiang said in an interview that he believes the message was well-intentioned, but “the execution was poor.” He questioned what the review process for the page looked like and who may have approved its posting.

When asked who approved the page before it was posted, Perry declined to comment beyond the apology on the website.

After seeing screenshots of the webpage on Instagram, Caron S. Kim ’24 said it made her feel that CAMHS would be “one of the last places that people would want to go” for mental health services. She said she found its advice telling students that their ancestors faced worse and that they should avoid going outside alone “completely insensitive and ignorant.”

She added that if CAMHS had wanted the resources to be useful to students in the first place, they should have been distributed over email, rather than under the resources tab of its website, which she said likely played a part in students not noticing it until this week.

Though she appreciated the apology, Kim said she felt CAMHS was publicly pressured in issuing it, and “they were covering their tracks.” It shrugged off what “people found problematic about their statement under the reason of ‘we were just trying to help,’” she said.

Jeanna Y. Shaw ’24, a member of the Task Force for Asian American Progressive Advocacy and Studies, said she appreciated most of the resources and links on the page, but found the “you may wish you weren’t Asian” statement “horrible.”

“That’s a bold claim,” Shaw said. “I wouldn’t give up being Asian for anything.”

She said she then felt “really angry” about being told to “‘remember that your ancestors likely went through similar or even worse incidents’” because it reminded her of how Asian Americans have historically been told to act as the model minority and endure their hardships quietly.

“They don’t know what my ancestors went through,” Shaw said. “And I don’t think that their trauma should be used as a tool to get me to feel a certain way. This probably isn't their intention, but it comes off as like, ‘Be grateful that you don't have to go through what they went through.’”

“This language brings back this whole history of how Asian Americans are supposed to just keep our heads down and work hard and not make a fuss and just do our own thing without actually dismantling the problems that we face,” Shaw added.

One of the statements on the webpage encouraged students to seek out and create art highlighting the Asian community “in a positive light.”

As a member of The Wave, Harvard’s Asian literary and arts magazine, Shaw — who considers herself a “creator” — said she found that advice to be harmful and “censoring.”

“I feel like this is totally misrepresenting the role of art in Asian America because it’s kind of saying that we’re only allowed to talk about the positive things, when actually a lot of art that we see in this space is a way for people to process trauma,” Shaw said. “A lot of it is painful and a lot of it is sad, and all of it is productive.”

When Alexander K. Park ’23 first saw the post Wednesday, he said he laughed at it in disbelief. After further reflection, however, he grew more “angry” and “disappointed.”

“The fact that the language implied that I may want to throw away a part of myself, or that I may not want to be Asian, was very hurtful,” Park said. “It shouldn’t be our fault or our responsibility to run away from being Asian — it should be the responsibility of society to accept Asian Americans as part of the American fabric.”

He added that the page failed to address the “root problem” of violence against Asian Americans: white supremacy and systemic hatred. Instead, Park said, the page proposed very “surface-level” and “performative” solutions. He said its suggestion to make art seemed to ask Asian Americans to “conform” and “contribute to a society that isn’t accepting of them.”

Chiang said the most important part of the apology to him was the promise of change and next steps on the part of HUHS.

“Whether things will actually change or how drastic the change that they implement will be is unclear as of now,” he said. “A lot of the times when people apologize, it’s for optics, so I’m very curious to see if actual change will be made.”

“The only way that CAMHS and the University can really make amends for this lapse is to prove in the future, time and again, that they are committed to racial equality and racial equity,” Park said. “And to make sure that nothing like this ever happens again in the future.”