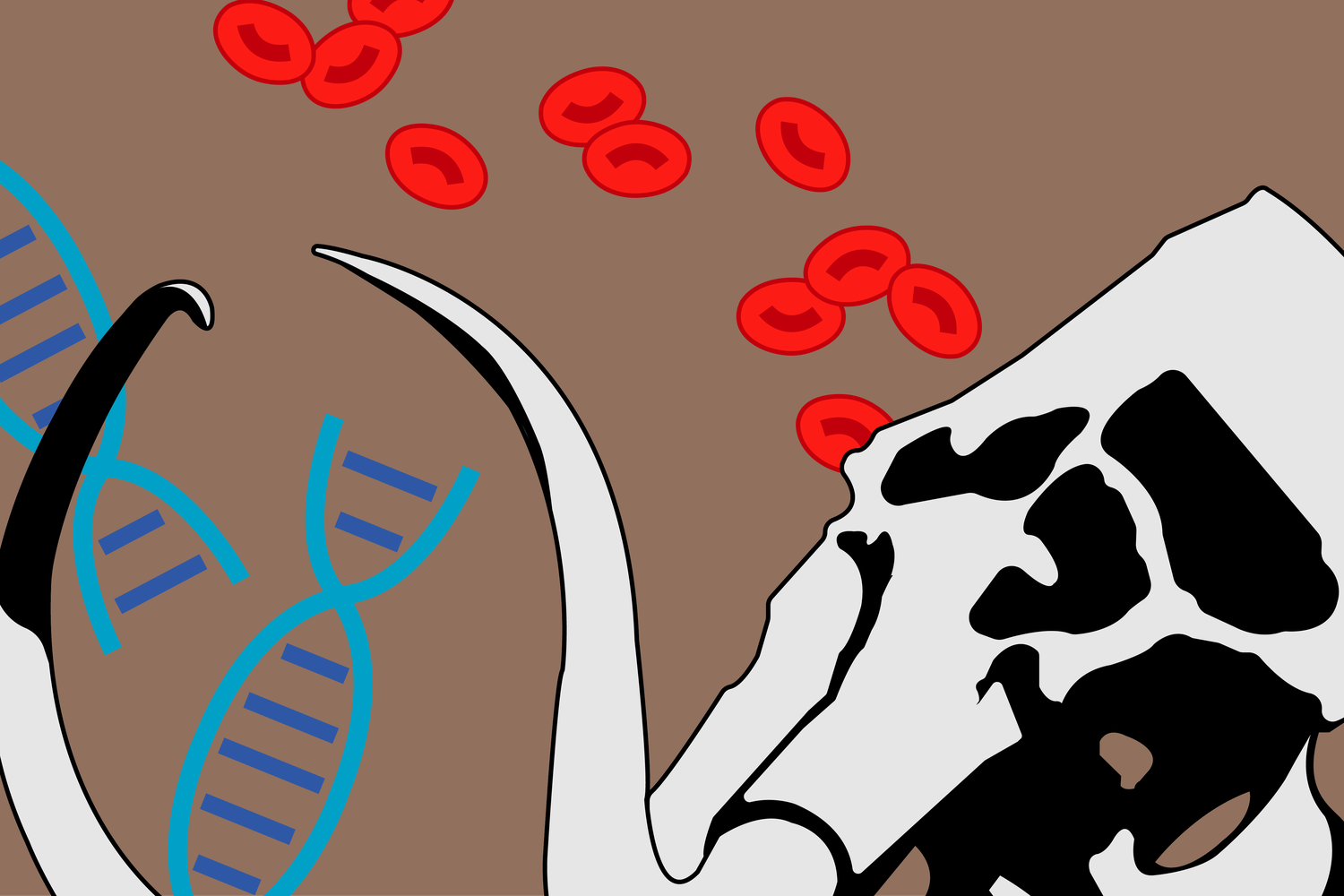 The Return of the Woolly Mammoth

According to the team at Revive & Restore, a Bay Area nonprofit focused on the intersection between biotechnology and conservation, in partnership with Professor George M. Church of Harvard Medical School, a genetically-engineered woolly mammoth could be coming back soon to a tundra near you.
By Anisha Laumas and Henry N. Lear

The woolly mammoth is typically relegated to paleontological reconstructions and depictions in childhood movies. But according to the team at Revive & Restore, a Bay Area nonprofit focused on the intersection between biotechnology and conservation, in partnership with Professor George M. Church of Harvard Medical School, a genetically-engineered woolly mammoth could be coming back soon to a tundra near you.

After a recent wave of funding, Revive & Restore is offering a postdoctoral fellowship to scientists who want to harness the power of biotechnology and genetic engineering for ecological conservation via de-extinction. De-extinction — the process of resurrecting species that have gone extinct — has significant potential for changing how we conserve species’ natural habitats. Revive & Restore’s Woolly Mammoth Revival project, which is inspired and supported by Church’s laboratory, aims to bring the woolly mammoth back to life and would allow scientists to reintroduce the woolly mammoth into its native habitat of the Eurasian and North American tundra.

When Church met Stewart Brand and Ryan Phelan, co-founders of Revive & Restore, in the early 2000s, the three hit it off. At the time, Brand and Phelan were interested in strategies for the de-extinction of the passenger pigeon, a bird that once occupied an important ecological niche in forests across North America. Meanwhile, Church’s focus was trained on the woolly mammoth, a similarly ecologically-angled project in which stem cell and genetic engineering tech could play a central role. After a series of meetings hosted at Harvard, National Geographic, and TEDx, the partnership between Revive & Restore and Church was solidified, and the Woolly Mammoth Revival project was underway.

Animating their nascent project is the potential for a revived mammoth to prevent the worsening of climate change. This work was inspired by Sergei A. Zimov, a Russian scientist who discovered that repopulating the tundra can help preemptively limit greenhouse gas emissions by preserving Siberian permafrost. Permafrost is a layer of soil that remains frozen beneath the tundra’s surface year round, trapping enormous amounts of greenhouse gases underground. Church refers to it as the Arctic’s “unique carbon sequestration method.” As the Earth warms and permafrost melts, that soil will release gas into the atmosphere, accelerating global warming.

Zimov’s solution to this impending disaster is the repopulation of the tundra with horses, oxen, and ice age beasts. Through grazing and ecosystem restoration, he argues, the frozen forest will be transformed into icy grassland with a healthy root system that can preserve permafrost and trap greenhouse gases. Church concurs; he says “the combination of saving the Asian elephants and restoring the Arctic is a very potent one,” and has decided to take one decidedly ambitious step further — actively pursuing de-extinction.

Church believes the woolly mammoth makes for a good candidate for this bioengineering and de-extinction project because the mammoths and their repopulation of the tundra pose an interesting “ecosystem approach” — a strategy that emphasizes thinking about ecological problems on a systems-level rather than focusing on an individual species — to addressing climate change.

Church’s team has a straightforward methodology for restoring the mammoth’s tundra prominence. By using induced pluripotent stem cells, cells that can be programmed into any cell type, scientists can insert mammoth-like traits, from increased fat production to thick fur, into the genetic code of cells from the Asian elephant, its closest living relative.

From there, scientists can engineer woolly mammoth embryos and introduce them into artificial uteruses — what Church hopes will be the first time a mammal is gestated entirely out-of-womb. Although using elephant surrogates for these experiments would be ideal, Church recognizes that this could be difficult since Asian elephants are themselves an endangered species. Scientists do not want to “use up reproductive cycles on experiments that may fail,” he says. After the birth of the baby mammoths from the artificial wombs, they will be raised alongside their Asian elephant cousins in zoos before their eventual release into the Siberian woodlands.

These woolly mammoths will be engineered with automatic disease immunity, making them much more likely to survive a rampant virus than the woolly mammoths of the past. The Asian elephant population has been devastated by Elephant endotheliotropic herpesvirus (EEHV), a deadly form of herpes that Church likens in severity to “the Black Plague for humans.” Church’s lab doesn’t just aim to reconstruct the woolly mammoth — they hope to genetically engineer immunity to EEHV within this new generation and give it an automatic advantage over its elephant cousins in the wild.

An active criticism of similar projects is uncertainty about the ethics of CRISPR and other genetic engineering technologies. Due to the widely publicized and experimental nature of CRISPR, which allows researchers to modify DNA sequences and alter gene functioning, many scientists using it for genome editing have faced public scrutiny of their work.

There’s also the cost-benefit analysis of diverting scientific resources to resurrecting already-extinct species. In a 2014 article in Yale Environment 360, for example, Stanford biology professor Paul R. Ehrlich wrote that “spending millions trying to de-extinct a few species will not compensate for the thousands of species lost to human activity.”

Church says that he and his team attempt to anticipate various negative scenarios and aim to address these issues, but must contend with “critics that are sometimes more creative than we are.”

From the logistics of birthing mammoths in laboratories to their eventual reintroduction into their once-native habitat, Church’s work with Revive & Restore poses numerous scientific challenges. It also opens an infinite number of biological, environmental, and ethical questions. Yet, for Church and the other scientists at Revive & Restore, one thing is certain: it is necessary that this ice age creature makes its comeback.