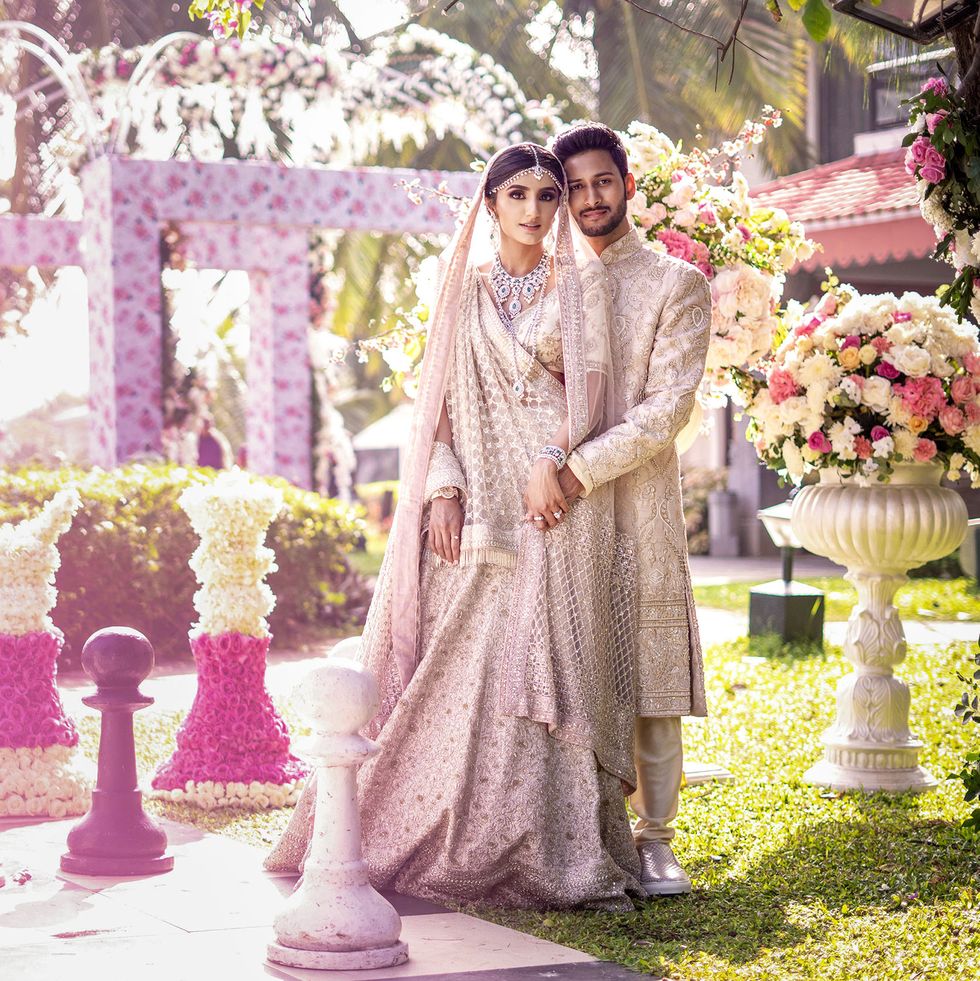 Netflix's "The Big Day." By Courtesy of Netflix
By Aarya A. Kaushik, Contributing Writer

Color-splattered scenes of a crowd dancing; a groom adorned with a turban; a bride clad in deep red and heavy jewelry. The global conception of an Indian wedding is dreamy and extravagant — a lavish escape from the everyday. This is a romanticized notion, whose grandeur lends itself to the stage and is therefore often the subject of television and film. It’s a striking image, but a hollow one, too. Netflix’s new miniseries, “The Big Day”, depicts six couples of Indian descent as they plan and execute their weddings. Instead of offering a nuanced view of the difficulties and variations in the couples’ planning processes, it plays right into this stereotypical ideal; indeed, that is its downfall.

As Condé Nast India’s first show for Netflix, “The Big Day” wants for nothing in aesthetic: The color-laden scenery, artistic camera angles, and sentimental score are dazzling (the amalgamation of indie music and classic Bollywood show tunes strewn throughout the show catches the ear and is clearly well-curated). The general aesthetic and execution of the show are undeniably beautiful, but it is the underlying material that unveils problems beneath the superficial surface.

“The Big Day” had an opportunity to tackle the topics of criticism garnered by “Indian Matchmaking,” which debuted on Netflix last year to the chagrin of many Indian/Indian-diasporic viewers. But it chose not to. Or perhaps it tried to, and just fell short: notable, in this case, is the inclusion of a gay couple’s love story. This is a nuance that has a much stronger impact when looked at from an Indian perspective than from a Western one, as BGLTQ issues in India are still quite precarious. In fact, despite a landmark 2018 case that decriminalized gay sex, India has yet to legalize same-sex marriage. BGLTQ Indians have been fighting for the constitutional right to be married for a long time. The government, especially in recent years, does not seem ready to take such a “progressive” step; indeed, one of Prime Minister Modi’s top lawyers has been vocally opposed to the legalization of same-sex marriage. So, the representation of a gay couple broadcast in their full splendor on television carries a lot of emotional meaning for an Indian audience.

Still, “The Big Day” leaves too many other marginalized groups behind. Where is the representation for Dalit Indians, who have been and continue to be weighed down under the heavy hand of caste? Where is the representation for dark skin Indians? For poor Indians? Class and caste are violent societal factors, the effects of which run rampant in India’s streets, but too often they are swept under the rug, especially in mainstream media. All of the couples in “The Big Day” are light skinned — just like the soundtrack, the cast seems to have been eerily curated, clumped on the white-adjacent end of the skin color spectrum. So much so that, when a caterer or construction worker or random citizen is shown in a fleeting shot, their dark(er) skin is almost surprising. But the truth is that India looks more like the workers depicted in the show than the brides and grooms — so why relegate our rich blend of skin tone to the background?

The answer lies in India’s long standing problems with colorism and classism. Indian and Indian-diasporic people have been speaking out against the erasure of dark skin Indians for a long time, but the silver screen is just not ready to pay heed.

Additionally the excessive partying depicted in the show borders on absurd; it calls to mind some relevant discourse that arose about “Crazy Rich Asians.” Similarly to that film, “The Big Day” often glorifies capitalism in a culture composed of working class and impoverished people.

The show also seems to hide under a guise of being “fake woke.” Multiple brides are shown centering themselves as the main planner of their wedding. One discusses how she chose not to do Mehndi (a traditional female-focused ritual), another to not be given away by her parents. But rather than coming off as progressive, this behavior reads like uninformed disdain for tradition, inconsequential progress, and inconsiderate treatment of family. One bride shuts down a dance her siblings had carefully put together with a simple wave of her hand. Another writes a poem from her parents’ perspective (to herself), distrusting them to be capable of doing so, and displays it in her wedding program. In this way, what tries to be feminist and “woke” instead reeks of inauthenticity and haughty self-absorption.

“The Big Day”’s fumble illustrates that representation means more than matching skin-color or cultural background. The show boils down to showcasing excessive indulgence that, in truth, only a handful of super-rich Indian families can afford. It had the platform and potential to make a transformative statement on uppercaste, lightskin, and wealthy privilege in India, but it turned away, becoming just another form of media that ignores and enables social injustice on the subcontinent.