Lights Up: So, Who’s Paying Tonight? 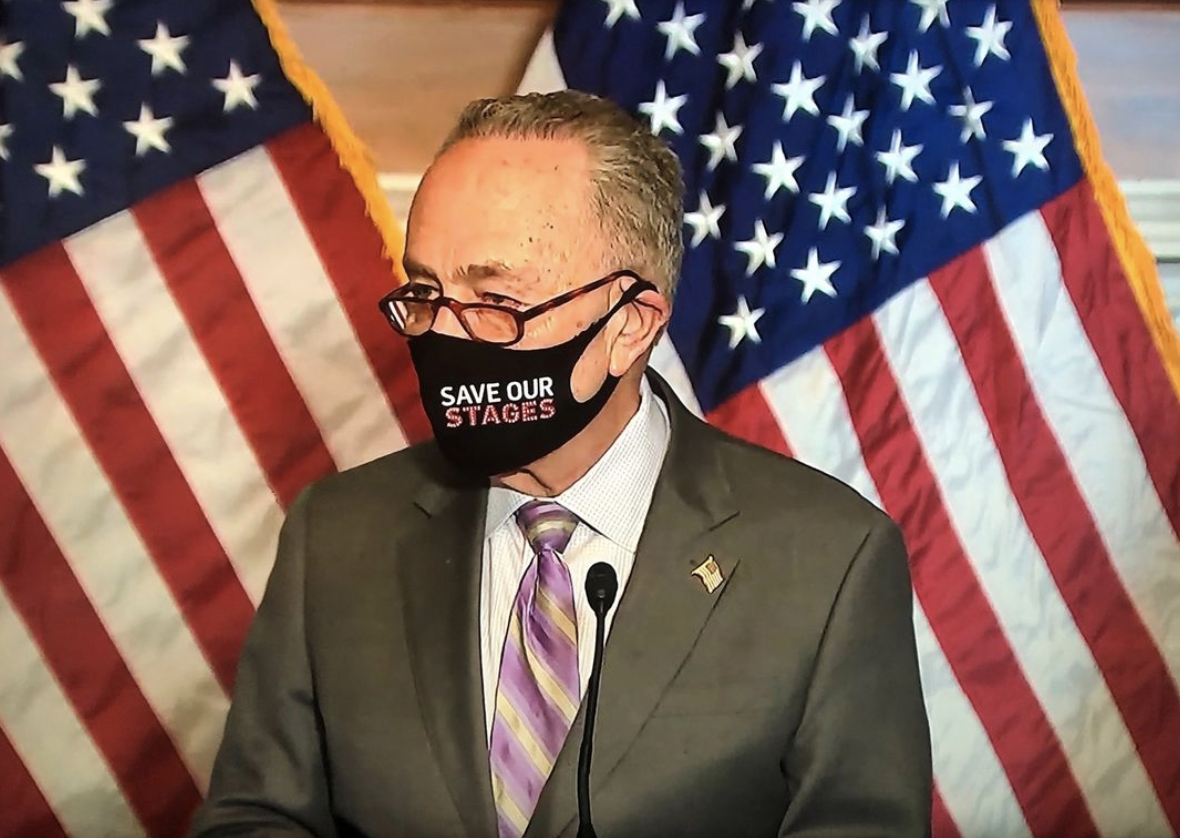 In Dec. 2020, Congress agreed to pass a $900 billion stimulus package in response to the coronavirus pandemic. To the surprise of many, the bill earmarked $15 billion for a version of the Save Our Stages Act, which provides grant money to cultural venues to cover rent, payroll, and maintenance. Though the bill follows the same general design of other Paycheck Protection Program loans — chiefly, to prevent layoffs and bankruptcies — the text of the bill makes clear that the grants are only for arts venues and administrators. Why leave out the artists themselves?

Save Our Stages neatly illustrates the U.S. government’s strategy vis-à-vis the arts: support the industry from afar without intervening in any art-making itself. In theory, this approach democratizes art; the artist is free to create a work and the public is free to celebrate or censure it themselves. But however well-intentioned, this laissez-faire system stifles the U.S. art industry’s progress and standing on the world stage. In an attempt to promote artistic freedom, America surrenders its art over to the private sector, which lines the pockets of leading art establishments in return for promotion and advertisement.

Those who fund the arts are entitled to special treatment at the venue. In America, arts organizations rely on individual and corporate donors to support their operating budgets and capital campaigns. If these entities suddenly decide that supporting the arts is not in their best interest, organizations are free to declare bankruptcy and go out of business, as many do. According to the Boston Symphony Orchestra’s 2019 annual report, Fidelity Investments, Bank of America, Dell EMC, and several individual benefactors each account for a larger share of funding than the Commonwealth of Massachusetts or the National Endowment for the Arts.

Arts organizations are subject to the same type of competition that all for-profit businesses are. But financial institutions like Fidelity aren’t supporting art out of the goodness of their mercenary hearts. Their charity earns them the complicated benefits of tax deductions and brand exposure. Arts institutions are simply the blithe beneficiaries of a game of pecuniary chess between wealthy corporations and the government. In this way, the trivia of revenue law decide the next show on Broadway, or repertoire of the Cleveland Orchestra, or exhibition at the Metropolitan Museum of Art.

This American attitude towards art is unique. Most other countries have a Cabinet-level executive that heads a nationalized Arts and Culture Department. The United States has no such thing; instead, the National Endowment for the Arts, an independent federal agency, provides the arts sector with grant money and works with state-level cultural councils. Despite America’s art-rich landscape, the NEA is a surprisingly weak institution. In fiscal year 2020, it only received $162 million, or 0.003% of the federal budget, paling in comparison to neighboring Mexico’s National Fund for Culture and Arts’ $440 million and $268 million for Canada’s Council for the Arts. Compared to peer nations, the United States pays embarrassingly little for art.

Though some, including influential producer Quincy Jones, have lobbied presidents for a Department of Arts and Culture, art’s independence from the mercurial Executive Branch is valuable. Imagine an arts sector with a financial situation that drastically changed with every new administration, defenseless against a seemingly art-indifferent or art-hostile president. The idea of a single Cabinet executive tasked with managing a sector as diverse, opinionated, and political as the arts is also troubling — what one person could possibly be a fair spokesperson for such a broad category?

As the art world is shaken by prolonged venue closures, art in America will be stuck in a cultural holding pattern if this system is allowed to continue. New art, works outside of the establishment, and regional art institutions will always be forced to play second fiddle to the giants of metropolitan fine art. Regional theaters traditionally serve as stepping stones to Broadway, but cannot do so if they declare bankruptcy next month. Small art institutions, those less likely to have multimillion dollar corporate “partnerships” and more likely to give a platform for new art from up-and-coming artists, require Washington’s outstretched hand in order to keep American art alive. They need a stronger NEA, a class of government arts managers to help institutions that would otherwise find themselves in bankruptcy, and a federal reckoning with the state of the arts industry: a prioritization of new art.

America needs to establish a ladder, equipped with a safety net, to ensure the nation’s future cultural treasures aren’t grounded before they even attempt to climb. Our current system is just an illusion of artistic freedom, which actually leaves us unfree to see, hear, and experience anything new. When the lights come up, at the behest of art’s financiers, many will rush to dust off the old. But we owe it to ourselves to leave those bygones dusty, and release art from the shackles of Wall Street.

Lights Up is a new think piece series in which writers reflect on structural and institutional problems in the pre-pandemic theater industry and consider how they can be addressed moving forward.