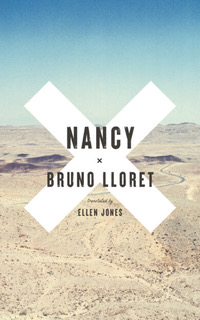 “Nancy,” Chilean author Bruno Lloret’s first novel, tells the tragic life story of its eponymous protagonist, a 17-year-old runaway from a poor, fractured family in Chile. Her story is one of a desperate struggle for survival in an unforgiving, absurd world, where poverty and discontent are unquestioned axioms of living. The emotions of the text are raw and heart-wrenching to the point where it nearly becomes downright depressing.

But such a condemnation of the novel would overlook its purpose: critiquing the powers in society that cause the lives of so many Chileans to be so dismal. Indeed, “Nancy” is, at its heart, a social commentary, and the blows that send its protagonist to her lonely end are Lloret’s attempt at drawing attention to the flaws of modern Chilean society. Lloret’s harsh criticism of heavy industry (e.g. mining, canning) and Christian denominations that consume the lives of Chileans are particularly damning, as he frames these powers as taking advantage of the most vulnerable members of society: those who struggle to just put food on the table.

At the heart of what makes “Nancy” so evocative is Lloret’s writing, which is as thoughtful as it is poetic. The story, which is told in first person, is more fragmentary than cohesive, mixing snippets of dialogue with short passages of description. The tone is resigned and rather void of emotion, and yet Lloret’s final product truly is artful. His (and the translator Ellen Jones’) word choice is such that with even one short sentence he shows himself capable of conjuring up breathtaking images of arid salt flats, distant mountains, expansive beaches, and post-apocalyptic towns. But perhaps what is most impressive about Lloret’s writing is the rich religious symbolism that he weaves throughout the novel, combining it with shocking images of despair and desperation to convey a clear and powerful critique of society.

The most memorable element of “Nancy,” however, is the bold black X’s scattered across every page, breaking up dialogue and description and in many instances taking the place of traditional punctuation; in his letter to the reader, Lloret himself refers to his use of the X’s as “el Cruceo” (the Cross), another allusion to Christian symbolism. Whether they represent a break in the conversation, or a pounding heartbeat, or even a symbolic hourglass, their meaning is entirely subjective, but they make reading the novel a uniquely visual, tangible, and personal experience. Lloret’s use of el Cruceo is particularly effective when it breaks up dialogue or action, adding an element of silence into the text that changes the meaning of the words around it. It is what allows Lloret to develop subtext and evoke so much emotion with short and terse sentences; indeed, el Cruceo truly is a crucial part of the novel’s success.

“Nancy” is a unique read deserving of any thoughtful reader’s attention. Its descriptions are rich, its emotions moving, and its symbolism profound. On top of all that, Lloret’s use of el Cruceo adds an extra element of creatively interactive storytelling between the reader and the text. In sum, it is an engaging work that will leave its readers pondering its themes long after they’ve finished the final page, powerfully drawing attention to harms done to everyday Chileans by merciless heavy industry and domineering religious groups.