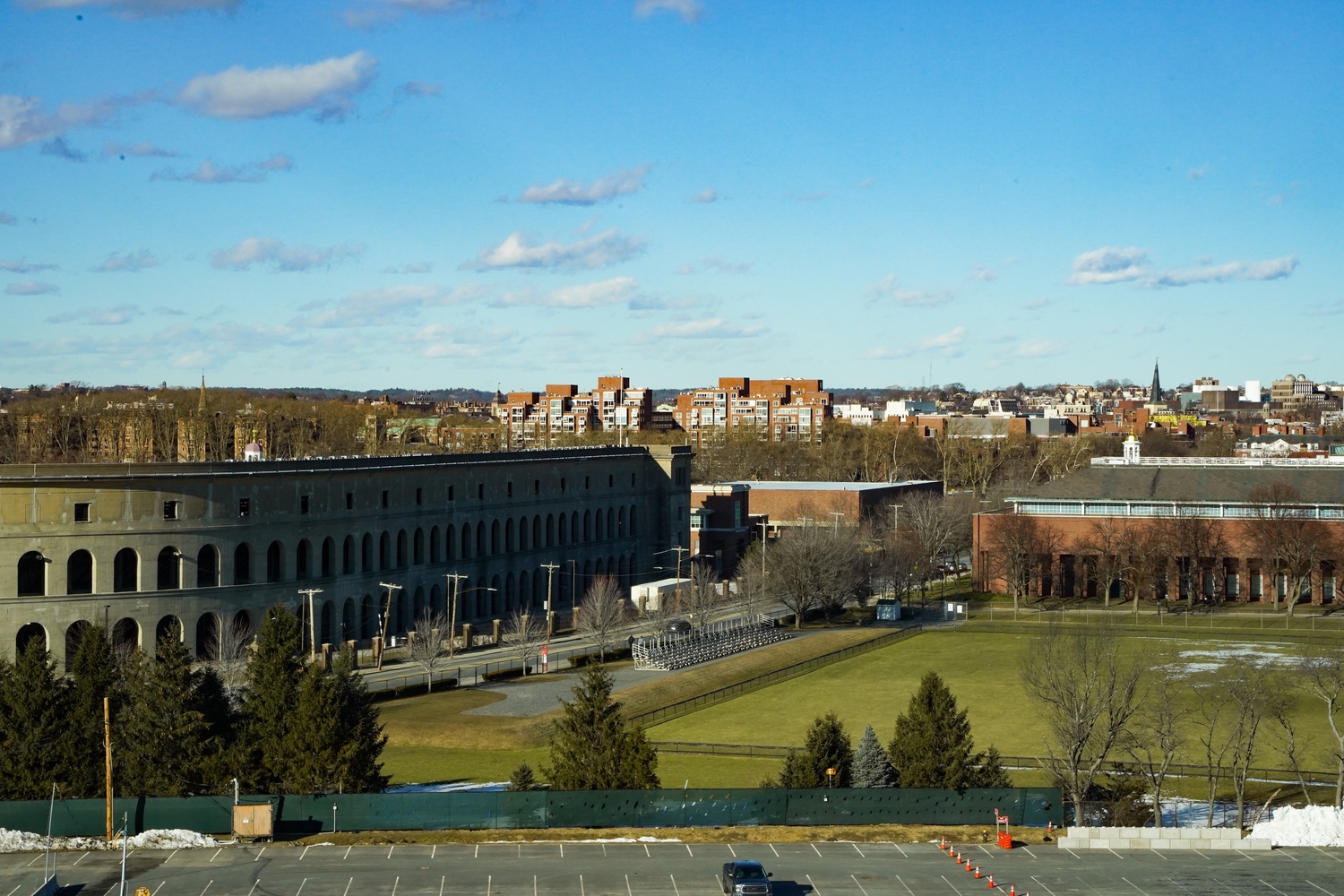 Harvard University Athletics Complex and Harvard Business School are on opposite sides of North Harvard Street. In a break with tradition, the Ivy League is allowing this year's seniors to compete in athletics as graduate students. By Steve S. Li
By Benjamin L. Fu, Crimson Staff Writer

The presidents of the eight universities in the Ivy League announced in February that they would grant a temporary waiver for current senior athletes — all of whom lost a season of competition due to Covid-19 — to compete as graduate students, a break with longstanding League policies barring graduate students from athletics.

Notably, the decision came at a time when many Harvard and Ivy League graduate programs’ application deadlines had already passed.

University President Lawrence S. Bacow signaled in a webinar with student athletes last week that Harvard’s graduate programs will not extend their deadlines for senior athletes in light of the League’s new policy.

“I think to go back and ask graduate programs to reopen their admissions is a bridge too far, because it does sort of become the tail wagging the dog,” Bacow said during the webinar.

McDermott said in an interview last week that members of her department “haven’t had conversations” with the University’s graduate programs regarding athletes’ admissions into their schools.

Rather, McDermott said Harvard Athletics is helping a “handful” of students who have expressed interest in using the waiver by offering advice and providing written support through normal admissions channels.

“What we have done is had conversations with the students who have expressed interest in doing this and making sure that they understand what they need to do,” she said. “Definitely providing letters of recommendation if they ask us for those, whether it’s coaches or other people.”

However, according to Anna Ivey, a former University of Chicago Law School admissions dean who now works as an admissions consultant, an advantage for athletes has not been established in Ivy League graduate school admissions.

“Historically with grad school, the admissions office has not had these formal relationships with the coaches and athletic recruiting the way undergrad has,” Ivey said.

Still, Ivey said Harvard student athletes who apply to the University’s graduate programs may already have a “small bump” in the admissions cycle given their Harvard affiliation.

“Would it get you into a Harvard graduate school if you’re not otherwise competitive? Probably not,” she said. “But it certainly does not hurt you to have done undergrad at Harvard.”