‘The Falcon and the Winter Soldier’ Review: A Strong Takeoff with the Potential to Soar 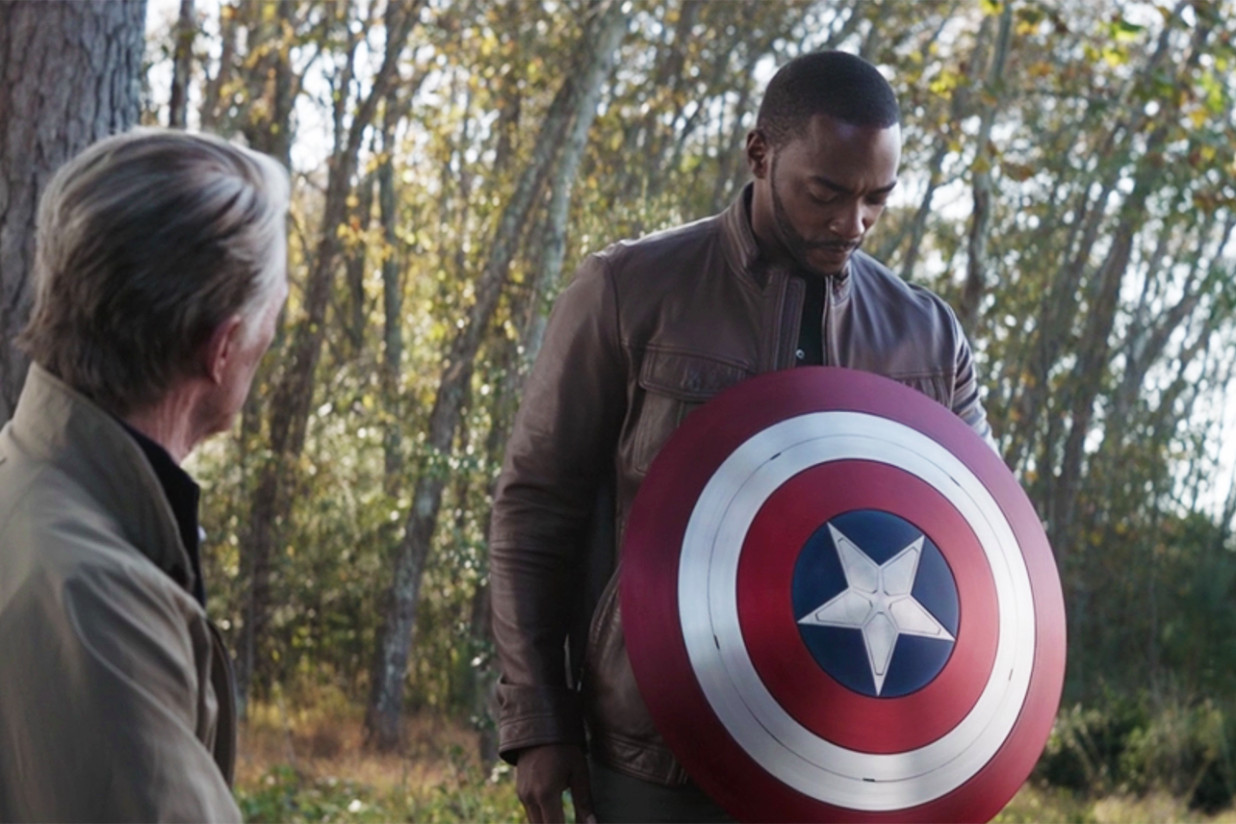 "The Falcon and the Winter Soldier." By Courtesy of Disney+
By Annie Harrigan, Crimson Staff Writer

On March 19, the highly anticipated “The Falcon and the Winter Soldier” debuted on Disney+ with the highest viewership numbers the platform has ever seen. Taking place six months after the events of “Avengers: Endgame,” the first episode of the miniseries follows Sam Wilson (Anthony Mackie) and Bucky Barnes (Sebastian Stan) as they navigate their new lives after the return of half the world’s population and the disbanding of the Avengers. The 1.7 million households that tuned into the first episode were met with fan-favorite characters and their burgeoning backstories, impressive action scenes typical of the Marvel Cinematic Universe, and an ultimately enjoyable premiere that sets up the trajectory of the rest of the miniseries and excites audiences for what's to come.

The show opens with Wilson (better known as the Falcon), working with the U.S. Air Force to stop a terrorist group in Tunisia and donating Captain America’s shield, passed down to him in “Endgame,” to the Smithsonian. Meanwhile, a recently pardoned Barnes attempts to build a new, normal life after his time as a brainwashed assassin, attending government-mandated therapy, befriending an elderly man, and going on his first date in nearly a century.

From the beginning, it is obvious that “The Falcon and the Winter Soldier” is an action-packed series, filled with both serious moments that move the story forward and perfectly-timed, much-needed comedic relief to offset them. Fans of the MCU will appreciate the opening battle scene in which the Falcon (without a parachute, of course) free falls from a soaring plane, much like Captain America did in “Captain America: The Winter Soldier.” The flashback scene featuring Bucky completing a mission as the Winter Soldier will excite seasoned fans of the universe, reminding them of Bucky’s dark past and just how far he has come since his time as an assassin. The series wastes absolutely no time letting audiences know that — despite being on the same platform that hosts “High School Musical: The Musical: The Series” and “Hannah Montana” — this show will not be as family-friendly as some of Disney+’s other offerings. There will be violence, which is fortunately not all gratuitous, and there will be mildly colorful language. It is obvious that this show, beyond reviving fan favorite characters, is truly part of the next phase of the Marvel Cinematic Universe and made specifically for its dedicated fans.

While the strong narrative ties to the MCU films and the nostalgic feelings they evoke for fans are one of “The Falcon and The Winter Soldier”’s greatest strengths, they also hold the series back. In attempting to recreate the feelings of watching an MCU film, the premiere feels like an incomplete feature rather than a properly adapted series. Rather than coming to some sort of cinematic resolution, the first episode of “The Falcon and the Winter Soldier” ends with an unsurprising plot twist that anyone who never read the comics still could have spotted from a mile away. This lack of resolution would be a nonissue if the show was released all at once instead of weekly, allowing audiences to jump into the next episode immediately instead of being left sitting there, mildly disappointed. Even accepting the weekly structure, “The Falcon and the Winter Soldier” could have followed the lead of DIsney+’s wildly successful “WandaVision,” where each episode ends with an individual resolution but still builds towards the overall narrative arc of the entire series.

Further, another downfall of the episode is that there is no interaction between the two titular characters. The episode alternates between scenes of Wilson struggling with the idea of taking on the mantle of Captain America and keeping his family’s fishing business afloat with scenes of a recently pardoned Barnes attempting to build a life. Although this structure allows audiences to catch up with both characters individually and for the two to have the spotlight to themselves for a little while, the amount of screen time they receive is uneven, working in Wilson’s favor rather than Barnes’. Fans are left wondering if/when they are going to get the buddy comedy scenes promised by the show’s trailer.

Despite its disappointments, the episode is overall entertaining, builds anticipation for the rest of the series, and absolutely delivers on its promises of MCU-esque plot and production. Although the episode feels unfinished, this may actually work in its favor and entice audiences to watch the next episode and keep following the story. Furthermore, by keeping Wilson and Barnes apart, the series makes the 1.7 million households who streamed the first episode come back for the second so that the show can finally feel like “The Falcon AND the Winter Soldier” rather than “The Falcon OR the Winter Soldier.” The premiere sets a solid precedent for the rest of the season that signals to fans of the MCU (and, more specifically, the Avengers) that although there are no more Avengers films, there is still more quality MCU content ahead.

—Staff writer Annie Harrigan can be reached at annie.harrigan@thecrimson.com.