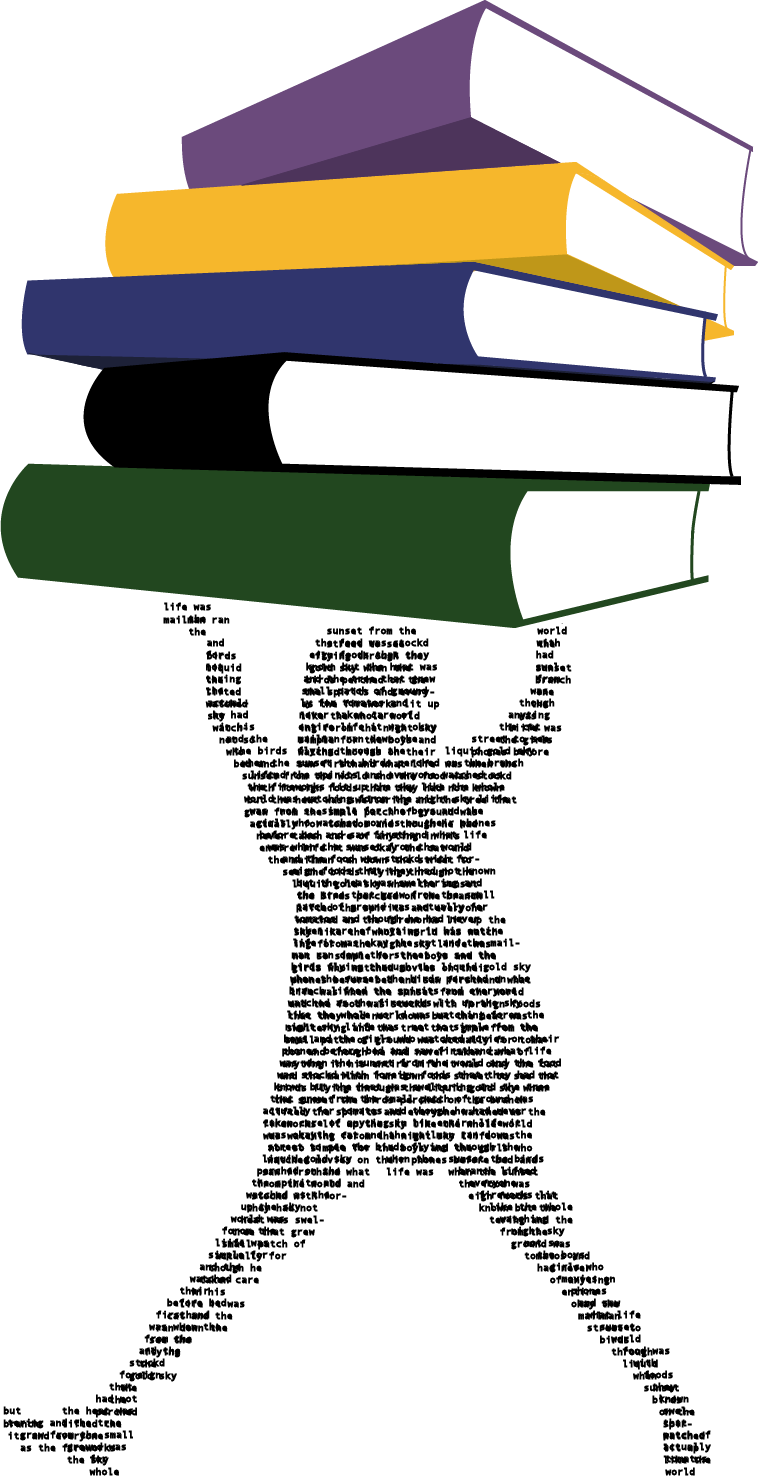 Reading My Way Back To Myself

I read because I remember everyone before me who shared a piece of themselves through books.
By Zoe B.R. Goldstein

The words don’t exactly roll off the tongue: I am an English concentrator, and I am taking the semester off from school because I want to read books.

But they are the truth.

Heading into 2021, I made one resolution I might actually be able to keep. Unlike in previous years, when I’d vowed to eat less sugar or to be a better sister, my resolution this year is concrete: I want to read 52 books in one year.

I first cultivated this dream with my English teacher way back in high school as I made preparations for a pre-college gap year. It was his dream, he said, to take a year off from teaching and read a book per week for an entire year.

At the time, this goal seemed unexciting. My junior year of high school, with that same teacher’s guidance, I had already tackled many dense works of famous literature. I graduated from high school with “Invisible Man,” “Anna Karenina,” “Consider the Lobster,” “Lonesome Dove,” and “Beloved” under my belt.

So instead of reading, I spent my gap year traveling in Peru and Bolivia, working as a ski instructor, road tripping, and generally avoiding anything that resembled a challenging book.

Something had changed when I turned 18. Growing up, I was always reading — walking down the street, upside down on the couch during dinner, two hours past bedtime making covert use of the lamp on my bedside table. One school vacation, I read eight books in 10 days. Yet somehow, I didn’t want to read, or even want to want to read, anymore.

Of course, when I chose English as my concentration as a sophomore because I wanted to write (not read), I knew that I was picking a major that involved reading. Entire books’ worth of reading — the kind of books that, honestly, scared me a little. But I signed on, in part, with the somewhat reassuring knowledge that I had (shh) made it through my whole first year without finishing a single book for class.

As an English concentrator, I finally leaned into the coyness embedded in Jane Austen’s depiction of consciousness in “Pride and Prejudice.” I read short stories from writers who had received their MFAs at Iowa Writers’ Workshop and were published in The New Yorker. I even tried my hand — twice — at writing short stories of my own, and I loved it. But the magic of reading? It still wasn’t there.

It wasn’t there until, sitting in my backyard on an unusually warm April day, I cracked open Anton Chekhov’s collected short stories for class and read “Gusev.”

In many ways, the story was far from what I knew. The titular Gusev was a soldier from the Russian military riding in the belly of a ship, trying desperately to make it home before he was killed by consumption. I was a college student trapped in Cambridge, dressed in a quarantine uniform that looked suspiciously like my burned-out-high-school-senior look of sweatpants and a pullover, who could barely bring herself to finish a single book for class.

But Gusev was dying of consumption, a story that was becoming all too familiar as we traveled deeper into the belly of the pandemic. It made me want to want to read.

In “Gusev,” I saw the fear experienced by patients isolated in Covid-19 wards, unable to see even their families. “I haven’t written home,” Gusev said toward the (spoiler) end of his life. “I shall die and they won’t know.” I saw appalling anti-Asian racism, a fact that makes it difficult to read. I saw mistrust of leadership, attempts to come to terms with death, and the feeling, presented by a fellow occupant of the ship’s sickbay, that, “the worst of it is that they know perfectly well that you can’t last out the long journey, and yet they put you here.” The “they” feels universal.

This is what I look for in literature: words to tell me how I am feeling before I know I am feeling it. Imagery that challenges me to step outside of what I know. Prose so beautiful I have to stop and read it again, and again; sometimes dashing quotes on sticky notes and placing them in strategic locations; always underlining.

When classes started in September, I fell in love with literature again. Each day, I sat in my apartment in Somerville, leaving only to take walks and go to the grocery store. Unmoored from the activities that crop up on campus and desperate for an escape, I was finishing books, often two per week. And the books I was reading allowed me to experience the thousands of lives I was not living — often painfully, often in ways that pushed my worldview far beyond my academic bubble. Not only did I want to want to read, I just plain wanted to read.

So in January, when Goodreads, an app designed for people to share their reading experiences with friends, suggested I set a reading goal for the year, the conversation with my high school English teacher returned: 52 books in one year.

Overeager in January, I sped through classics (Salinger’s “Franny and Zooey,” Morrison’s “The Bluest Eye,” Huxley’s “Brave New World”), contemporary (Orange’s “There There,” Vuong’s “On Earth We’re Briefly Gorgeous,” Ng’s “Little Fires Everywhere”), and many in between. I spent much of February slogging through a second attempt at Faulkner’s “Absalom, Absalom!,” after only making it through a third of the book when I read it for an amazing class my freshman fall. Next came Saunders’s “Tenth of December,” and van der Berg’s “The Third Hotel,” delighting in both authors’ subversive (or, as I like to say, “bait-and-switch-y”) styles.

It is spring, and once again, I am carting around books everywhere I go — doctors’ offices, car rides, and (most often) from my bedroom to the kitchen and back again. Rare are the days that end without a page turned in my latest book.

As of March 21, I am three books ahead of schedule, and the challenge has changed in format. I still plan to read 52 books, but the more I read, the more I find the act of reading meaningful and enjoyable in its own right.

I read because I remember everyone before me who shared a piece of themselves through books.

I read because sometimes the things that aren’t real are actually the most real.

I read because I am lucky, and I can.

I read because I am finding my way back to myself.

— Magazine writer Zoe B.R. Goldstein can be reached at zoe.goldstein@thecrimson.com.