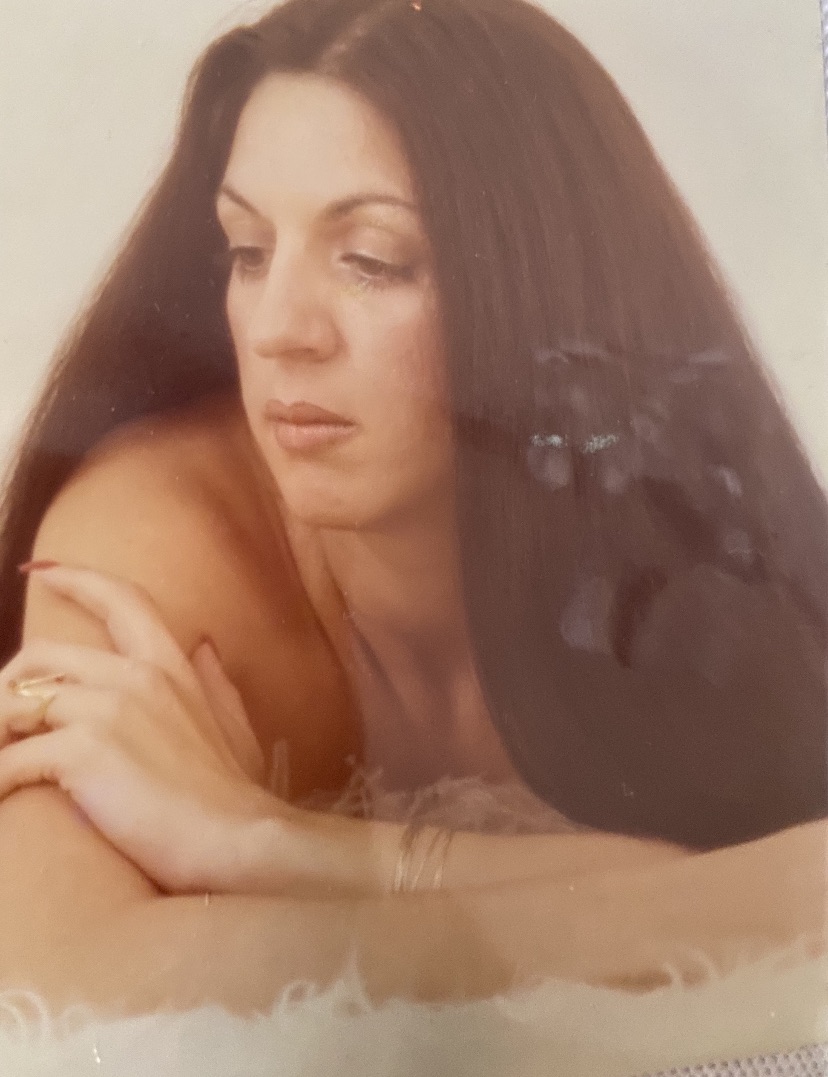 A Little Too Spanglish

And while my grandmother would say nothing is worth the pain of displacement, I find meaning in her forced resilience. My family knows how strong they are because they had no other choice than to become what they needed to be to survive. And because of that knowledge, they possess a deeper sense of belonging in a country they immigrated to than it seems I ever will, having been born here.
By Nina I. Paneque

Home is the sticky humidity that assaults me as I step off the plane. It’s the pleasant bustle at the countertop of Versailles restaurant, and the warmth of a quick shot of cafecito fueling the final drive home from the Miami airport. This journey is one I’ve made countless times, an ingrained routine I perform with my eyes literally half-closed, teetering from the exhaustion of traveling. It is one of the most comforting experiences I know.

But home ise something else, too. It is the familiar flush that creeps across my cheeks as I stumble through my order at a restaurant. It’s rolling my R’s in all the wrong places, saying all the wrong things. It’s that slightly condescending smirk correcting me for trying too hard to be something I’m not. Home is volatility and weariness, a sense of cultural limbo that leaves me feeling perpetually disoriented despite my familiarity with Miami’s geography. Welcome home, gringa.

I exist in the middle. As a second-generation Cuban American, my identity vacillates. At school in Boston, I’m basically Sofia Vergara: My roommate thinks that because I can pronounce my brother Andres’ name, that means I’m fluent (even though that should be the one word I get right — I’ve only had sixteen years of practice). The truth is that my Spanish is conversational on a good day.

At home in Miami, of course, I’m considered awfully American. My parents’ world — one colored with the vibrancy of merengue and café con leche — is something always out of reach. I can hardly dance salsa or correctly sing the chorus of Lloraras. More seriously, my liberal values stand in stark opposition to the social conservatism of my traditional Cuban family.

Growing up, these small shortcomings tumbled together, becoming a much larger insecurity. My friends at my predominantly Hispanic high school, many of whom are first-generation immigrants themselves, have always been able to take ownership over the events we studied. Where they added their own experiences to the trials depicted in our study of the Cuban Revolution, I could only learn from an outside perspective. While I wanted nothing more than to be part of the colorful culture uniting my friends and family, I knew I was different.

I quickly realized that I would never really be able to understand the violent refugee narrative of displacement my family and friends experienced. How could I? These were not events I had lived through. While their presence throughout my childhood was always made known, my life has been one of privilege and safety. And shouldn’t I be happy about that?

I know it’s selfish to want to be part of something so awful. Frankly, my grandmother would slap me across the cheek if she heard me say that I wish I could have experienced some of the most uncertain and terrifying moments of her life. Uprooted at the age of eight, she came to this country with only $7 to her family’s name and a broken heart for those left behind. Everything she and the rest of my family have done since then has been to spare me from such suffering. What kind of person longs to go back to a place that has caused so much pain?

But where my grandmother sees pain, I see beauty. Her English has the slightest lilt, a gentle nod to her mother tongue. When she walks, she dances, the swing of her hips a perpetual acknowledgement of the deep-seated rhythm that moves her in everything. Even her odd phrases, translated directly from Spanish, provide an untold comfort in their unique way: “Don’t worry about that boy, mamita, he just thinks he’s the last Coca-Cola in the desert.” 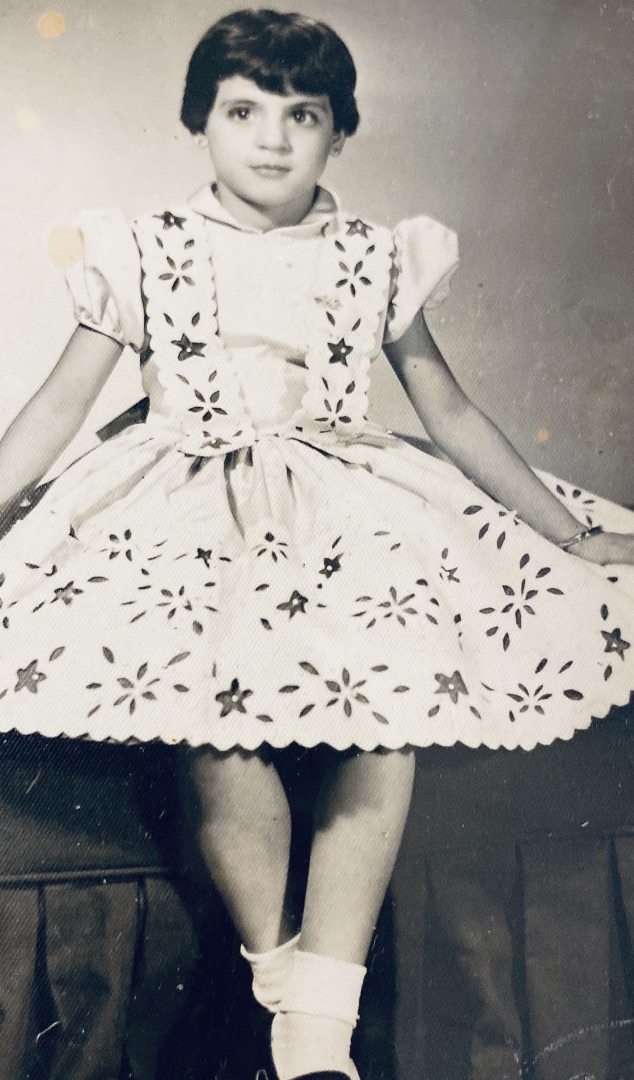 Nina's grandmother as a child. By Nina I. Paneque
Advertisement

And while my grandmother would say nothing is worth the pain of displacement, I find meaning in her forced resilience. My family knows how strong they are because they had no other choice than to become what they needed to be to survive. And because of that knowledge, they possess a deeper sense of belonging in a country they immigrated to than it seems I ever will, having been born here.

So I stopped trying to fit in, and avoided anything that might call attention to my many shortcomings. When people asked where I was from, I didn’t even mention Cuba. When I had to pick a language to study throughout high school, I chose French. “No one expects me to understand this,” I thought. “I won’t disappoint anyone.” On the weekends, I sought validation from blogs listing Latina celebrities who couldn’t speak Spanish — Selena wasn’t fluent until adulthood! I tried to convince myself that I didn’t need a culture I felt had already rejected me.

I considered my inability to speak fluent Spanish as some sort of barrier to the rest of my Cuban culture. I was so embarrassed by sounding like una Americana when I spoke that I remained silent. Why was every other member of my family able to learn without language classes? What was I missing?

It wasn’t until I got to college that I realized fluency isn’t a magical threshold you cross after some indeterminate amount of time. I saw people who were from many cultural backgrounds speaking Spanish they had learned in classrooms, and it was totally valid. Sure, maybe they had an accent, but who cared? They were communicating and getting by. Why couldn’t I do the same?

In allowing myself to be so defined by the expectation that I should speak perfect Spanish as a Latina woman, I never learned at all. While it’s true that being fluent might help me fit in a little more at home, it’s not everything. Frankly, I’m not even sure I want to be “as Cuban” as the rest of my family.

Of course, there are beautiful things about the Cuban culture — its passion, its tenacity — but it’s far from perfect. My family is far from perfect. They’re loud and single-minded. They can be unforgiving of those who represent anything beyond the world they believe in. My liberalism, for example, is something I’m incredibly proud of, and it’s not particularly “Cuban,” at least not among the older generations. I wouldn’t want to give that up even if I could fit in perfectly.

Assimilation is an interesting paradox: The better you are at fitting in, the more you stand to lose. My grandparents assimilated very well, becoming fluent in English as teenagers and leaving my parents with an understanding of Spanish that they’re still perfecting today. Maybe if things had been different and my family put more emphasis on our language and culture, I’d be “a little more Cuban.” But then it would have been my children or grandchildren who ended up gringos. It’s inevitable.

When I stopped treating my heritage as something to be idolized, I started understanding it for all that it is — faults and beauty alike. I’ve realized that I am not any less a part of my family’s world just because I hold different beliefs, or because my Spanish is not perfect. In fact, those imperfections might serve to enrich the community to which I belong. Home, for me, is not a perfect sense of cultural belonging; it’s a space which I must learn to make my own.