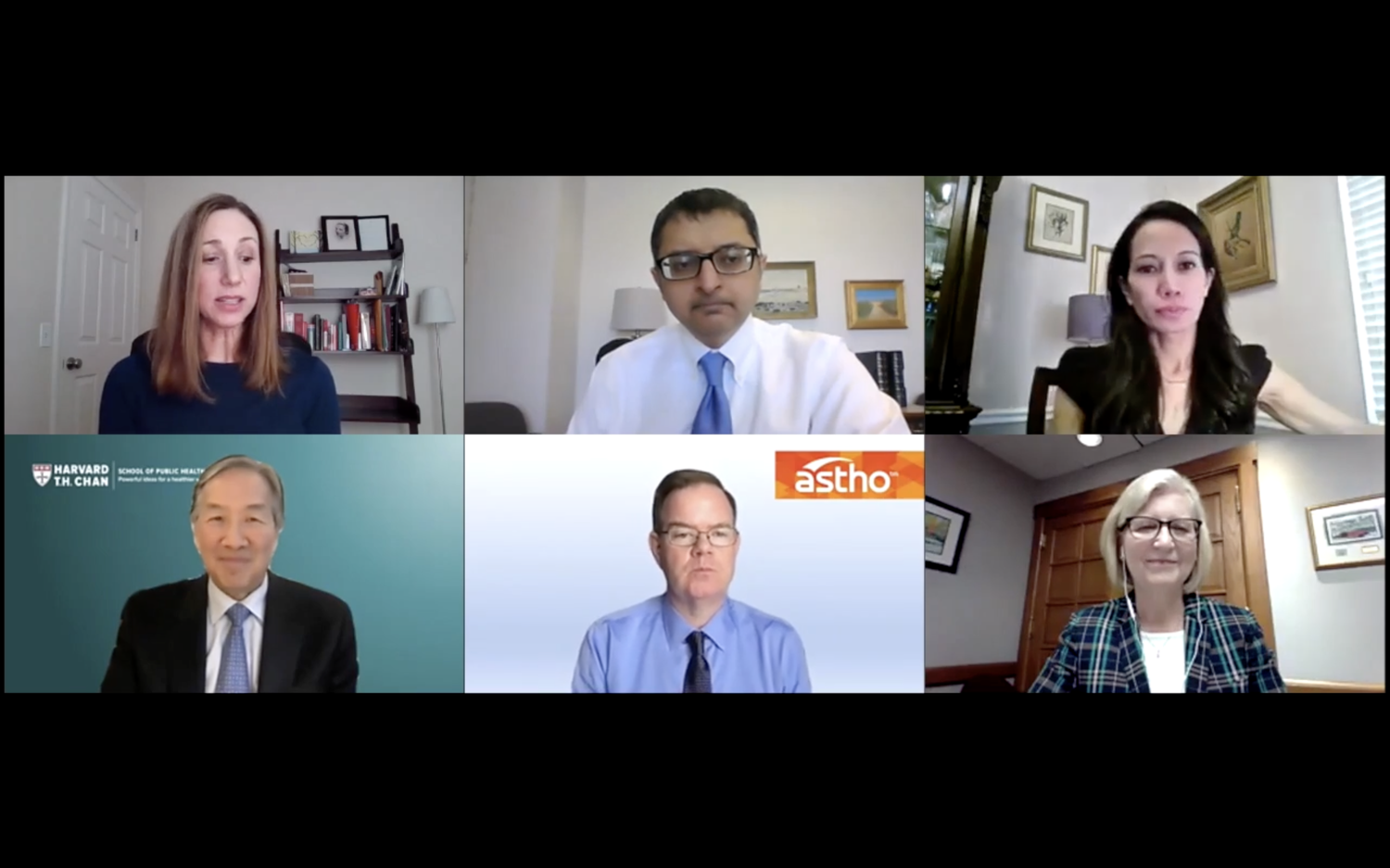 The event, entitled “The Vaccine Rollout: Perspectives from the States,” featured five health policy experts and state health commissioners who shared insights to more than 200 viewers on the current state of vaccine distribution. The conversation was moderated by Reuters health and pharma correspondent Caroline Humer.

Howard K. Koh, a School of Public Health professor, kicked off the conversation explaining the current position of the United States in the Covid-19 pandemic.

“We are at a critical inflection point in the pandemic response. And it’s a time filled with great emotion,” Koh said. “Images of relief and even jubilation are everywhere, people [are] overcome with tears of joy when receiving their shot.”

The state officials on the panel discussed how their states have responded to the newly developed vaccines. Indiana State Health Commissioner Kristina M. Box described how Indiana is prioritizing by age, giving the elderly population top priority. To make vaccine distribution as accessible as possible, Indiana health officials are working with local organizations, like libraries, to help residents register for their vaccines.

Ayne Amjad, commissioner and state health officer at the West Virginia Bureau for Public Health, focused on the importance of “messaging.” For example, instead of “mass clinics,” health officials opted to use “community clinics” because research revealed that the term “mass clinics” was not as effective in encouraging people to get vaccinated.

“Words do matter when you want to get trust built up,” she added.

Despite current progress with vaccine distribution, the panelists expressed some concerns.

Koh said now is not the time for complacency, as there is still work to be done.

“We are still running a public health marathon, and we can’t stop with the finish line in sight,” Koh said.

The recent authorization of the Johnson & Johnson vaccine has increased vaccine supply, and the Biden administration has promised there will be enough vaccine for every adult by the end of May. Currently, 22.2 percent of Americans have received at least one dose of the vaccine.

A remaining challenge is vaccine hesitancy, according to Nirav D. Shah, director of the Maine Center for Disease Control and Prevention. Shah said he thinks this issue could be best grappled with through some combination of national and state-level campaigns that would instill confidence in the vaccines.

Box pointed to another key challenge regarding the vaccine: inequities in rollout among different ethnic groups. Black communities get vaccinated at about half the rate of white populations, Box said.

“Communities of color that have suffered the most are often the least vaccinated, and that’s simply unacceptable,” Koh agreed.

Michael Fraser, CEO of the Association of State and Territorial Health Officials, also spoke regarding the need for data modernization in the public health infrastructure.

“We could have saved a lot of lives, and certainly a lot of dollars, if we had a robust public health infrastructure, and shame on us if we don’t use this opportunity to really build that for the future,” Fraser said.

The debate over Covid-19 vaccine rollout has highlighted several gaps in the United States public health system, the panelists said. Several panelists said they hope that, looking forward, the pandemic will act as a catalyst for much-needed changes.

“For the past year — year and a half, almost — the American people have seen what state public health does in action, and what we can do when the chips are down and when we are called upon by our constituents to help out. This is what we do,” Shah said. “And now, given the funding that’s been made available, we have before us the task of thinking about what the next phase of public health looks like in this country.”