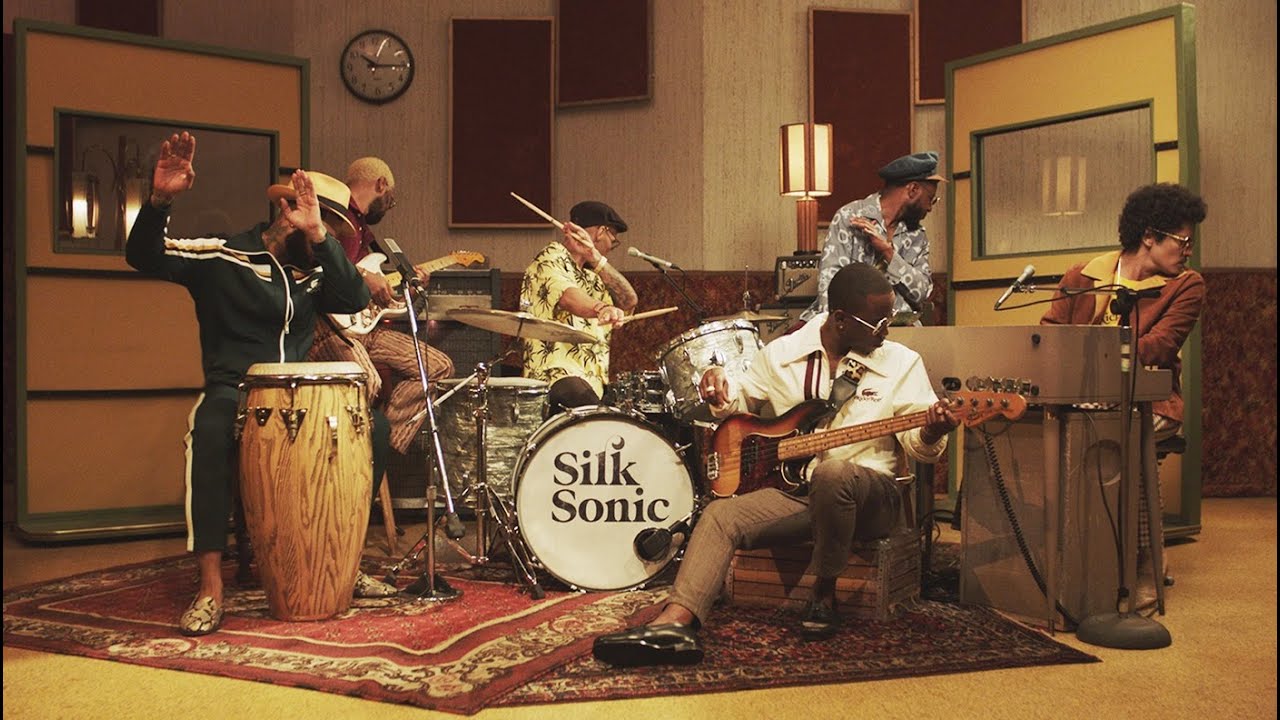 Bruno Mars and Anderson .Paak’s much anticipated joint single “Leave the Door Open” from their upcoming debut collaborative album “An Evening with Silk Sonic” merges the duo’s unique sounds and transports the smooth and sultry energies of 1970s soul and 2000s R&B into 2021.

Silk Sonic members Anderson .Paak and Bruno Mars have independently curated distinctive musical styles throughout their careers. For Paak, this style is most noticeably influenced by funk and hip hop, with his 2018 album “Oxnard'' combining the vibrant percussive instrumentals of his band Free Nationals with influences from rappers like Snoop Dogg and producers like Dr. Dre. Named to XXL Magazine’s 2016 Freshman List, Paak’s smooth flow and genre-bending musicality blend easily with Mars’ soulful energy.

Citing Prince, Michael Jackson, and James Brown as influences, Mars epitomizes modern soul and R&B with his sultry and smooth vocals. With funk, reggae, and Motown elements apparent in many of his major projects, such as his last album “24k Magic,” some argue that his adoption of historically Black styles of music is cultural appropriation, given his Filipino, Ashkenazi Jewish, and Puerto Rican heritage. However, in an interview with The Breakfast Club, Mars defends his style as a form of cultural appreciation, reminding listeners of “Leave the Door Open” that his music “comes from love.”

In “Leave the Door Open,” Silk Sonic generously leans into this love, resulting in a project that practically oozes nostalgia and sex appeal. Much of this familiarity is rooted in .Paak’s Motown-esque percussion. The slow rhythm .Paak maintains during the verses feels like something everyone should snap to while the quicker tempo of the chorus creates a feeling of mounting need as Mars begs to “leave the door open.” Accompanied by the higher notes of D-Mile’s piano and the depth of Brody Brown’s bass, “Leave the Door Open” tells an entrancing sonic story of desire and seduction.

Against this breathtaking production, the lyrics have the potential to fall a bit flat. In sticking with a theme of seduction, Silk Sonic’s musings on “sippin' wine (Sip, sip) in a robe (Drip, drip) / I look too good (Look too good) / To be alone (Woo, woo)” are nowhere near as complex as the song’s instrumentation. However, the simplicity of these lyrics makes for an extremely enjoyable listening experience, as they’re easy to both relate to and sing along with. When paired with .Paak’s easy flow and Mars’s smooth vocals, who wouldn’t enjoy being asked to “lay in these arms?”

With liquid gold musicality, velvety vocals, and relatable lyrics, “Leave the Door Open” creates a sum greater than its parts. As Bruno Mars and Anderson .Paak’s first comprehensive projects since 2016 and 2019 respectively, “Leave the Door Open” augurs a groundbreaking return to the music scene. If this single’s success is any indication, “An Evening with Silk Sonic” is definitely an album worth waiting for.