Behind the Scenes: How the American Repertory Theater is Pulling Back the Virtual Curtain 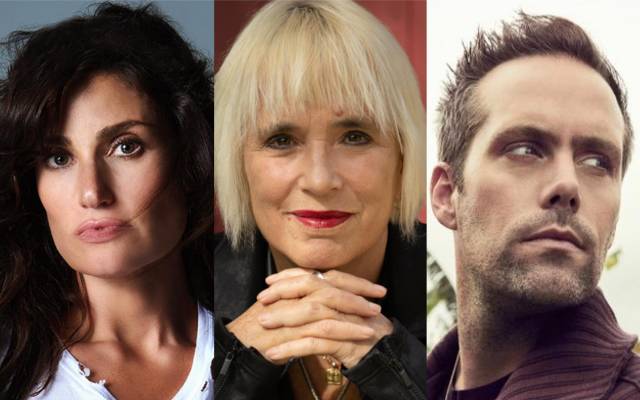 Nearly a year after the American Repertory Theater closed its doors in response to the start of the coronavirus pandemic, the A.R.T. still connects its audiences to theater through a continuation of its virtual “Behind the Scenes” series. In the most recent installment, “Behind the Scenes: The Circle of Becoming,” the A.R.T. showcases the spirit of collaboration that’s always driven their work.

Since its founding, the A.R.T. has been a catalyst of innovation within the world of theater, as its work is dedicated to moving beyond boundaries and “is driven by risk-taking and passionate inquiry,” according to the history section of its website. While the show has stopped for many, it is no surprise that the A.R.T. has instead taken advantage of the current virtual moment to foster a newfound sense of digital intimacy that is oftentimes not found online. Ryan S. McKittrick, Dramaturg and Director of Artistic Programs at the A.R.T., acknowledged that the series marked a shift for the theater.

“The ‘Behind the Scenes’ series started as a pivot during the pandemic, thinking about ways that we could engage with audiences digitally,” McKittrick said. However, he contended that the Zoom series has both successfully connected audiences with artists and invited the audience into the developmental process by providing them a glimpse into creators’ ongoing work.

For those that are lucky enough to attend multiple events, the “Behind the Series” series illuminates a variety of different steps in that process. At the A.R.T.’s “Behind the Scenes” event on March 2, V, Justin Tranter, and Idina Menzel shared stories and songs as they gave the audience a sneak peek into the early stages of their upcoming project “The Circle of Becoming.” The event began with the three speakers sharing anecdotes of what brought them together on this project, the research that went into it, and two songs from the project. Audience members got a chance to be among the first people to hear the music as it stands and learn about the highly collaborative process that’s driven the creation of “The Circle of Becoming.”

According to McKittrick, this high level of collaboration is the norm for new projects at the A.R.T. In creating the “Behind the Scenes” series, he and his colleagues hoped to showcase “how work evolves over years” with the help of a talented development team. This process has long been hidden from most general audience members, but the A.R.T. has found a silver lining of our digital world and has used this time to peel the curtain back.

Rebecca L. Curtiss, Public Relations Director at the A.R.T., said that the idea for the series stems from “the realities of being virtual,” and that they’ve received positive audience feedback.

Unlike so many events in our virtual landscape, these glimpses behind the scenes feel intimate.

“The ‘Behind the Scenes’ event brought back a feeling of familiarity, warmth, and intimacy that I’ve felt has been missing over Zoom,” said Victoria Y. Wang ’24, who attended the event last Tuesday. “I’ve never felt so connected to something over a Zoom call.”

The A.R.T. will continue to host more “Behind the Scenes” events over these next few coming months. Interested patrons can get pay-what-you-can access to upcoming offerings; highlights include an event for “The Weeping Camel” with composer Huang Ro, on March 16, and one for “Ocean Filibuster” on April 6.