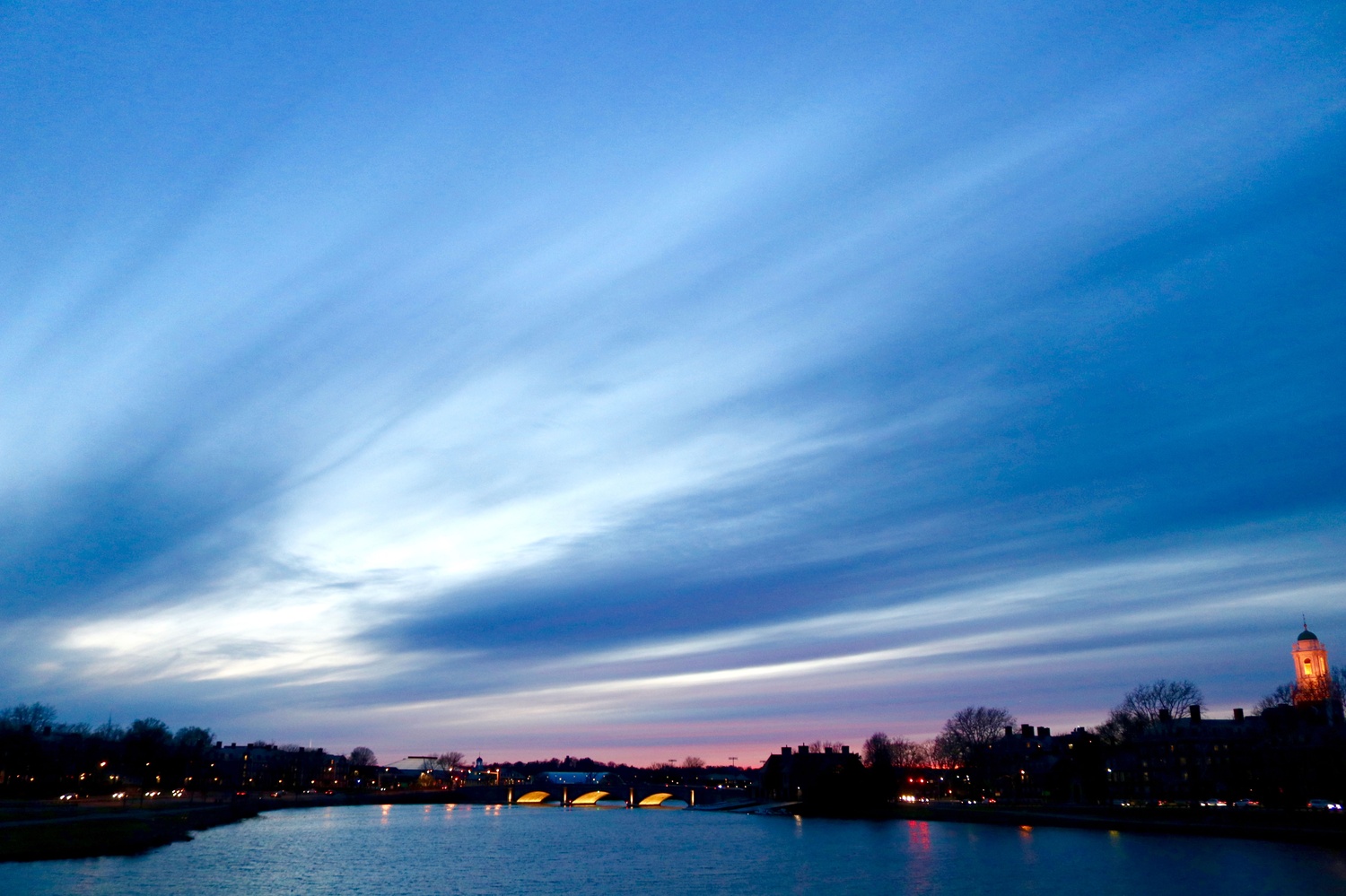 Once, during an elementary school field trip, I watched a planetarium documentary about the Doppler effect — the change in frequency of sound and light waves that occurs as a source and its observer move closer together or further apart. In the visible universe, distant galaxies are moving away from our own, giving them a lower-frequency light wavelength that corresponds to a reddish hue when viewed from a telescope. This phenomenon is called redshift, or so the documentary told us, and it is the primary basis for theories that the universe is expanding: Every distant point of reference carries the warm tint of outward growth.

I can still remember watching the documentary from my planetarium chair, enthralled as the animated galaxies on the ceiling were stretched in every radial direction from where I sat, the primordial darkness of the theater punctured only by the red glow of our faces as we looked upwards at the artificial sky.

Back then, it seemed to me like just a beautiful novelty, and I haven’t been in another planetarium in years. But right now, caught in a yearlong limbo between an abruptly-terminated senior spring and an unrecognizable freshman year, between a childhood without definite closure and an adulthood that hasn’t truly begun, I find myself once again suspended in darkness, watching every known reference point recede from the position where I stand.

The Covid-19 pandemic has taken the traditional coming-of-age progression from high school to college — a time usually marked by structured rituals for closure and rebirth — and shattered it into pieces. Where culturally-revered milestones like prom, graduation, and move-in day once stood, the high school Class of 2020 has found ourselves salvaging the parts that are left. In the year since the pandemic began, our communities have helped us do whatever we can to construct new landmarks for the transition from childhood to adulthood — to replicate every celebration, every interaction, every forward motion over the pixelated dimensions of Zoom — but the inherent contradictions are clear.

We are attempting to take flight in a time that is defined by staying in place. We are attempting to enter the world while it practices isolation. In a year of crisis and profound societal loss, we need the milestones promised to us in childhood more than ever before — but it is a consequence of the very same crisis that we can never experience them entirely, that we may only ever watch as they recede beyond our reach.

We are left with a longing for something whole, something we can hold, although we can’t explain this sadness in tangible terms. We are dreaming of leftovers and worshipping the bones of what we thought was guaranteed. We can only idealize; 2020 was the most memorable year we never had. Who’s to say that what we lost was really ours?

Untethered to our reference points, we easily become disoriented. Did we graduate a few months ago or a few years? Did the semester end last winter or last week? Our bodies have moved through a full cycle of seasons since the pandemic began, but our minds aren’t afforded the same luxury of simple metrics. I entered this period at 17 and likely won’t regain the ability for closure, the ability to reach a societal landmark and confirm that I have passed it, until I am well over 19. In the space between, unbound by linear time, I cannot tell you with certainty whether I have lived a year or a lifetime or none at all.

All I can count is that which I hold onto in the moment. A run through the redwoods. A corsage of flowers from my neighbor’s front yard. The chord of a new song spreading like dye through my chest. A picnic on the bridge over the Charles River, a poem engraved in the sidewalk by my new apartment, a burst of laughter from strangers-turned-roommates who have come to feel like home — each a constellation illuminating the moments they are lived, reminding me that we aren’t left entirely without light that we can see.

All I know is that I am here — back in the darkness of the planetarium looking up, watching with childlike wonder at the only thing we have left: This now, this tenuous and star-studded now, anchoring us here as the known universe recedes outward in a haze of red light.