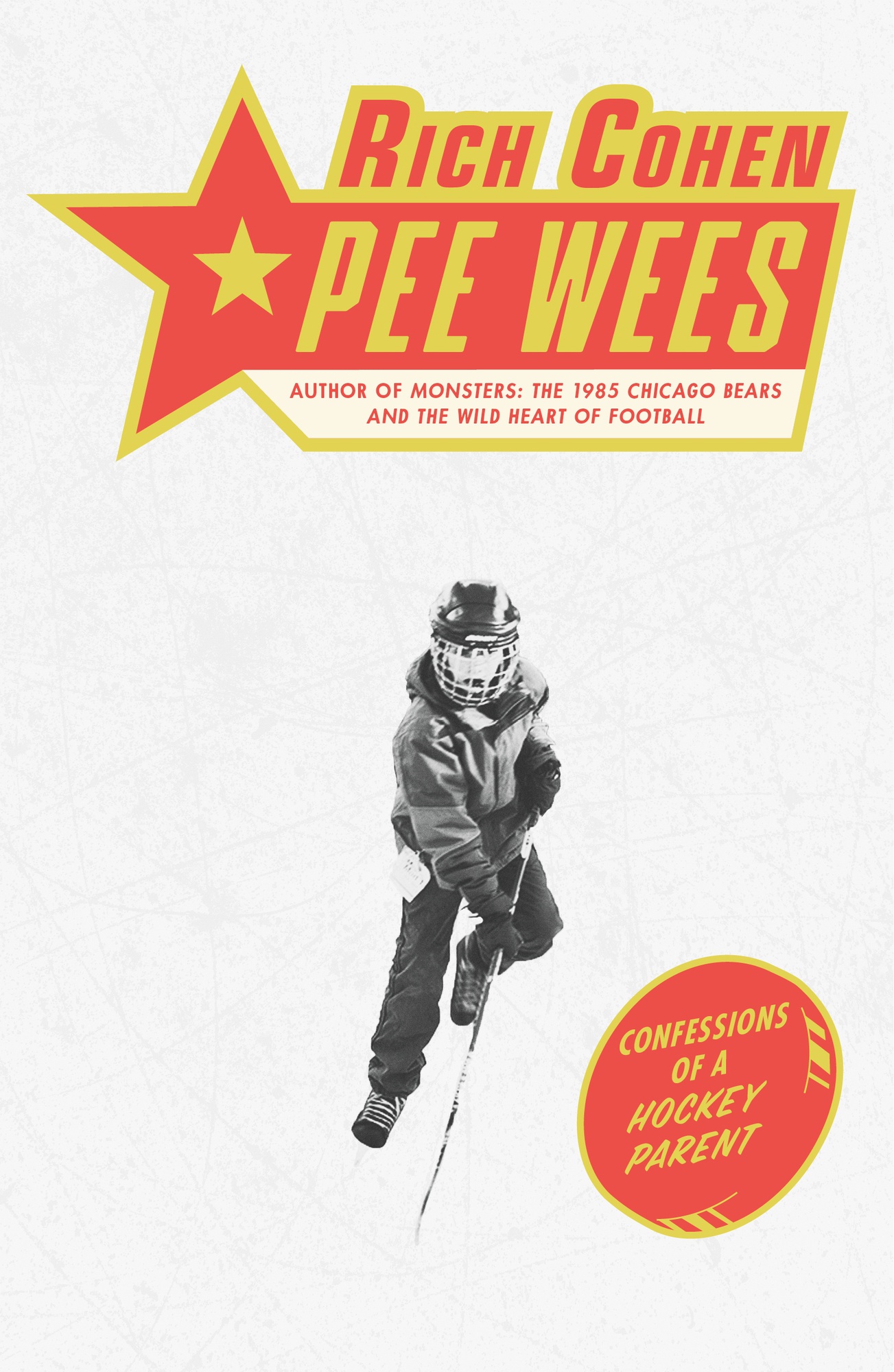 Hockey occupies a unique, liminal position within the American sports landscape. Straddling the boundary between popular phenomena like football and more niche, prep school pastimes like lacrosse, it tends to attract most of its players from only select regions of the country, but in the places where it takes hold, it inspires a zealous devotion unlike anything else.

Half sports memoir, half reflection on fatherhood, Rich Cohen’s “Pee Wees” distills this fanaticism into a roughly 200-page journey through one hockey season with the Ridgefield Bears, the team on which Cohen’s own son, Micah, plays. In the author’s note, Cohen tells the reader that this year-long slate of hockey games encapsulates “the highest highs and the lowest lows” of his life with Micah, a statement which he goes on to support by imbuing each goal, injury, and coaching decision with life-altering importance.

The book’s richest scenes come when Cohen reckons with the sheer absurdity of the posturing and politicking carried on by the Ridgefield parents, whose children’s successes and failures define not only their mood but also their perceived status in the eyes of their hockey-watching peers. However, the book’s singular preoccupation with the sport of hockey itself often undermines its more compelling examination of the human drama unfolding off the ice.

The pace of Cohen’s narration is as brisk and quick-hitting as the game it spends so much of its time describing; the very experience of reading “Pee Wees” contains the same rhythms found within any season-long schedule of hockey games. Initial wide-eyed optimism gives way to euphoria one minute and despair the next, depending on whether the team happens to be winning or losing. The climax sees Micah’s Bears squaring up against their arch-rivals in a pivotal game with their parents looking on, white-knuckled — their mental state hanging precariously in the balance.

Cohen’s authorial talents primarily reveal themselves through his detailed descriptions of these parents — middle-aged professionals, most of them married, who have just a little bit too much riding on their offspring’s exploits on the ice. The way they watch their children play feels less like parental concern and more like the jitters of a gambler watching money slip away. Some drink in the stands to calm their nerves, others heckle the referee, and a few go so far as to become assistant coaches so that they can ensure their children have every opportunity to succeed. It is for these coaches — Coach Hendrix in particular — that Cohen himself seems to harbor the most resentment, often expressing anger about how they give their own children more ice time than Micah and looking down upon them for this nepotism while ostensibly sinking to their level.

Unfortunately, Cohen often relegates these adult conflicts to the edges of his story, as the increasingly repetitive breakdown of hockey games take center stage time and time again. To be clear, his gameplay narration captures the action in an eminently readable fashion that will surely appeal to any hockey fan, but this often comes at the expense of the more interesting stories unfolding off the ice. “Dance Moms”-esque drama only gets fleshed out in limited detail because the book appears far more interested in mimicking the structure of “Sportscenter.” As a result, the story lacks urgency; Cohen only gives his readers glimpses of why it demands telling.

At several points, “Pee Wees” gestures at the bigger ideas that it never quite gets around to exploring in detail. In the actions of Coach Rizzo, another of the aforementioned “parent-coaches,” Cohen sees “the corruption of America.” “As America fades as a dream, it becomes every man for himself,” he proclaims, in reference to the cut-throat culture of youth hockey. Yet lines like these are almost always presented in passing, offered as an explanation for low-level injustices like a player getting benched; Cohen never makes a sustained effort to interrogate the driving forces behind the culture that he so often bemoans.

Perhaps exposing how and why youth sports in America have grown into a corporatized, money-fueled behemoth in recent years was never Cohen’s intention in the first place. After all, “Pee Wees” is a carefully crafted love letter to a game that clearly means the world to both the author and his son. However, it lets slip the opportunity to offer a more nuanced critique of the greed, politics, and narcissism that drive parents to turn youth hockey from recreation to a matter of life and death.

— Staff Writer Connor S. Dowd can be reached at connor.dowd@thecrimson.com