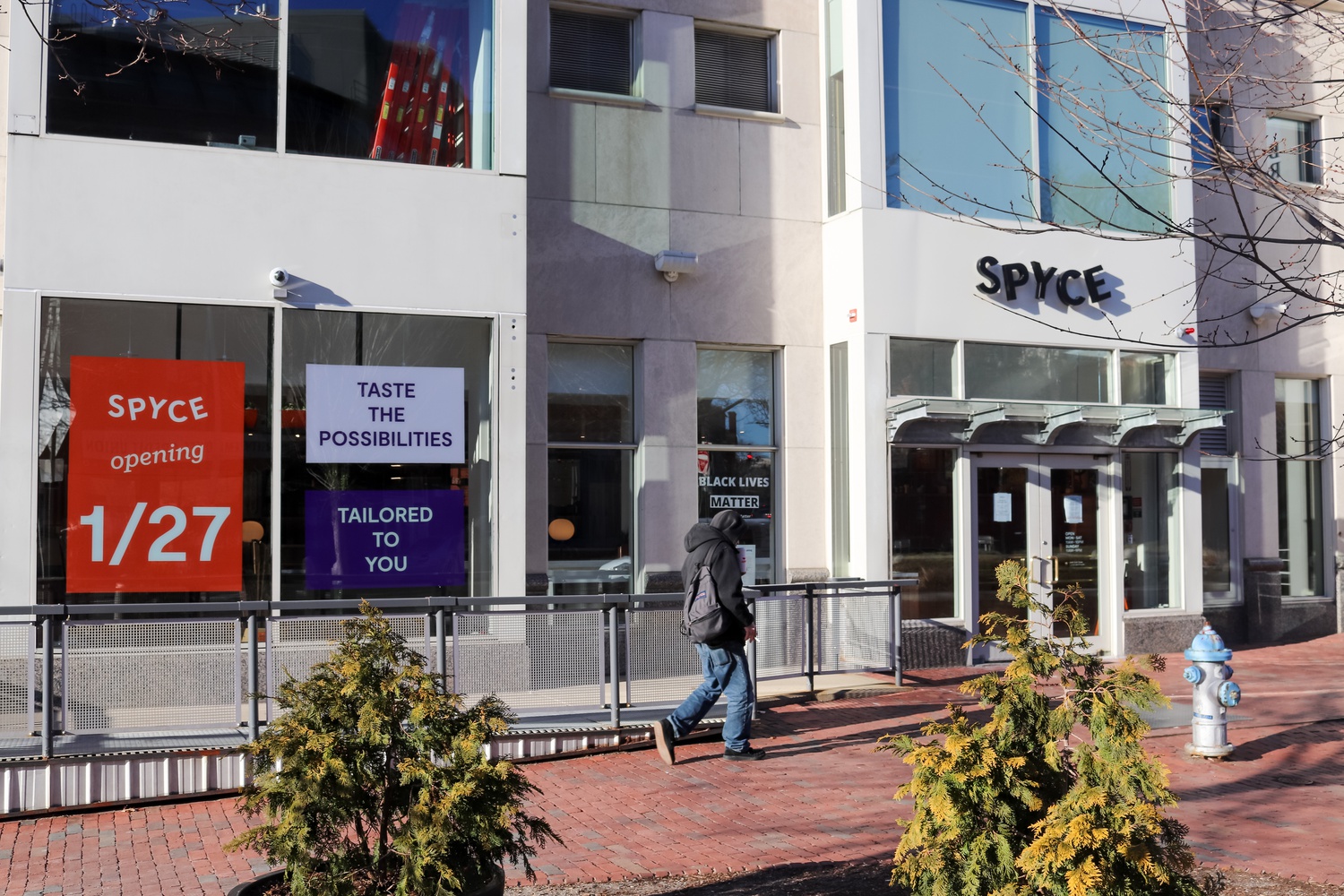 By Santiago A. Saldivar
By Hana M. Kiros and Jordan R. Robbins, Crimson Opinion Writers
Dissenting Opinions: Occasionally, The Crimson Editorial Board is divided about the opinion we express in a staff editorial. In these cases, dissenting board members have the opportunity to express their opposition to staff opinion.

The business model of Spyce — the new, automated eatery in Harvard Square, where robots customize and cook your food — seems to be to minimize the need for human employment. In a country where employment is so intimately tied to dignity, where healthcare is considered a privilege, and the phrase ‘social safety net’ can be a dirty word, we find such a model troubling.

It’s important to lay the facts out there. Spyce, the futuristic restaurant founded by four MIT graduates, does employ some humans. Two in-house tasks seem to be left un-automated. Though Spyce’s “Infinite Kitchen” handles all the cooking, plucking various ingredients from refrigerators to a spinning counter where it cooks and tosses them, a human ultimately hands off your order and maintains the kitchen’s machinery. So at least one person is in the restaurant, working in concert with the cooking machine that is the store’s heartbeat.

The fact is that Spyce’s near-complete automation leads it to employ fewer workers than a traditional restaurant would. Spyce claims this allows employees to have “fulfilling” roles instead of “monotonous” ones, but many people do not work for enjoyment. They work to make money. Those monotonous jobs pay the bills, and as much as an employee deserves a fulfilling role, meeting needs like sufficient food and housing can enable a fulfilling life outside of work. Waitressing and working as a cook are common means to these ends, and these jobs are nothing to scoff at.

Spyce's selling point is its remarkable convenience. A made-to-order meal, ready in no time, that’s scrubbed the cooking process of as much human error as possible: miraculous, right? But we would gladly accept another Harvard Square restaurant over Spyce that, though less efficient, employed more people.

Marginal improvements to the eating experience aren’t worth embracing a business that, in its seeming pursuit of a utopian eating experience, puts being an employer last. Waiting in line for a meal (or better yet, calling ahead) isn’t that bad, but heralding the arrival of a Harvard Square business that, long term, will likely employ fewer people than nearly any other restaurant would, is.

The arrival of Spyce in Harvard Square isn’t occurring in a vacuum. A Forbes article published in 2020 boldly proclaiming that “Robotic Restaurants Are The Future” predicts automated kitchens like Spyce’s will become the norm. Robot chefs don’t get tired, which means you don’t need to hire multiple people to work shifts from a restaurant’s opening to closing. Robo-chefs also never need a pay-raise, or any pay at all, so automating labor obviously lowers operating costs. The pandemic has accelerated this trend as more operators have embraced robotic waiters and cooks over human ones.

As of 2020, there were roughly 15.6 million U.S. employees in the restaurant industry. When you consider that there’s a total of about 150 million employed people in the United States, you realize that automating kitchens and food service is no fringe issue: It’s a trend that will deeply impact an industry 10 percent of American workers use to put a roof over their heads. We don’t want to cheer it on.

You get a good feeling when you support a small business instead of shopping on Amazon because you know you are giving to a company that believes in itself, its community, and, more importantly, the employees who come from that community. People can see value in supporting businesses that, through creating jobs, might give those it employs a more comfortable life, but Spyce’s futuristic appeal obfuscates that tendency. Immense value lies in this potential to ease the burden of others. We wish the Harvard Square real estate where Spyce now sits went to a business with a model better suited to this end.

Spyce prides itself on efficiency, but we aren’t buying what it's optimizing for. For all the coolness of its tech, our deep belief that slight improvements in efficiency are never worth denying opportunities for human flourishing means we’ll never find Spyce palatable.

Dissenting Opinions: Occasionally, The Crimson Editorial Board is divided about the opinion we express in a staff editorial. In these cases, dissenting board members have the opportunity to express their opposition to staff opinion.