'To All The Boys: Always and Forever’: Closure Has Never Felt So Satisfying 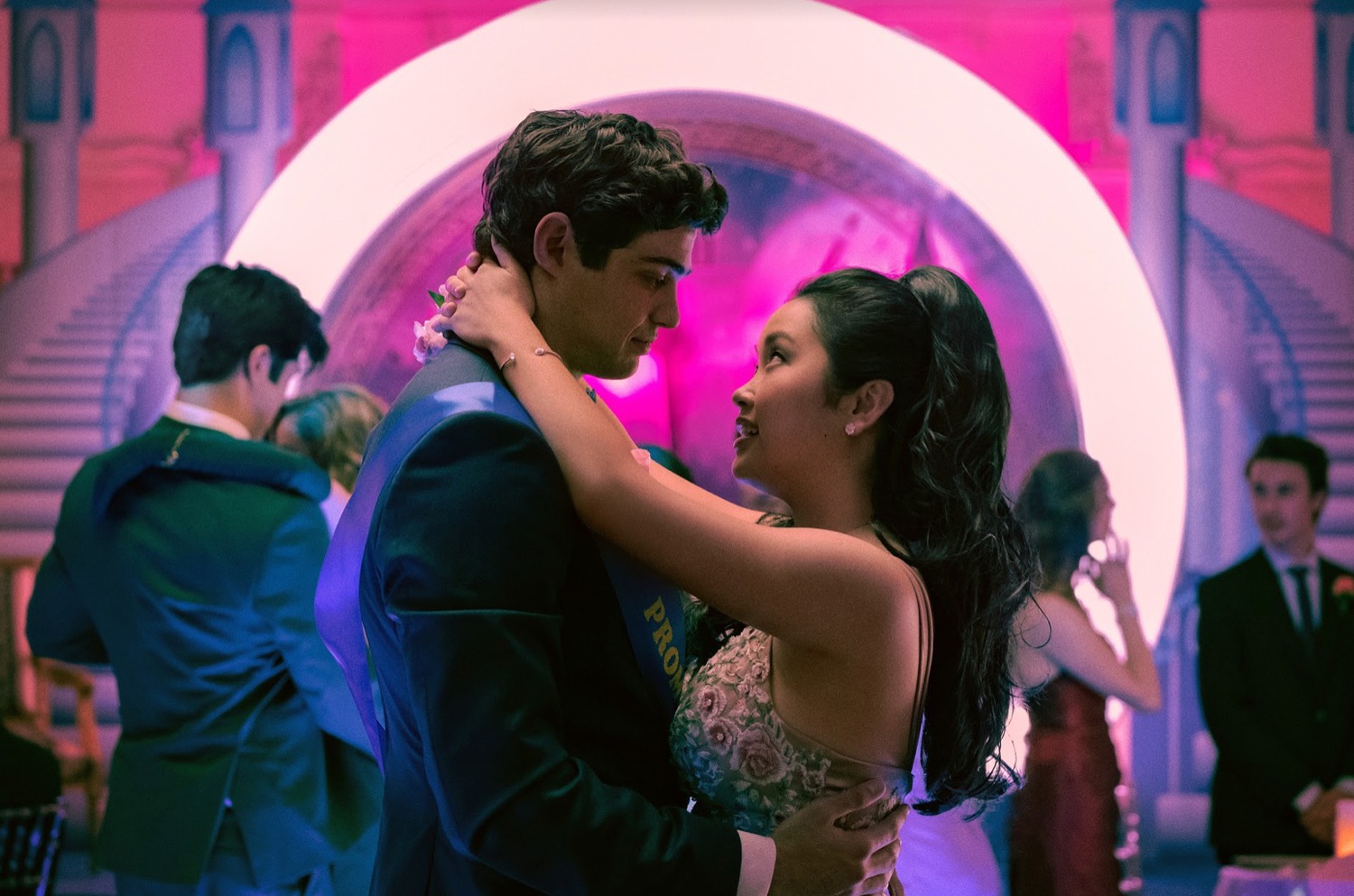 Noah Centineo and Lana Condor reprise their roles in the third installment of the "To All the Boys" franchise. By Courtesy of Netflix/Katie Yu
By Nuri Bhuiyan, Crimson Staff Writer

We always knew that Lara Jean was cheesy, but it turns out we hadn’t seen the half of it. With the release of the third and final film in the "To All The Boys" cinematic universe, “Always and Forever,” we follow a sentimental Lara Jean Covey (Lana Condor) and an equally sappy Peter Kavinsky (Noah Centineo) on the rollercoaster that is senior year of high school. While the first two movies struck a great balance between aesthetic and narrative, the finale certainly prioritizes visuals over substance. Nevertheless, the affectionate couple delivers plenty of adventure and their part-delicate, part-wild ride through the last year of high school makes for an incredible send-off to one of the most beloved teen romances of our generation.

The script for the finale is the most complex one yet. It sets up an intricate network of themes and narrative devices that are returned to and advanced with precision. For example, in the opening scene, LJ (Lara Jean) writes a letter to Peter from South Korea, which, in addition to clueing us into the status of their relationship and providing insight into LJ’s background, tactfully sets up the film's driving dilemma: whether or not they’ll be able to attend Stanford together. There are nods to the prequels, like the film's conclusion where Peter offers up a new “contract” for their relationship. Even the smallest details become hidden gems in a new context, such as when Chris forbids LJ from packing a certain pair of sneakers for their senior trip to New York. We later see LJ eyeing someone on the NYC subway, dressed in all formal wear… with sneakers. LJ smiles at the sight. It's moments like this that hit home how painstakingly detailed and intentional the narrative is.

LJ and Peter are quite different people now than in previous films. Being in a secure relationship brings out traits in LJ and Peter that we haven’t seen before, and Condor and Centineo were evidently up for the challenge. LJ constantly drops references to ‘80s teen movies, charges at Peter and gives him bear hugs, and at no point reveals any insecurities about kissing him. Meanwhile, Peter never gets suspiciously intimate with Gen, plans elaborate dates for Lara Jean, and indulges her rom-com obsessions. The character development is real, and the cast handles it well.

What we don’t get as much of here is immersion. The film covers a lot of ground by way of chapters, like “The Senior Trip,” “Prom,” and “The Wedding —” however, at times, the moments come off as a sequence of smash-cut clips and conversations that don’t really stick. There’s no slow-burn buildup, no explosive climax, and none of the suspenseful will-they-won’t-they action that animated Peter and LJ’s breakups in the first two movies. Here, the climactic fight between Peter and LJ is heartbreaking but not earth-shattering, and it feels like they are back together in minutes. The film lacks tension, and segmenting "To All the Boys" into chapters plays a role in that.

The finale also lacks the experimental visual language, like the use of a narrow depth of field and stylized dynamic shots, that gave audiences immediate access to LJ's headspace in previous movies. We do see a few creative shots, like when LJ breaks the news to Peter that she actually wants to go to NYU, and the camera pans around the back of LJ’s head to Peter’s stunned face. But it's evident that the production team was more conservative about using these techniques this time around.

The one thing that this movie does perfectly is closure. All the mini-resolutions push on until the very last minute, with the ultimate ending line: “You know one thing 3,000 miles is good for? Writing love letters.”

In “To All The Boys: Always and Forever,” we follow Lara Jean and Peter’s relationship through senior year and to college, with all its ups and downs. In the pursuit of fleshing out what their chemistry, and also friction, looks like from all angles, we are sometimes snapped out of the moment. But it’s a necessary evil in service of the expansive perspective we get of the dynamic duo: LJ and Peter have never been cuter, realer, better. And while it seems like LJ eventually chooses distance from her loved ones when she makes her college decision, the movie assures us that she will always put her family and her boyfriend first.

— Staff writer Nuri Bhuiyan can be reached at nuri.bhuiyan@thecrimson.com and @nuribooyah on Twitter.