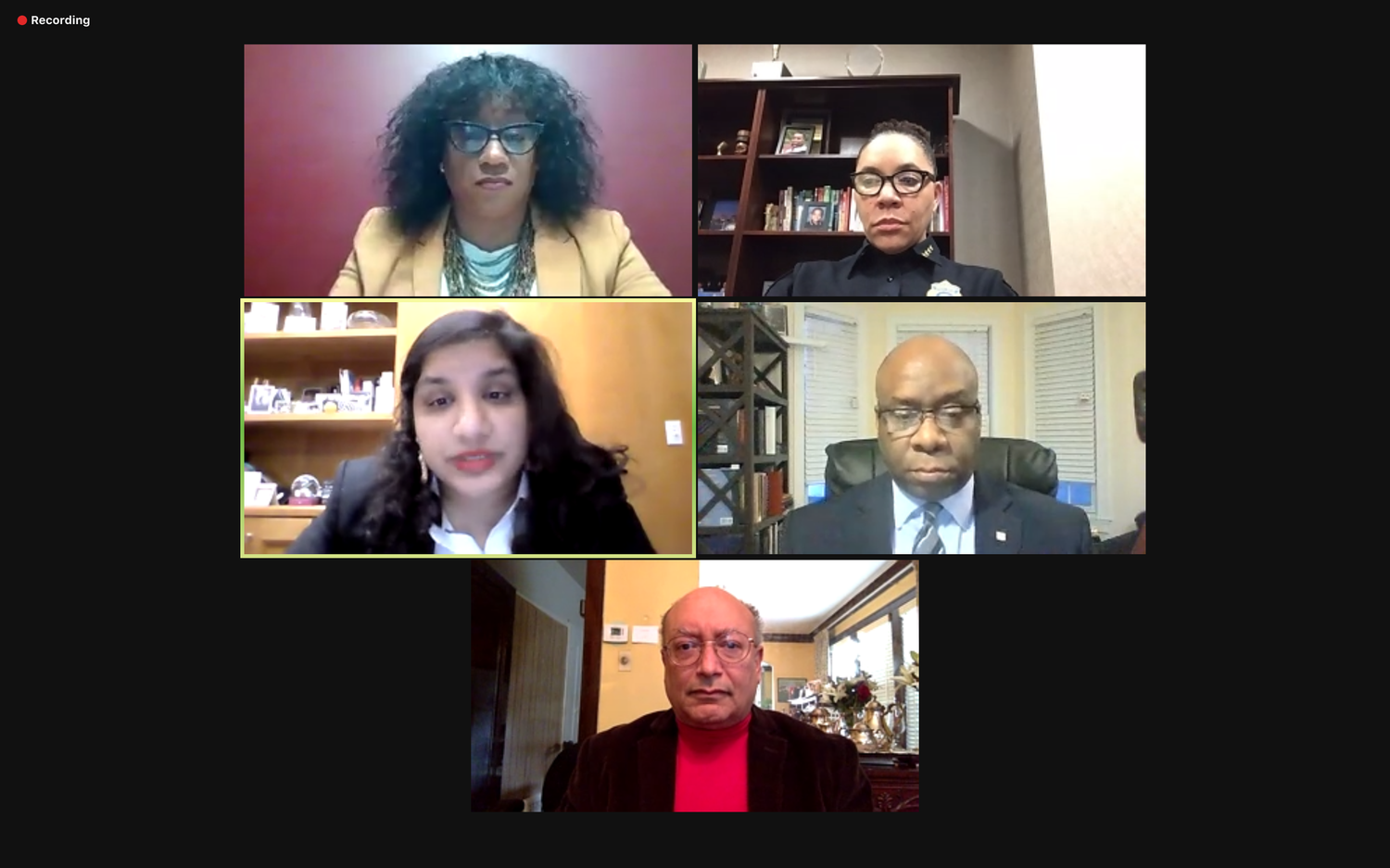 The Cambridge Health Department hosted a virtual town hall Tuesday during which public health officers, medical experts, and government officials provided updates on the Covid-19 vaccine rollout and discussed hesitations that some people of color may have about receiving the vaccine.

To initiate the town hall discussion, Jacob updated Cambridge residents on the progress of the vaccine rollout, especially with regards to senior citizens and people experiencing homelessness. The city’s efforts to vaccinate its vulnerable populations demonstrates its ability to run a “robust city-wide vaccine program,” according to Jacob.

Cambridge has been listed as a low-risk community by the Commonwealth of Massachusetts and is accordingly receiving smaller distributions of vaccines, Jacob said. However, the city is currently compiling a dataset to advocate for more vaccines for its disproportionately burdened communities.

The city has also deployed a neighborhood ambassador program to assist Black and brown communities and to gauge how the pandemic has impacted them, according to Jacob. A recent analysis found that two-thirds of first responders who received the vaccine identified as white, while 12 percent identified as Hispanic or Latinx, and nine percent identified as Black.

Jacob reiterated that the vaccine is safe and encouraged all eligible people to get vaccinated.

“We encourage folks to get vaccinated. We’re asking folks to be patient with the process, but really at the end of the day, it’s to protect yourself and your loved ones,” Jacob said.

Payne also urged eligible residents to get vaccinated and said he personally got vaccinated because he “didn’t want to die” — and didn’t want anybody he loved to die.

Payne conjectured that some Black and brown communities may be hesitant to get vaccinated due to historical exploitations of members of these groups, such as during the U.S. government’s Tuskegee study in the 20th century.

“The Tuskegee study was a study in which African American men who were diagnosed as having syphilis were deliberately not given treatment to see what happened to them. It was about as racist as you could get,” Payne said. “What I find incredibly ironic is that the racism from that study is reaching its hand forward in time about 75 years and causing people in the 21st century who are Black and brown to die from a preventable illness.”

Downing said she thinks a lack of access to information may also fuel distrust in the medical system.

“I’m painfully aware of the distress that exists with people of color because in the past, the healthcare system has failed us, and I think that there needs to be a lot to remediate that issue,” Downing said. “There are a lot of people that don’t get access to the information and that’s what gives us a lot of that hesitancy.”

Payne explained that vaccine side effects may include headaches, body aches, fever, swollen lymph nodes, and nausea. In severe cases, one may experience anaphylaxis — an acute allergic reaction. Recipients are monitored for at least 15 minutes after being inoculated.

However, the risks of remaining unvaccinated are far worse, according to Payne.