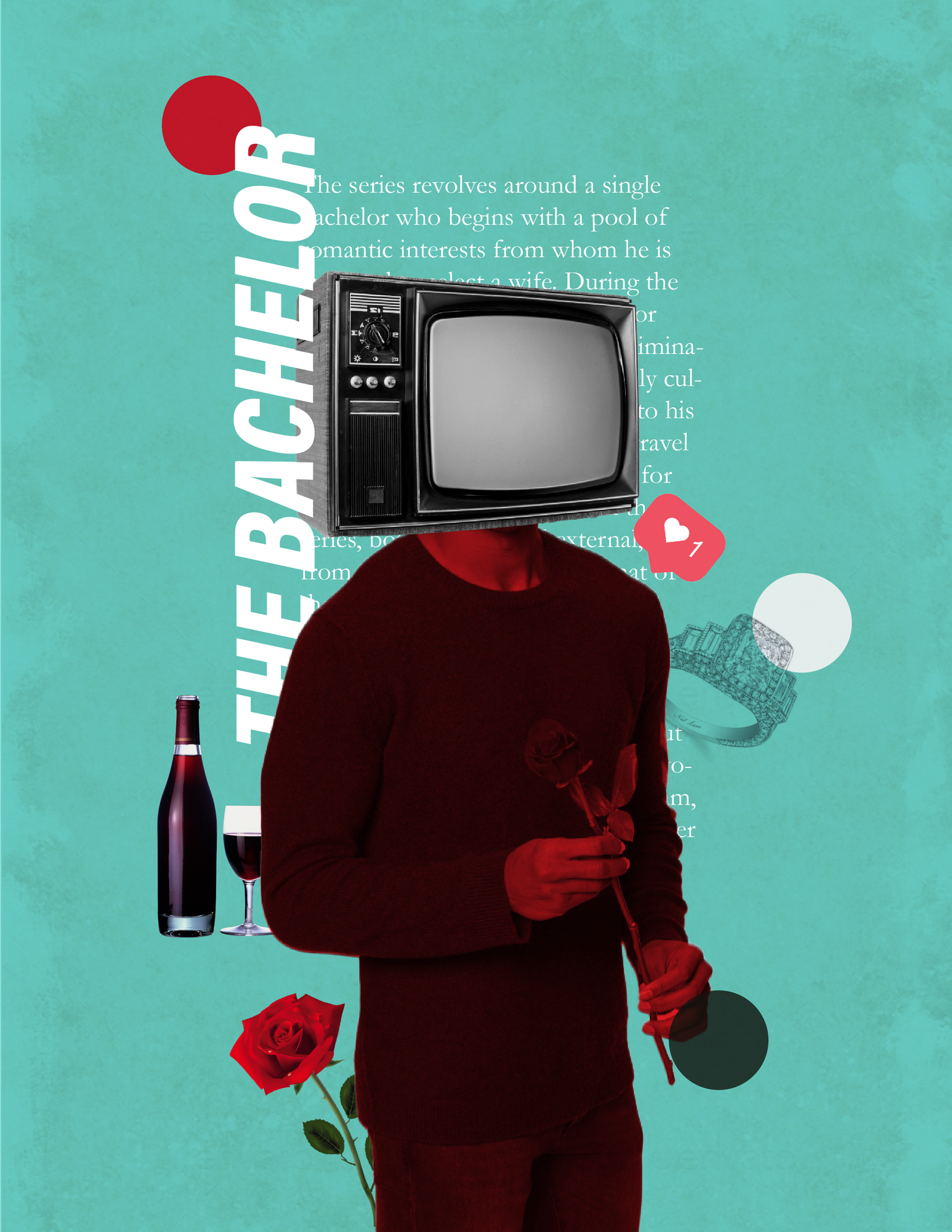 "The Bachelor" is a reality television show about dating that since 2002 has engrossed American audiences.
Advertisement
Advertisement

The Most Dramatic Religion Yet

The Bachelor is morphing into something its producers apparently did not foresee when they created the show: A fame factory. Contestants go on the show, leaving behind their jobs, phones, and families, and, in return, gain massive social media followings that they can turn into lucrative professions.
By Zoe B.R. Goldstein

I was settled into a bean bag, snug in sweatpants on my living room floor as Season 25 of The Bachelor played across the screen. When Matt James demanded that every one of the 32 glamorous women in the hotel lobby with him bow their heads in prayer, I took it a little personally. My father, my sister, and I all let out sounds of dismay at something we should have seen coming.

“If everybody could just bow their heads really quick, I’m going to pray for everybody,” began James, the lead in this season of The Bachelor. “Dear Heavenly Father…”

I remember the only Jewish contestant I have ever seen in the franchise: Her name was Jane, I was sitting on the same bean bag in the same living room in the summer of 2019, and she was eliminated from Bachelor in Paradise almost immediately. Her gold Star of David necklace still winks in my mind’s eye.

Matt James was not the first member of The Bachelor franchise to pray on national television since the first season of The Bachelor ran in 2002. But his prayer struck a chord because it was the most extreme in a recent series of increasingly Evangelical Christian scenes on a show officially billed, to an officially secular nation, as nonreligious.

The goal of the shows in The Bachelor franchise has always been for the contestants (mostly straight, cis, white, young, and stereotypically attractive) to meet, fall in love, and get engaged, over a period of about two months, while being filmed for national television. The pinnacle of each season is when a man gets down on one suited knee and presents a shiny Neil Lane diamond ring to one of the overjoyed women in a long dress and a full face of makeup.

But since the show’s inception, and particularly recently, contestants have gotten younger and (not without setbacks) more racially diverse. Their social media presences have gotten larger and their engagements have been shorter.

The Bachelor is morphing into something its producers apparently did not foresee when they created the show: A fame factory. Contestants go on the show, leaving behind their jobs, phones, and families, and, in return, gain massive social media followings that they can turn into lucrative professions. Therefore, how is the audience to know if a contestant (or lead, for that matter) is, as is commonly said in the franchise, “Here For The Right Reasons?”

Say I wanted to get married right now. I’m 21, I’m not dating anyone, so what should I do? I would probably reach out to my family and friends for recommendations, hop on a couple of dating apps, and make connections within my community. I would not — I repeat, would not — go on a reality show and explain why I need a husband.

Somehow, the contestants on The Bachelor need to make the audience forget the essential weirdness of going on a show to find love. They need to make them believe that marriage is the real reason that they’re there. There are the standard words: “We have a strong connection,” “I will follow my heart,” and “I’m falling in love with you.” But where those phrases sometimes ring hollow, professed religious belief might actually convince millions of fans across America that the contestants are genuinely looking for a man, and just so happen to be doing so on television.

Watching a couple fall in love on television is weird at best. There’s the cultivated drama, the awkward group dates, and the mic’d up makeout sessions. But social media adds another layer that didn’t exist 10 years ago. Viewers aren’t just reading about the show the next day in magazines — they’re also engaging with it via social media in real time. This interferes with the Disney-like reveal of the happily engaged couple at the end of the season, as the audience inserts themselves into the lives of the contestants well before the arc of the show ends. Producers are forced to find a source alternative to mystery in order to maintain the fantasy of the proposal, and the excitement of the show.

Using religion to justify the search for love is a strategy that seems to have worked. Not for the “finding love” part, but for convincing audiences of one’s sincerity. It also serves as a safeguard for those viewers who might disapprove of some of the more entertainment-based aspects of the franchise — dating multiple people at once, the Fantasy Suite dates, and the combination: group dates in bikinis.

The most beloved Bachelorette of all time (I’m going by Instagram followers here, of course) was then-23-year-old, former beauty queen, Alabama-raised Hannah Brown, who punctuated her season with a pithy: “I have had sex, and Jesus still loves me,” after a suitor accused her of breaking her covenant with God by partaking in the Fantasy Suite dates. The Twitter crowd went wild. And Bachelor producers took it as a sign.

America, for all of its separation of church and state, is in many ways a Christian institution. In public schools, students stand every day to pledge allegiance as “one nation, under God.” President Biden put his hand on a 127-year-old family Bible when he was sworn into office last month. And in 2011, a Pew Research study found that the United States has the largest Christian population in the world, with nearly 80 percent of the country identifying as Christian. Maybe because of this, much of the country seems to assume that Christianity is synonymous with morality.

Viewers witness the show’s lead engage in polygamy, as well as watching dates that encourage nudity and imply sex. But it’s okay, because some contestants talk about The Bible. Religion shouldn’t imply a political attitude — the current president is known for being more religious than the previous — but all-too-often The Bachelor weaponizes Christianity as a conservative shield against moral critique.

That the Bachelor, a show based upon the polyamorous action of dating multiple people at once, can still utilize Christianity to appeal to a more conservative audience, may be reflective of the symbolic nature of Christianity in America — all that one needs to prove that they’re a good Christian is to say that they are.

In the quest to make T.V. that lasts, Bachelor producers engage in a tradeoff: Christianity in exchange for “immorality,” religion in exchange for entertainment. And viewers — many of whom non-Christians like me — tune in every week in our sweatpants to eat it up.

— Staff writer Zoe B.R. Goldstein can be reached at zoe.goldstein@thecrimson.com.