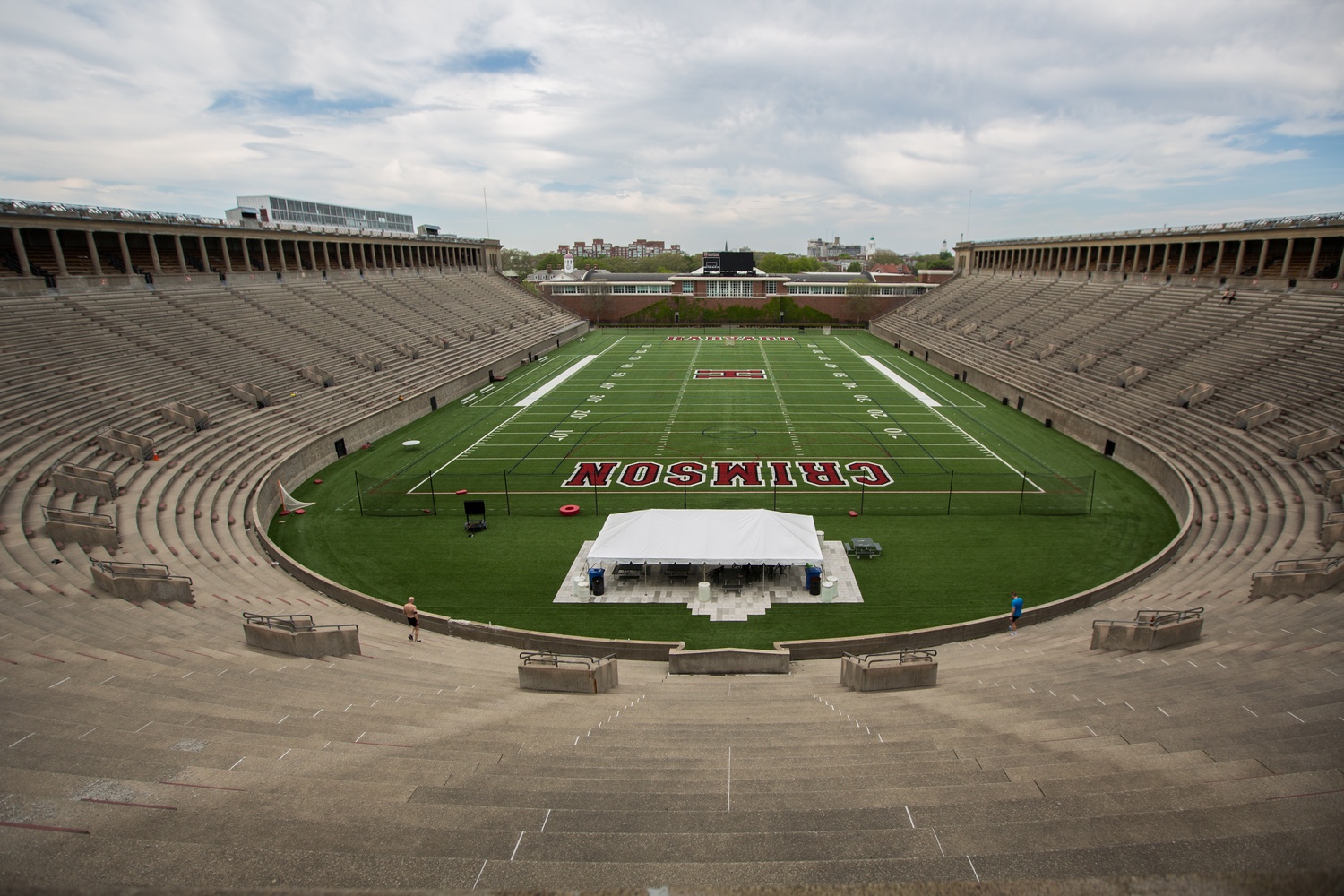 University President Lawrence S. Bacow and Dean of the Faculty of Arts and Sciences Claudine Gay explained Ivy League decisions regarding athletics competition amid the coronavirus pandemic to Harvard student athletes in a webinar Tuesday.

The event, moderated by Director of Harvard Athletic Director Erin McDermott, allowed student athletes to communicate directly with administrators about the Ivy League's decision to cancel athletics competition for the entire academic year as well as Harvard's planning for athletics during the fall semester. In advance of the event, student athletes submitted questions for the administrators.

Some students raised questions about the Ivy League’s recent decision to extend a temporary waiver permitting seniors to compete for their current insitutions next year provided they are enrolled in a graduate program. The decision, made during a global health crisis that has led to the year-long cancellation of Ivy League sports, marked a departure from longstanding League policies barring graduate students from competition.

Bacow said he and his colleagues mulled over the decision for some time before determining which accommodations to grant to senior student athletes. He acknowledged that the decision “wasn’t perfect,” citing concerns that the League granted the waiver without sufficient advance before graduate program application deadlines.

“I think to go back and ask graduate programs to reopen their admissions is a bridge too far, because it does sort of become the tail wagging the dog,” Bacow said.

Bacow said he and the other Ivy League presidents ultimately decided against extending the temporary waiver to any other class of student athletes to avoid normalizing the practice.

“The concern there was, if we did that, it would extend a very long tail,” Bacow said. “We worried that if we did that, then it would be institutionalized in a lot of people’s minds, and we didn’t want to go there.”

Also during the webinar, Gay said life on Harvard's campus next fall will be contingent on the state of the public health crisis and corresponding health guidelines put in place by government officials.

“There’s a lot here that is out of our control, and it’s not just that because we can’t necessarily control the course of the virus and the pandemic, but we also are bound by guidelines imposed by the federal, state and local authorities,” she said.

Though Gay said she remains “optimistic” about the fall semester, she added that she and her colleagues are “preparing for the worst.”

“We plan to push the envelope to the extent possible while still being responsible, but we also know that we’ve got to be realistic,” Gay said. “This is a pandemic that over the last 13 months has constantly surprised us, has made us pivot more than once.”

Some student athletes who attended the webinar said they appreciated the opportunity to have an open line of communication between them and administrators.

“I was grateful that he took the time to explain the rationale behind it,” Thomas said of Bacow. “I hope this establishes a precedent for more open communication going forward because I think it’s good for athletes to hear from people who are making decisions that determine their future and their roles.”

Though Thomas said it was “disappointing” to learn last week that the League canceled the spring athletics season, he said the prospect of athletics operating in the fall is “encouraging.”

“One thing that was encouraging to hear was Dean Gay say that they hope to be as close to normal as possible by fall, which is nice to hear there is light at the end of the tunnel,” he said.

Harvard track and field athlete Kyle A. Englander ’23 said he feels conflicted about how the University has treated student athletes relative to the rest of the student body.

“I picked up one quote that President Bacow said where he said, ‘The North Star is treating athletes like every other student,’ which, in some respects, I can understand,” Englander said. “But also, I do think that a one-size-fits-all approach to every type of student maybe isn’t the smartest approach, and maybe one that I don’t agree with.”

Bacow concluded the panel by recognizing student athletes' resiliance in the face of adversity brought on by the pandemic.

“We are being tested, all of us now, in ways we have never been tested before,” Bacow said. “People are going to be writing about this experience for generations.”

“You guys are going to be talking to your grandchildren about this,” he added.