Fundraiser for Cambridge’s Homeless Raises More Than $30,000 With Sandel, Paulsell as Guests 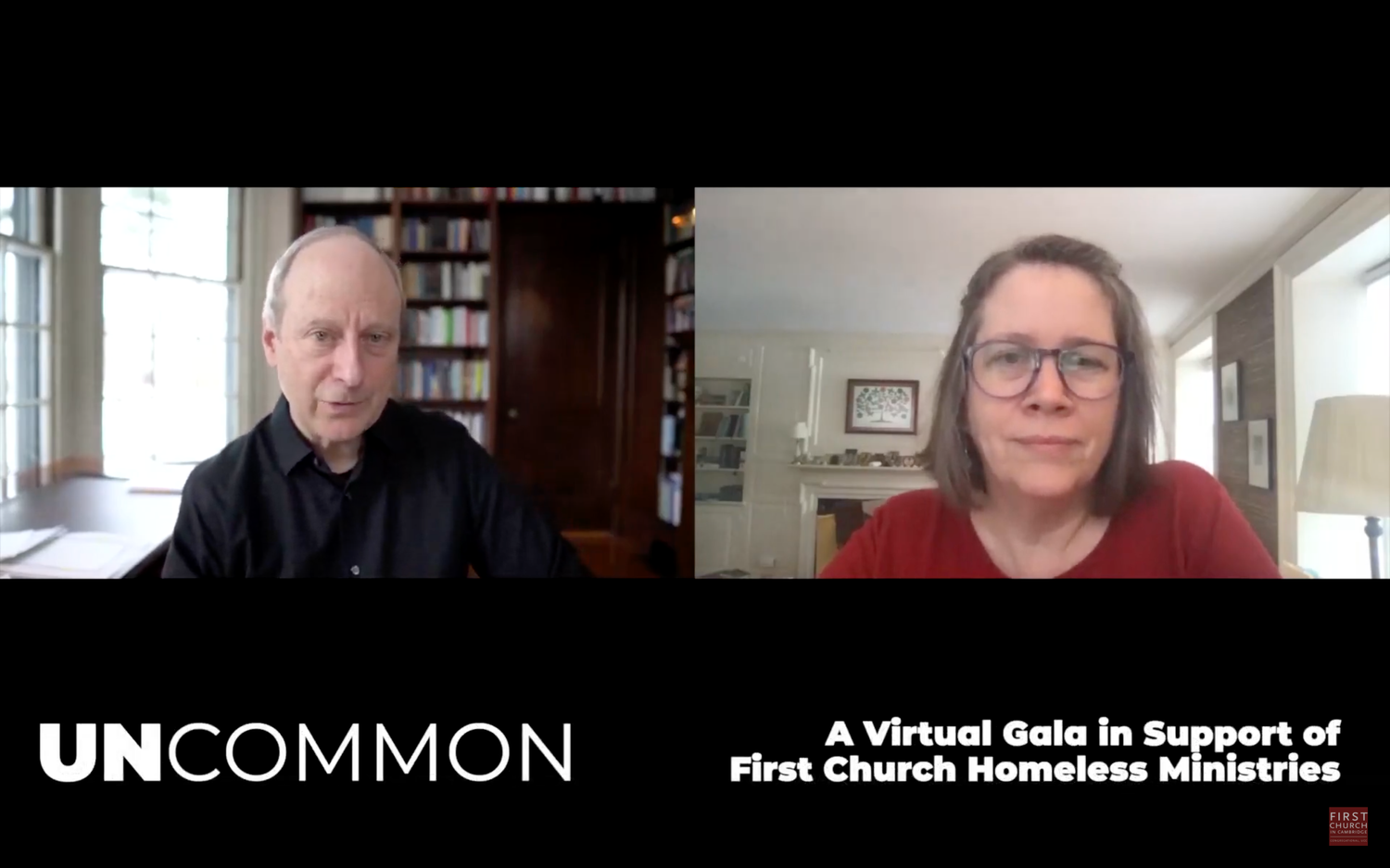 The virtual gala — which featured Government professor Michael J. Sandel as a guest speaker — raised a total of $33,500 through ticket sales to more than 200 people as well as donations. The money will fund the church’s 14-bed men’s shelter, in operation since 1987. Since the start of the pandemic, the location shifted from an overnight to a 24/7 shelter. The money raised will also support the Church's Friday Café — a program that offers meals and other resources to the homeless.

During the gala, Divinity School professor and Interim Minister of Memorial Church Stephanie A. Paulsell interviewed Sandel about the themes of his book published in September 2020, “The Tyranny of Merit: What’s Become of the Common Good?” Along with her questions, Paulsell brought up questions from guests of the shelter and Friday Café.

Sandel discussed “the meritocratic ideal” that is “deeply human-centric,” in which the ultimate goal is individual success, such as obtaining a university degree or being “able to compete and win the global economy.”

“It does carry a certain insult,” Sandel said. “Because for a great many people in our society, if you haven’t gotten a college degree and if you’re struggling in the new economy, the implication is your failure is your fault.”

Sandel argued that more “public spaces” are needed to challenge this meritocracy, citing the ministry as an example of “sites and occasions” that rebuff the idea that money is tied to personal worth.

Minister of Street Outreach Reverend Kate Layzer — who helped establish the Friday Café in 2014 — said in an interview that these programs serve as an “opportunity” for not only providing help to those in need, but “helping people to be helpful.”

“That’s kind of what Dr. Sandel was talking about,” Layzer said. “About how we don’t have so many opportunities now to work together and work in community for the common good.”

Harvard Book Store, one of the event sponsors, announced that it would make a contribution to First Church Homeless Ministries for every copy of Sandel’s book sold.

In an interview, Paulsell, who has been a member of the church for almost 20 years, praised Layzer and shelter director Jim Stewart for their work on the church homeless programs. Stewart also received the gala’s “2021 Uncommon Commitment Award.”

“We both hope to bring as much attention as possible to the incredible ministries that Jim Stewart and Kate Layzer and the congregation at First Church do together,” Paulsell said, “both with the shelter for homeless men and the Friday Café, which has been a really important place for people to get warm and get something to eat and have conversations and have a safe place to be during the day.”

Unlike past fundraising events, the gala took place virtually and was streamed on the church’s YouTube channel.

Susan Reynolds, a First Church member who has worked in the Friday Café program for four years, said the organization decided to bring Sandel in as a guest speaker following a book talk that several members of the church attended.

“Everybody kind of laughed like ‘we can’t have Michael Sandel! He is the A-list. We’re not necessarily A-list material,’” Reynolds said. “Then we decided, ‘what the heck, we might as well just give it a try.’”

“We worked very hard on writing an introductory letter and to present ourselves correctly, and lo and behold, he came back and said ‘yes’ right away,” she added.

Sandel wrote in an email that he considered the invitation to support the First Church Homeless Ministries “a privilege.”

“The Ministries not only provide food and shelter for those in need; they also remind us that we at Harvard share a neighborhood with unhoused neighbors,” Sandel wrote. “The responsibility to share our good fortune is not a burden but a gift, because it calls us to a sense of community that enriches us all.”