‘It’s Not Getting Any Better’: Undergrads in Texas Contend with Snow, Power Outages 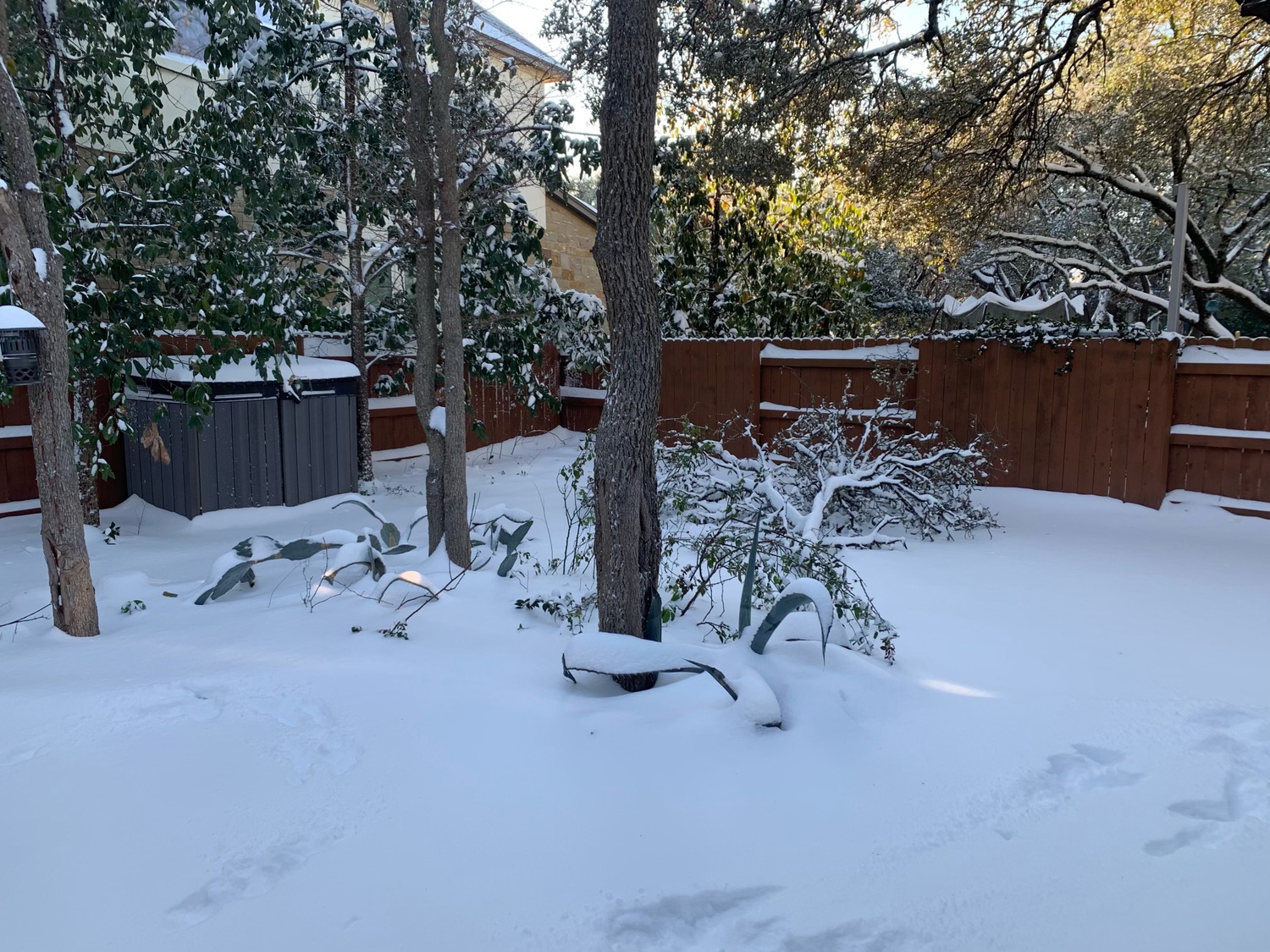 Harvard students living in Texas have had to contend with snow, ice, and major power outages this week due to an unprecedented winter storm. By Jenny M. Lu
By Hannah J. Martinez and Sixiao Yu, Crimson Staff Writers

“My room was pitch black, and I was just hunched over my desk with nothing but a flashlight, trying to look at my paper,” he said.

Kontoyiannis — along with millions of other Americans — was left without power this week as a severe winter storm pummeled pockets of the United States, leaving at least 47 dead.

Though the storm has caused power outages in multiple states, Texas experienced the most expansive power outages — in part due to the state’s unique self-reliant energy grid.

While most states have power grids that connect across several states to allow for a communal energy supply, Texas’s power grid lies mostly within its own borders. As unprecedented glacial temperatures fell upon Texas this week, the state’s non-winterized power supply succumbed to the frosty weather. As of Wednesday morning, 3.4 million homes were without electricity, and more than 200,000 remained powerless early Friday morning.

Though Harvard students in Texas — many enrolled but living at home due to the coronavirus pandemic — said they stocked up on food and water ahead of the wintry weather, some said they did not anticipate the severity of the winter storm.

“Eventually we [saw] how serious it was getting. It wasn’t just people playing in the snow and being cute anymore. It got to the point where there were people dying from freezing to death,” said Ngoc T.H. “Tram” Nguyen ’22, who is currently residing in Austin.

“Other folks are being displaced from their homes because they are without power and running water. And then homes are flooding as well from poor infrastructure,” she continued. “It seems like it’s not getting any better.”

Vivien L. Tran ’22, who is from Massachusetts but living in Austin, said she did not anticipate the debilitating effects of the storm.

“I just thought it was gonna be a snowstorm. I didn’t consider that Texas didn’t have the infrastructure or the capacity to deal with three inches of snow,” said Tran, a former Crimson Arts editor. “Everything is just closed, except for major grocery stores that are only allowing 10 people in at a time.”

“It kind of reminded me of the beginning of the pandemic, and it took us by surprise,” she added.

Austin resident Sarida I. Morejon ’23 said she felt “unprepared” for the storm since she has never had to plan for such severe winter weather.

Other undergraduates said they had to contend with food and water shortages.

“We’ve sort of been rationing our food, not quite getting by on what we can scrounge from local convenience stores that are open for a couple hours,” said Benjamin E. “Ben” Schwartz ’23, who is living with friends in Austin this semester. “Food’s running a bit low, but I’m confident things will reopen tomorrow or Friday.”

Morejon said she and her friends had to “figure out” how to ration water.

“We had to figure out what we were going to do in terms of rationing what we had,” Morejon said. “We walked to CVS in the morning on Monday through the ice and snow — and it was so, so cold — to buy like 10 gallons of water to use for the next few days. But gradually our water’s been coming back.”

Some Harvard undergraduates living in Texas said their academics have been disrupted by the power outages, water shortages, and freezing temperatures caused by the snowstorm.

Molly M. Martinez ’22, who is from Dallas, said she had to relocate to a friend’s apartment to complete her coursework after her house lost power and heat.

“We ended up having to leave our home because it got way too cold, and we have no power or heat or anything. They had pretty stable power, and I had WiFi for classes,” Martinez said.

“It was definitely very, very difficult — because you’re in such a crowded situation — to be able to complete my schoolwork, complete classes,” she added. “I didn’t really have my working environment anymore.”

Nguyen said navigating classwork during the storm has been “very difficult.”

“I really took for granted the power of WiFi and internet, and have been trying to use my hotspot,” Nguyen said. “The cell towers are down too, so my LTE doesn’t work. Navigating school is really difficult.”

Others said their House administrators and professors have been “very supportive” throughout the week.

“I’m in Winthrop House and our dean, [Resident] Dean [Linda] Chavers, actually reached out to the professors of all the classes of students who are in Texas recently, just to let them know about the situation,” said Payton F. J. Kim ’23, a resident of Houston. “[The professors] who I’ve talked to have been very supportive and accommodating.”

Martinez, who belongs to Adams House, said the outreach from her House deans made her feel “very supported.”

"My dean reached out to me today,” she said. “It’s been nice knowing that, as I reach out to my professors about different things, I have the support of my deans, as well, already. They’ve been super, super kind and super accommodating.”

Some students expressed frustration with the lack of government preparation for battling snowstorms.

“The authorities in Texas were clearly caught with their pants down,” Schwartz said, “I don’t get how that’s possible seeing as they knew the storm was coming for a week.”

Kim said there could have been “more storm preparedness.”

“In Texas, we get hurricanes a lot, which we prepare a lot for,” she said. “We kind of had not taken winter weather seriously just because we didn’t know how serious it could be without power and without water.”

Martinez added that Texas residents turned to community organizers for assistance during the storm due to the government’s failures.

“Nobody was expecting this breakdown of state infrastructure and the lack of resources provided by the government,” she said. “A lot of the work that’s being done is through mutual aid, through community organizing, and things like that to really work through the community and help people.”

Texas Governor Greg Abbott’s office did not respond to a request for comment.

Nguyen said she noted a “huge disparity” in the experiences of those living in lower income areas compared to more affluent areas.

“We’ve seen just like a huge disparity in how different neighborhoods are treated in situations like this, where you see power outages in a lower income, more marginalized communities compared to areas that are richer and wealthier,” Nguyen said.

“You see pictures of the Austin skyline still lit while the rest of the city was just dark,” she added. “It’s a very stark contrast.”