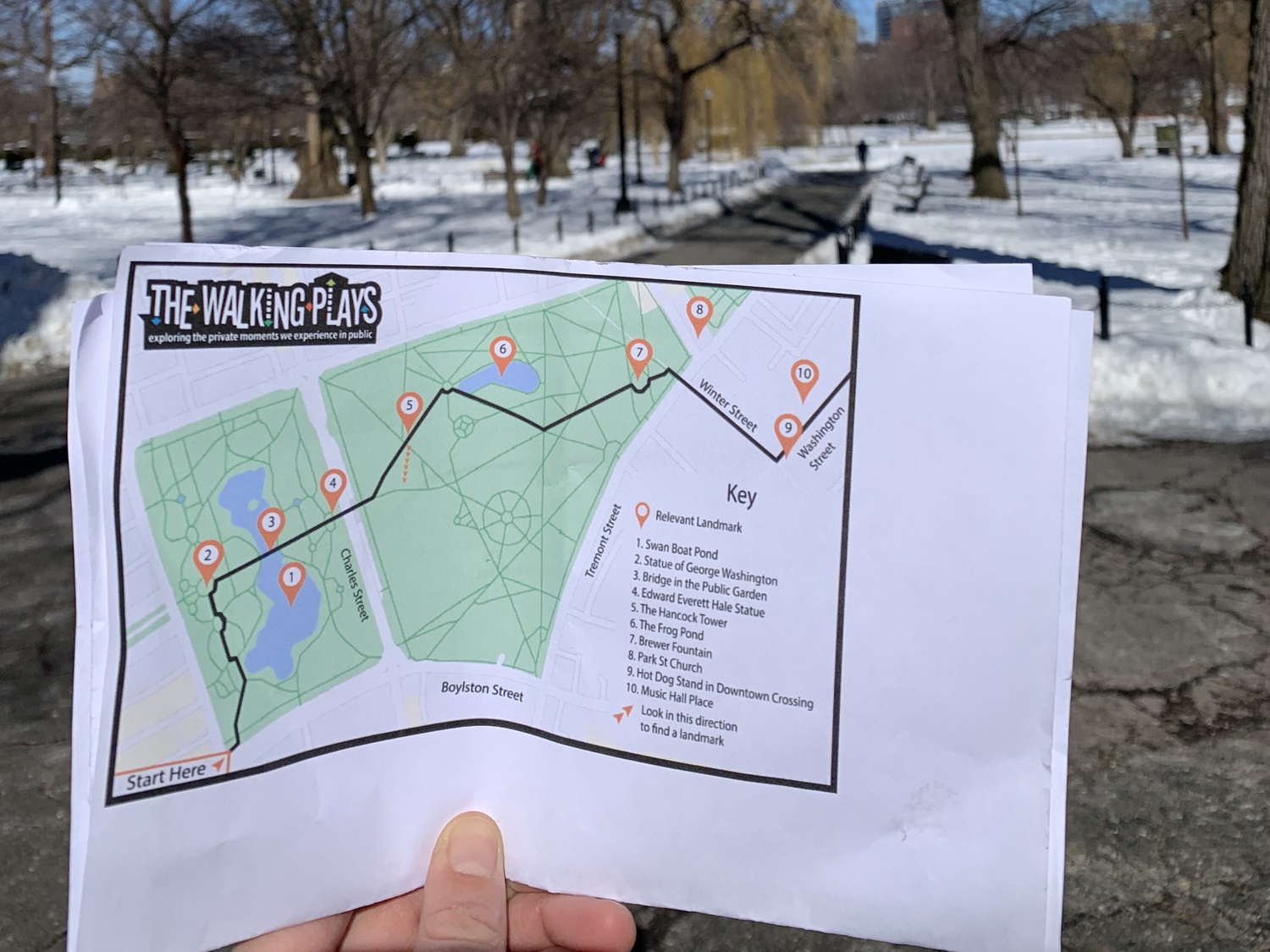 The Walking Play outlines a specific path to take through Boston Common which corresponds to key events in the accompanying audio. By Maliya V. Ellis
Advertisement
Advertisement

While other theater companies tried to adapt plays for a Zoom setting, Lyric Stage, Boston's oldest theater company, was reluctant to entertain audiences through a screen. Instead, Lyric hoped to entertain without adding screen time by encouraging audiences to step into the city.
By Maliya V. Ellis

As I walk from Copley Square to the Public Garden on a winter Friday, I must look to passersby like a typical pandemic-era pedestrian: hat on, mask up, earbuds in. But in fact, I am not merely out for a stroll; I am enjoying the closest to live theater I’ve experienced in over a year, Lyric Stage Company’s Walking Plays.

Lyric Stage is Boston’s oldest professional theatre company. In a normal year, it produces seven shows each season, ranging from musicals to new plays. In the Boston theater scene, Lyric Stage is particularly known for its intimate feel: Audience members surround the small stage on three sides, and there is usually no raised platform separating the actors from the audience, creating a uniquely immersive experience.

But the pandemic changed everything. When public health restrictions made live theater impossible, Lyric Stage had to pivot to remote programming. For an organization normally committed to supporting Boston artists and offering intimate experiences, the challenge required reordering priorities.

“We are an organization that gathers people together in a physical space and promotes empathy and conversations through the storytelling that we do,” reflects Matt Chapuran, Executive Director of Lyric Stage. “And so we had to take a step back and ask ourselves what’'s the service that we wanted to provide in this moment?” 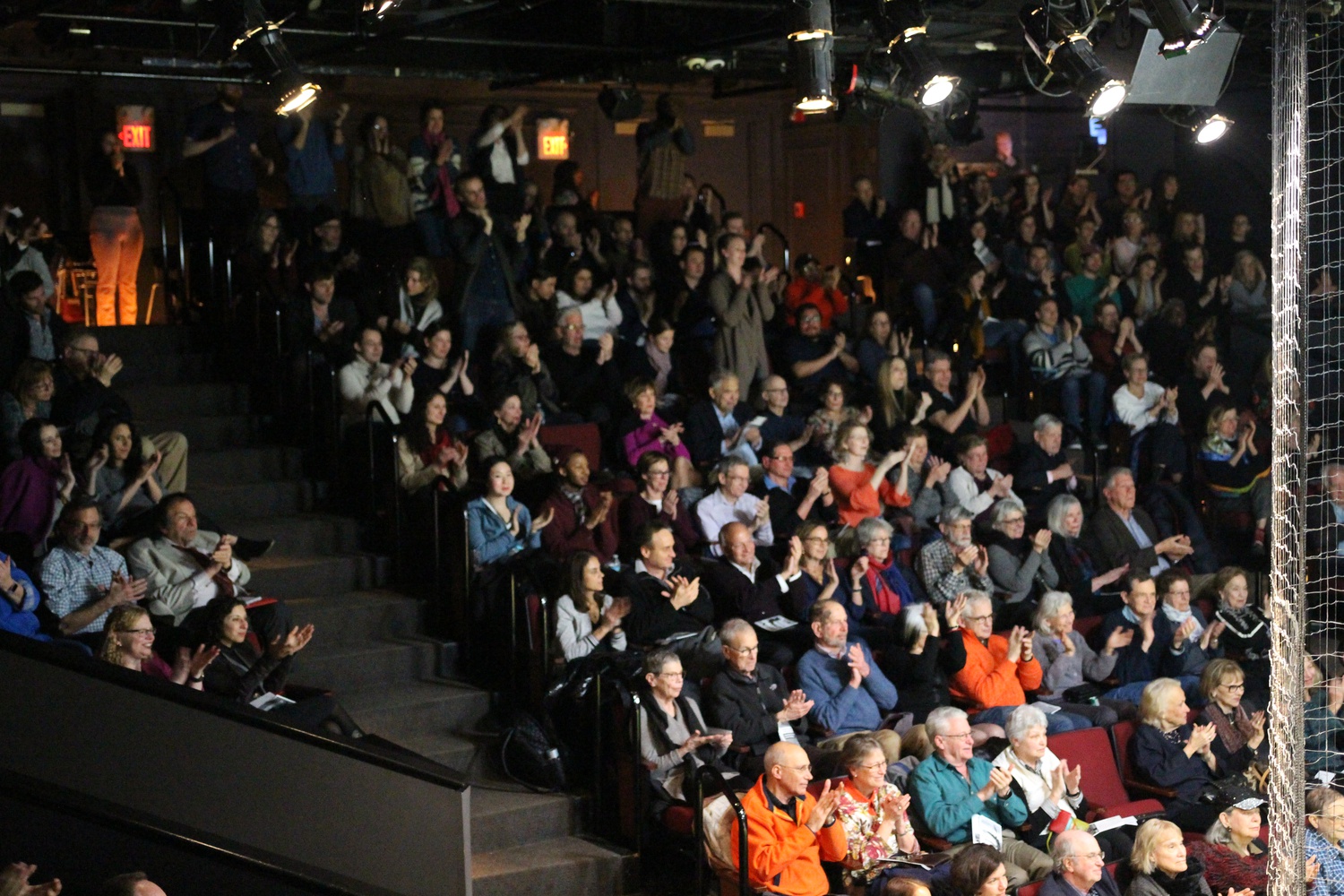 While other theater companies tried to adapt plays for a Zoom setting, Lyric was reluctant to entertain audiences through a screen. “I think that there’s also an inherent challenge for live theater organizations if you start to go online too much,” says Chapuran. “At a certain point you’re reinventing television.” Instead, Lyric hoped to entertain without adding screen time, by encouraging audiences to step into the city.

Thus, the genesis of the Walking Plays: Lyric chose a route through the city, then commissioned six Boston-based playwrights to create short audio plays designed for audience members to listen to while walking each segment. Listeners virtually follow the characters in the play, and can spot landmarks referenced in real time. Each playwright was instructed to carry over a character from the previous play, creating a sense of continuity, though not of linear progression.

Only two plays have been released so far, but all six will be available by mid-May, when Lyric hopes warmer weather will encourage more participation. Eventually, audience members will be able to listen to all six plays back-t0-back, totalling an hour-and-a-half walk from Copley Square to Back Bay.

To prepare for my Walking Plays experience, I print out the map available on Lyric’s website, find the plays on its Soundcloud, and head down to Copley Square. The map shows a clear route through the city, with numbered landmarks along the way — a gold dome, a fountain, a statue. As a Boston neophyte, I still need to consult my compass app to orient myself, but I eventually locate the corner of Dartmouth St. and St. James Ave. and press play.

The first play, by David L. Valdes, is entitled “Paying Attention” and follows Yaya, a trans woman of color, and her girlfriend, T, as they walk through the city in the summer of 2020. Along the way, the couple pass a Black Lives Matter protest, which prompts them to discuss issues of social change and privilege.

In developing the play, Valdes himself walked the prescribed route over the summer, making observations along the way. “I actually didn’t go down with any particular agenda of what story I wanted to tell,” he says. “I wanted to let the walk tell me.” He noticed new Boston landmarks and passed a Black Lives Matter protest, which ultimately inspired the themes of social change in his play.

Immediately, I feel like I’m walking with Yaya and T. T points out the Boston Public Library, engraved with names of famous thinkers. I look to my left — there it is. I read the names in real time with her voice, before crossing the street — “Quick, we’ve got the light!” says T in my ear. I nearly jump at the sound of a car horn, before realizing it’s part of the play. It’s a novel combination of imagination and reality: All that is missing are the actors’ physical forms. 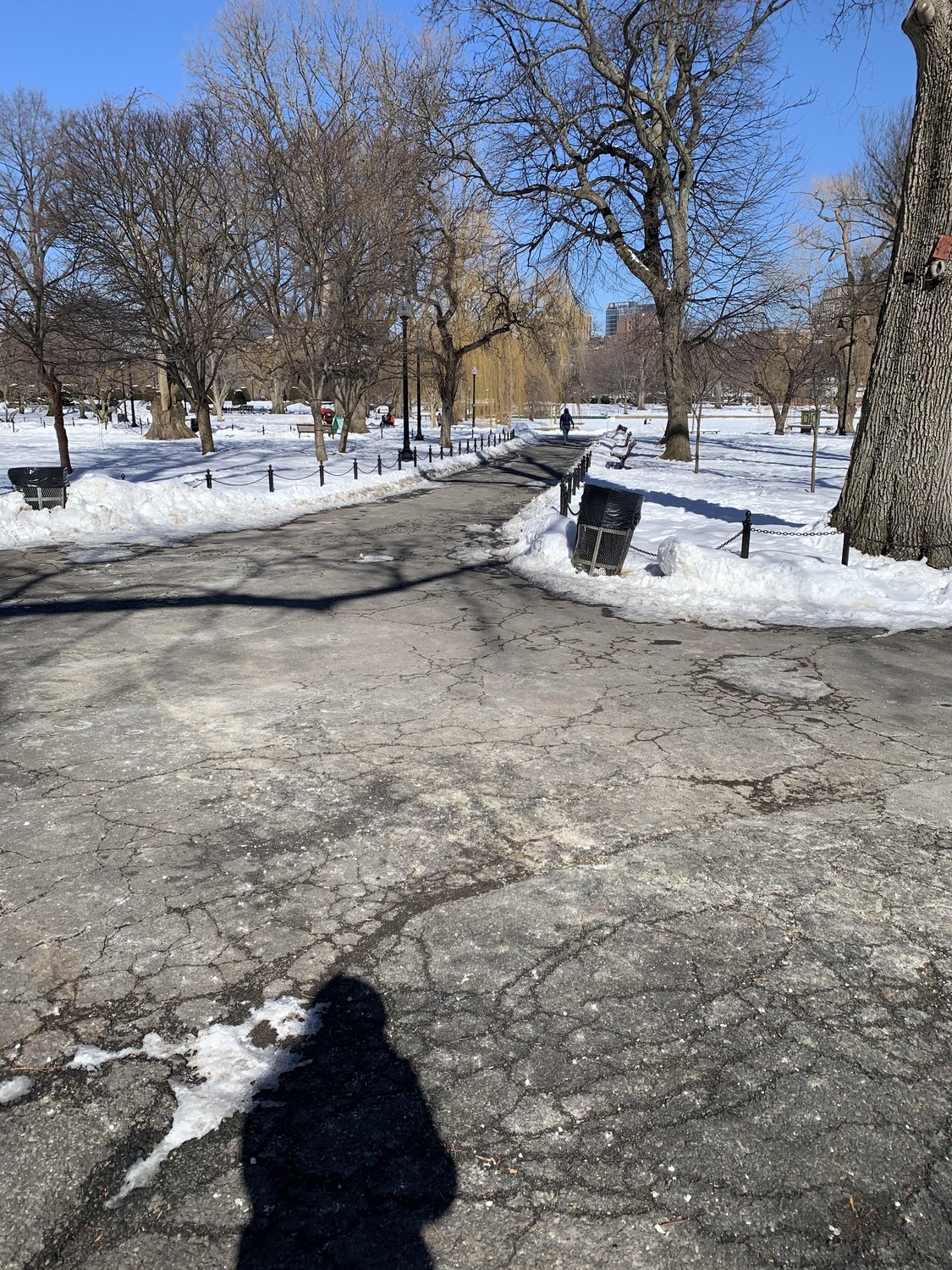 The play ends at the Boston Public Garden, and I switch tracks to the second play: “Monster in the Sky,” by Ginger Lazarus. The play takes me back to a “foggy weekday in October, 2001,” and follows an 11-year-old Yaya and her friend on a class trip, shortly after 9/11.

Along the way, they find landmarks and discuss issues of uncertainty and gender identity, culminating with Yaya coming out as trans to her friend. I can barely keep up as the characters reference specific sights: a swan pond, cone-shaped hedges, a remarkably horizontal tree branch. “It’s sort of a little love letter to the city,” quips Lazarus, a life-long Boston resident.

Lyric hopes that the plays can be more than guided walking tours by offering an intimate experience dedicated to “exploring the private moments we experience in public,” according to their website.

“You sometimes find you’re having incredibly private conversations under the cloak of the city,” says Courtney A. O’Connor, Lyric’s Artistic Director. “It allows you sometimes an openness and vulnerability that, when you’re in a quiet, private space, can be more terrifying.” O’Connor hopes the plays create moments of vulnerability between the characters, and that listeners, by “eavesdropping,” experience that intimacy, too.

The unique listener experience — just you and your earbuds — is intended to create intimacy, as well. “That gap of you in your seat, watching from afar, is gone,” says Valdes. “Instead, the person is inside your head. So there is a real immediacy and warmth to it.”

The Walking Plays also offer a uniquely accessible way to consume theater: free downloads. This accessibility is in line with Lyric’s long-standing goal of “service” to “the city of Boston and all of its neighborhoods,” according to Chapuran. To that end, Lyric is considering expanding Walking Plays to more neighborhoods of Boston, even post-pandemic.

I walk down Winter St. toward Downtown Crossing as the play comes to a close. Yaya and her friend finish their day with lunch at a hot dog cart; sadly, I don’t see one around. As the audio quiets, the sounds of the city filter back in, and the streets are no longer a stage. But I remember the title of the first play — “Paying Attention” — and perk back up.

Valdes says he hopes listeners will come away from his play “both appreciating the city itself, but also thinking about how every person they’re passing is a story.” So I pay attention on my walk back — to the man on the phone with smiling eyes, to the girl wandering with a large suitcase, to the couple sharing a forehead kiss through their masks — and wonder what private moments they’re experiencing, and what their stories are.