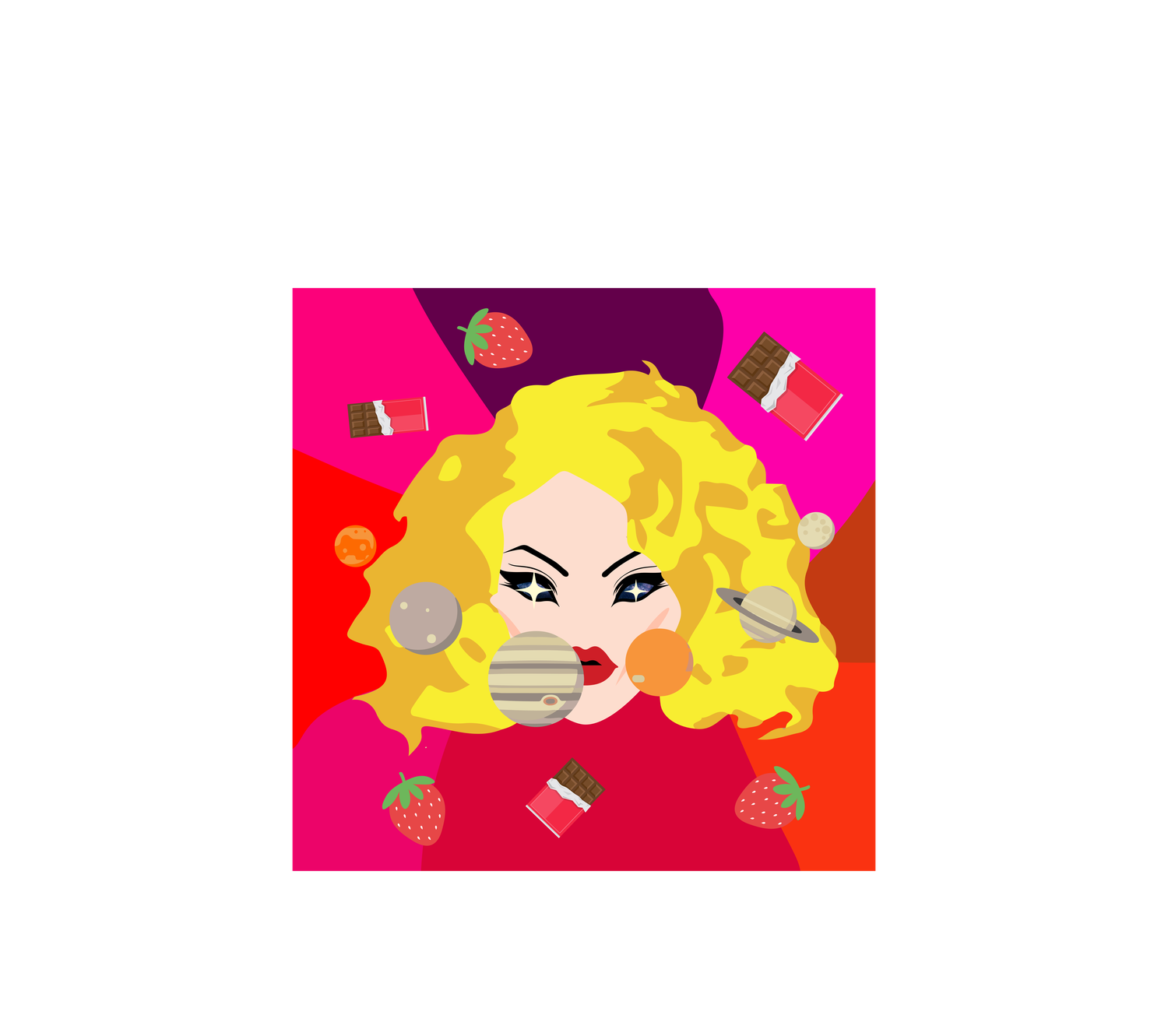 Live From Her Studio Boudoir: Welcome to Coleslaw’s Classroom

One such experimental event is Coleslaw’s Corner. With a spotlight on Boston’s brightest stars of drag, Coleslaw’s Corner has been a stronghold of after hours offerings at the Museum for the past two years, often selling out all 209 seats of the planetarium.
By Francesca J. Barr

Featuring 48 minutes of animated avocados, smooth jazz, and an expert’s perspective on aphrodisiacs — it’s Thursday night at Coleslaw’s Corner. Coleslaw, a Boston-based drag queen, dons a spiked collar and purple lipstick before changing into a tutu and apron to dive into the myths and truths behind the sensuality of food, the subject of tonight’s show.

Coleslaw’s performance is part of the Boston Museum of Science’s SubSpace programming, an initiative marketed “for adults looking for something different” to offer a “new wave of nightlife” in the city. Normally used to educate school groups about the stars, entertainment experiences such as an audio-visual tribute to David Bowie take over the 57-foot dome and surround sound speakers when night falls. Think “La La Land,” but less corny. Starting in 2016, “Subspace” has continuously expanded its programming, hosting events like “Fake Science with ImprovBoston” and a live synesthetic orchestra. The mission is all about being “the Museum’s experimental playground.”

One such experimental event is Coleslaw’s Corner. With a spotlight on Boston’s brightest stars of drag, Coleslaw’s Corner has been a stronghold of after hours offerings at the Museum for the past two years, often selling out all 209 seats of the planetarium. 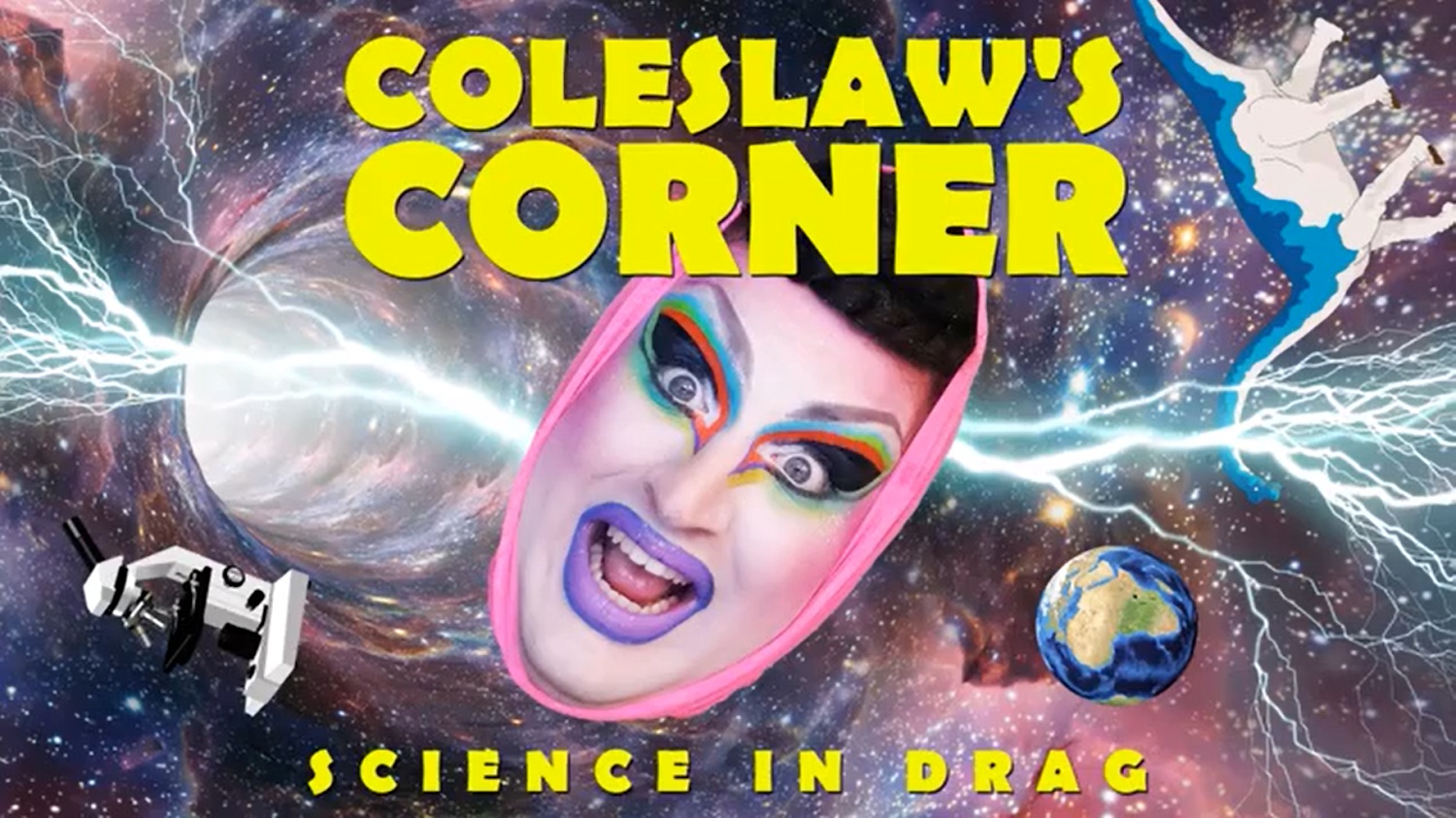 Coleslaw’s Corner brings funny and enlightening conversations about science and technology into viewers' homes. By Courtesy of Coleslaw

Coleslaw was a SubSpace regular before the pandemic, beginning in 2018 as a host for “just an ordinary drag show,” she explains. As Coleslaw’s Corner evolved, with years of experience as a DJ and entertainer behind her, the SubSpace event became story-driven, immersing the audience with custom visuals that spanned the ceiling of the planetarium. Though Coleslaw’s live shows were put on hold last spring due to the pandemic, she has since shifted online with a virtual conversation series called “Coleslaw’s Corner: Science in Drag.” The show was born, along with a number of free virtual SubSpace events focused on education. They’ve hosted a Fortnite Tournament and “A Night of Mindfulness Meditation.” But Coleslaw’s web series is unlike anything else.

This week, joined by hundreds of viewers on Youtube, Coleslaw hosted her fourth virtual show. She opened — “reporting live from my studio boudoir” — before bringing in guest Martha Hopkins, author of “InterCourses: An Aphrodisiac Cookbook.” The video premiered for Valentine's Day, using the palpable love in the air to discuss sensuality in French Toast baked in honey pecan sauce. But despite the sexy conversation Hopkins brought to the table, Coleslaw is the undeniable star of the show.

Coleslaw has not shied away from using her platform to take on more serious missions as well. In the wake of the Black Lives Matter movement that arose this summer, Coleslaw’s Corner hosted Sarah Weiner, Education Associate at the Museum of Science, to ask “What contributions have women, people of color, and the BGLTQ community made to STEM and how have they shaped our world today?” In the video, the SubSpace audience was able to “learn about the past you didn’t study in school and meet the underrepresented voices who built the pillars of science.” This focus on underreported histories is something that Coleslaw wants to continue exploring with co-producer James Monroe at the Museum. Monroe explains how powerful it is that people can watch her and “really learn something important, as opposed to something silly.” 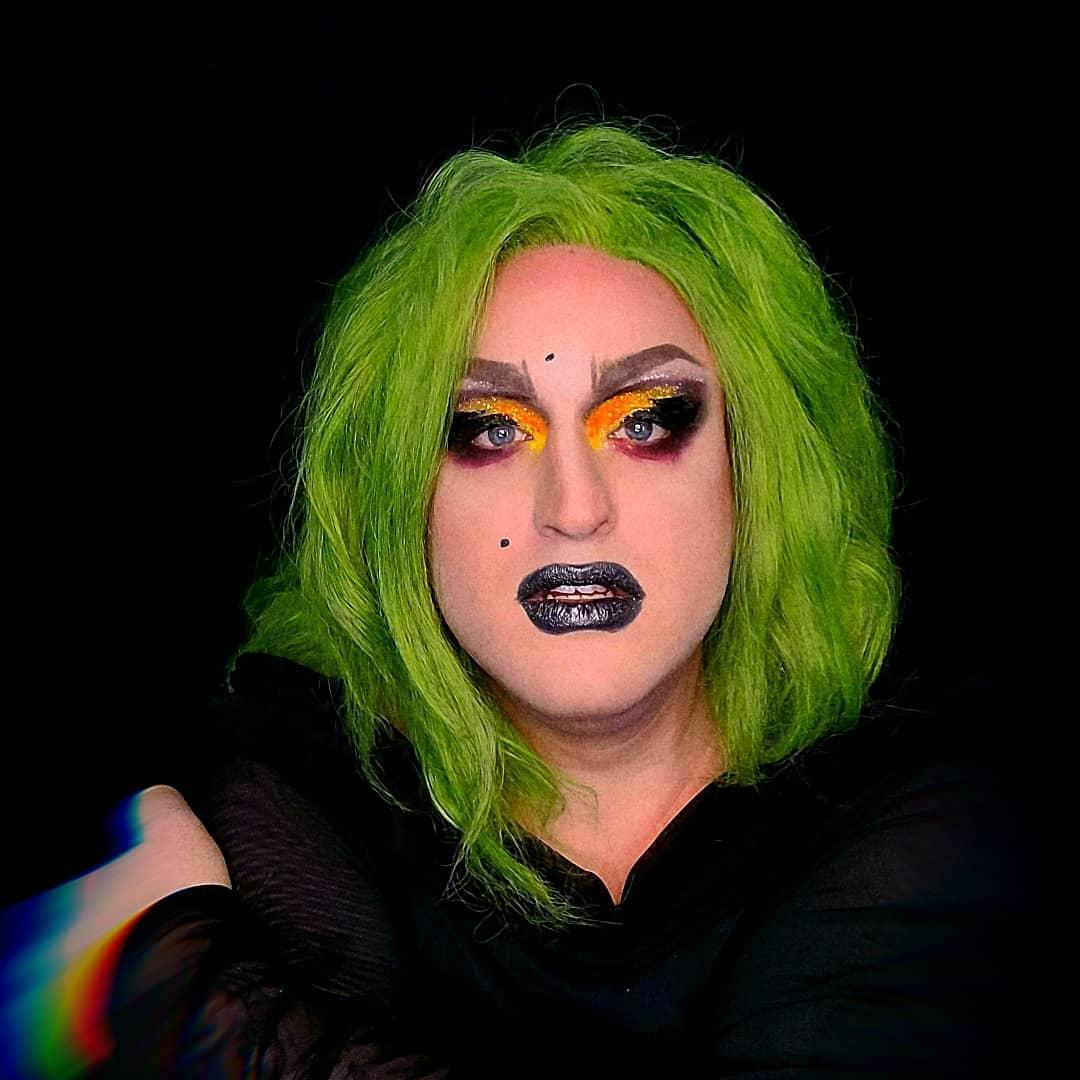 Coleslaw, a Boston-based Drag queen, would regularly sell out shows at the Charles Hayden Planetarium before the pandemic. By Courtesy of Coleslaw

Coleslaw’s Corner joins a wide array of other LGBTQ people blurring the lines between education and entertainment: projects like Youtuber ContraPoints’ video series investigating current social issues and Jonathan Van Ness’s “Getting Curious” podcast. Through their platforms, it’s more than what the creators are saying, it’s how they’re saying it — each of their personalities centered alongside the conversation. Van Ness even taped a live episode of “Getting Curious” as part of the 2018 SubSpace season.

Beyond her web series, Coleslaw also hosts The Serve Network’s digital Drag shows weekly on Twitch — each episode’s theme is a decade in history. Featuring “an ever-rotating array of Drag artists from around the world,” Coleslaw and The Serve team have kept the spirit of performance alive each Monday evening.

No matter what she’s up to, Coleslaw’s work has kept pushing the boundaries of genre and medium — disrupting the line between drag show and webinar. Having already covered topics from animals to space to the history of science, Coleslaw assured that “Science in Drag” will be returning live at the planetarium when the time comes, hinting that “the cogs have been turning.” In the age of a new normal, the power of drag is seemingly limitless in Coleslaw’s hands.