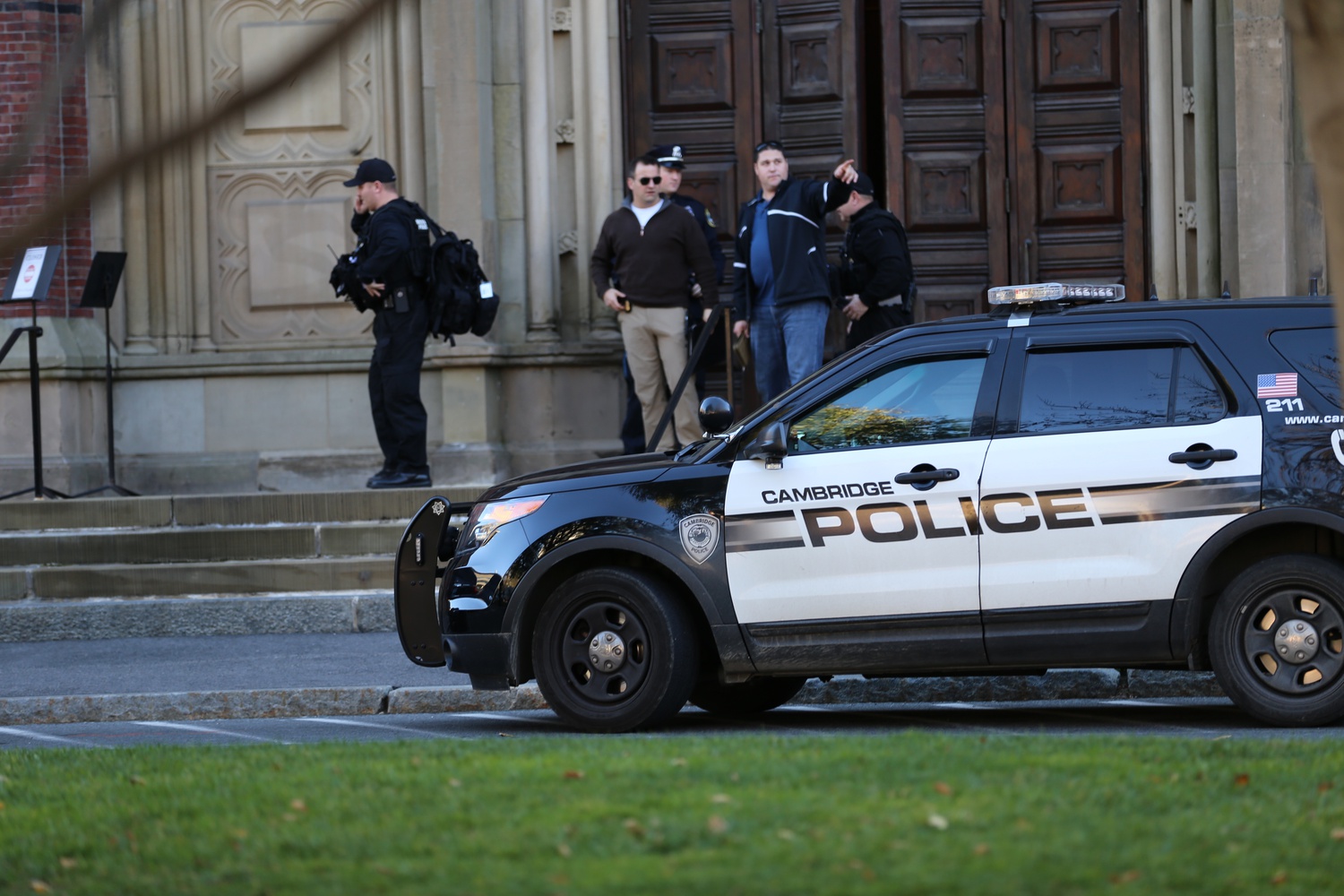 The Cambridge Police Department announced Tuesday that it will reduce its arsenal of long guns and non-lethal weapons by 20 percent and 30 percent, respectively. By Lauren A. Sierra
By Raquel Coronell Uribe, Crimson Staff Writer

The Cambridge Police Department will reduce its inventory of long guns and less-than-lethal weapons and will retire officers’ camouflage uniforms, the department announced Tuesday.

The department’s move — first reported by the Cambridge Chronicle — by comes after a turbulent summer for law enforcement and calls by Cambridge residents to demilitarize the city’s police force. Last July, CPD publicized its inventory of department equipment, which includes an armored Lenco BearCat vehicle, sniper rifles, 64 M4 assault rifles, and tear gas, which has since been destroyed. At the time, several City Councilors said they were concerned by the weapons in CPD’s inventory.

CPD’s inventory also contradicted a previous statement by Cambridge police commissioner Branville G. Bard, Jr., who had claimed in June CPD possessed “no” military equipment. Bard later said that he meant the department “did not possess materials that are only restricted to the military by law.”

CPD spokesperson Jeremy C. Warnick wrote in an email that the department has identified 20 percent of its long weapons — including shotguns and sniper rifles — to eliminate from its arsenal. He added that CPD also plans to reduce its non-lethal weapons inventory by 30 percent.

Cambridge resident and activist Loren Crowe, who is also an Army veteran, said he encouraged Bard in conversations to commit to reducing CPD’s military weaponry.

Crowe said in an interview that he believes CPD’s decision to retire camouflage uniforms and the identified weapons marks a step toward demilitarizing police.

Beyond Tuesday’s announcement, CPD has not set forth a timeline for retiring the identified weapons. Bard told the Cambridge Chronicle that Massachusetts statute requires police forces to auction off unwanted weapons, but he worries that process could result in putting weapons into the wrong hands.

Warnick wrote in his email the department is working with city officials to examine alternatives.

“The date is TBD as we are currently working with the City Solicitor to determine if it is possible to destroy the retired weapons versus have them auctioned off and potentially end up in the wrong hands,” Warnick wrote.

Crowe said he felt “preliminarily happy” with Bard’s decision, though he added CPD must take further steps to improve its relations with Cambridge residents.

“There’s a lot of work to do from here, but I think it’s a strong signal that the community has a partner in our police commissioner,” Crowe said.

Cambridge City Councilor Quinton Y. Zondervan said in an interview he is not satisfied by CPD retiring some of its military equipment. He cited activists’ demands to disarm CPD entirely.

Zondervan said he is open to the idea of a limited number of officers carrying handguns in some situations. In no situation, however, should CPD officers have access to military equipment, Zondervan said, such as the department’s armored BearCat vehicle.

Warnick told Cambridge Day in 2015 that CPD had received the armored personnel carrier free of charge from the Department of Homeland Security.

“It’s just not necessary, in my opinion, for public safety,” Zondervan said. “We interpret this as a form of intimidation.”

Crowe also said he believes CPD’s possession of military equipment can alienate Cambridge residents. He referenced his deployment in Afghanistan as a U.S. Army officer.

“I’ve seen it when people roll around in Afghanistan in giant armored vehicles, and they’re rolling straight past the communities that they’re supposed to be interacting with, eventually that community is going to give up on those people,” he said. “It’s the same when there’s an armored vehicle rolling around in Cambridge.”

Warnick wrote CPD does not currently have plans to retire the BearCat vehicle, but that Bard is exploring alternatives that “would provide similar capabilities.”