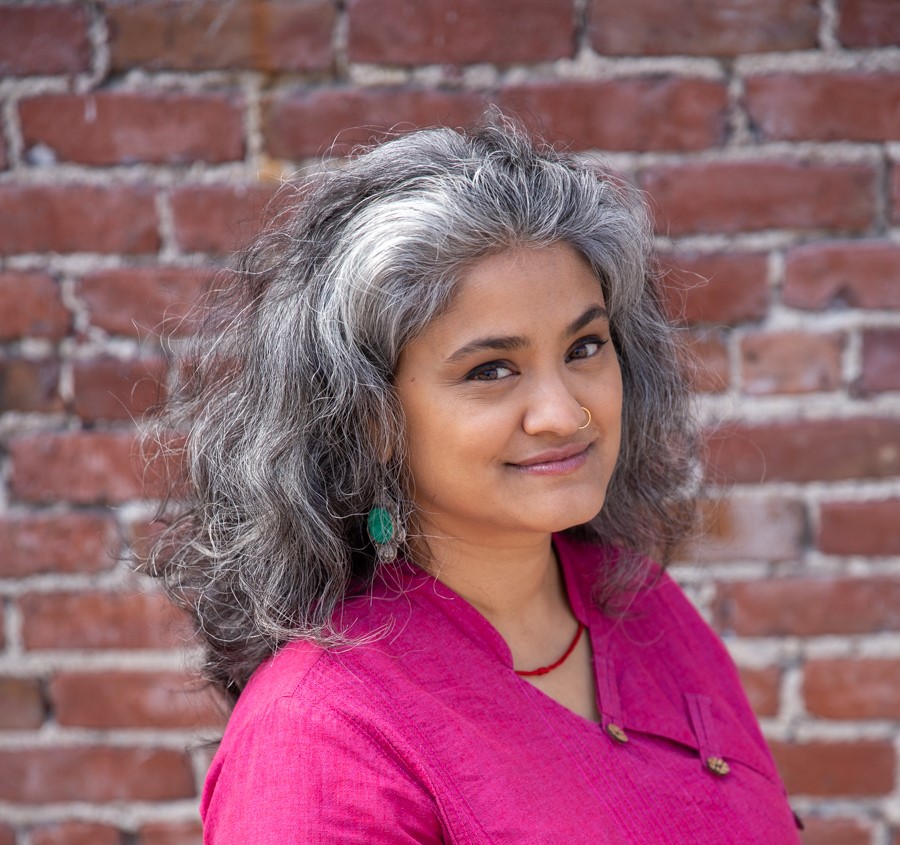 “A Plan to Repair the Heart”

sujatha baliga’s path to restorative justice, a non-carceral response to crime, began with what she calls a “nervous breakdown.”
By Josie F. Abugov and Saima S. Iqbal

sujatha baliga’s path to restorative justice, a non-carceral response to crime, began with what she calls a “nervous breakdown.” Fresh out of college, baliga ’93 — who prefers to have her name styled in all lowercase — spent a year living in India while waiting on acceptance to law school. She was determined to become a prosecutor, to put criminals behind bars. Her work was in part fueled by rage: As a child, she was sexually abused by her father. She never reported because of the possible repercussions the action could have on her family.

“I did not want my father locked up,” she explains. “I did not want potential immigration consequences for my family,” adding: “I did not want to be put in some other family that didn’t speak our language, eat our food. And so I, like the vast majority of survivors, didn’t contact the system.”

The abuse ended in her teenage years — when her father died of a heart attack. He never apologized to her. “I knew I was never going to get justice,” she says. “His death didn’t feel like justice.”

Backpacking through the Tibetan settlement of Dharamshala at age 24, she felt the full force of her rage. It manifested in migraines, stomach aches, and “all kinds of health problems.” At the suggestion of her housemates, she wrote to the Dalai Lama for advice. The Llama surprised her by granting her a private audience.

baliga remembers the Dalai Lama listened to her carefully, “with infinite compassion,” before asking her a pivotal question: “Do you feel you’ve been angry long enough?” No one had ever asked her that before. Surveying the “diminishing returns of anger” in her life, she responded yes. He then advised her to meditate and to “consider opening her heart to her enemies.”

The meeting was “the most important hour of [her] life.” She felt that the permission to feel angry about the abuse she suffered was “one of the greatest gifts [she] had ever received.”

“I didn’t like, instant ‘Poof!’, forgive my father,” she says. “The big eureka moment in my life was that I didn't have to be filled with hatred towards this person who I had really blamed for ruining my life.”

Months later, she accepted a spot at the University of Pennsylvania Carey Law School and decided to instead become a defense attorney. But after clerking in the federal courts and defending people on death row, she knew she could not practice law for long.

In school, she learned that punishment is intended to serve four purposes: general and specific deterrence to crime, incapacitation of violent offenders, and retribution. Looking at the rates of recidivism — the rate of reoffense by convicted criminals — and crime within prisons, she had to disagree. The criminal legal system only seemed to succeed at retribution, which she felt could not heal victims of crimes — never mind their perpetrators.

Her meeting with the Dalai Lama underscored the power of speaking one’s truth and being listened to, of having one’s own needs centered. “In criminal law, the state owns the harm, not you,” she explains. “Victims are totally sidelined.”

A friend from law school had encouraged her for years to read more about restorative justice, a peacemaking practice rooted in Indigenous communities. baliga explains that it draws inspiration from Navajo peacemaking practices, as well as Maori family group conferencing practices. In the early 2000s, she began attending trainings on holding dialogues between victims and those who had harmed them — exchanges intended to “lovingly hold [people] directly accountable to crime survivors’s self-identified needs.”

In 2006, baliga left the practice of law to “dedicate [herself] full time to restorative justice.” She joined a budding California-based organization founded by activist Fania Davis, sister of famed political activist and scholar Angela Y.Davis, called Restorative Justice for Oakland Youth. With the help of a Soros Justice Fellowship, baliga helped expand the program from five people meeting in a basement to a robust restorative juvenile diversion program. Since then, she has led several national award-winning programs for youth and people affected by domestic and sexual violence, creating space for an alternate conception of justice: one based on the power of community accountability rather than punishment.

A restorative justice case looks something like this: A district attorney designates a specific set of crimes that will be automatically eligible for restorative justice. A community-based organization is given access to these files and reaches out directly to the person who caused harm, without laying the charge. Once the person agrees to the program, the organization will contact the crime survivor and ask them three central questions: How are you harmed? What do you need? Whose obligation is it to meet those needs?

After a few preparatory meetings, both parties and their respective support networks convene in a circle. The face-to face-dialogue — the central piece of the restorative justice practice — unfolds and the person who caused harm presents “a plan to repair the heart.” This proposal must fulfill four tenets: doing right by the person you harmed, your parents or guardians, your community, and yourself. Once the restorative justice facilitator verifies the plan was completed, the community organization reports to the DA that the process is over. The charges are never dealt with in court. Nothing else happens.

baliga’s dedication to restorative justice extends far beyond her professional work. The belief system influences her closest relationships and even the presentation of her name. Her preference to not capitalize her name stems from a belief in minimizing hierarchy. “I’m looking at this desk I’m sitting at right now and thinking, ‘If I don’t think of myself as more important than this desk, I am less likely to trash the desk and get a new desk, right?’” she says. “Like, I feel like humans excessively elevate ourselves in relationship to all the things we don’t capitalize.”

When she and her husband find themselves on the brink of an argument, they read their wedding vows, which hang on a wall in their South Berkeley house, before they sit down with a talking piece. “We live circle,” she says.

She recently held a circle for her son after he witnessed someone break into their home. Even though he refused to give a description of the intruder after their neighbors called the police — baliga avoids calling the police at all and teaches her son the same – she knew he still needed to work through the trauma that the event provoked. In the space of the circle, baliga’s son could work through his fraught experience without fear that suspects would be racially profiled.

For instance, baliga doubts the effectiveness of implementing restorative justice programs in colleges and universities. Despite the many “wonderful things that come out of Title IX,” she believes that the civil rights law can make practicing restorative justice difficult, especially in the context of sexual violence.

“In my dream world, survivors would have an option for what they do,” baliga says. They could opt out of Title IX’s methods, some of which she considers “automatically triggering” in order to “make things right outside of those structures.”

She counters the notions that restorative justice only works in the context of non-violent crimes or with younger offenders. The true obstacles to implementing restorative justice have nothing to do with the nature of a crime. Instead, baliga points to a lack of imagination, “colonized minds,” minimal funding, blind faith in the state to address conflict, and dissociation from community. But restorative justice cannot co-exist with prisons.

baliga’s utopia is a world that foregrounds preventative care. She believes that providing accessible spaces for people to share their struggles, big or small, and receive support “before anything rises to the level of harm” will transform communities. “Almost every single harm that arises will not arise,” she says.

In the context of the criminal legal system, and the overarching assumption that wrongdoing necessitates retribution, baliga’s conviction in a paradigm-shifting ideal of justice may seem unreachable. For those with cautious imaginations and colonized minds, she expresses, non-punitive responses to harm might feel abstract, let alone unrealistic.

When baliga reflects on her own life, however, she recalls countless instances that were restorative justice in everything but name, moments when “people came together to heal a harm and listened to one another.”

“Basically, every time you’re doing that there’s a flavor of restorative justice in it,” baliga says. “But I think the roots of it are there in every campfire, every time that someone’s called you with a problem and you’ve had the wisdom to just listen without spitballing solutions.”

Maybe restorative justice — or at least its foundations — is already familiar.

— Staff writer Josie F. Abugov can be reached at josie.abugov@thecrimson.com.

— Staff writer Saima S. Iqbal can be reached at saima.iqbal@thecrimson.com.