LaKeith Stanfield, Daniel Kaluuya, and the Stars of ‘Judas and the Black Messiah’ On Why Their Film Should Be Mandatory Viewing 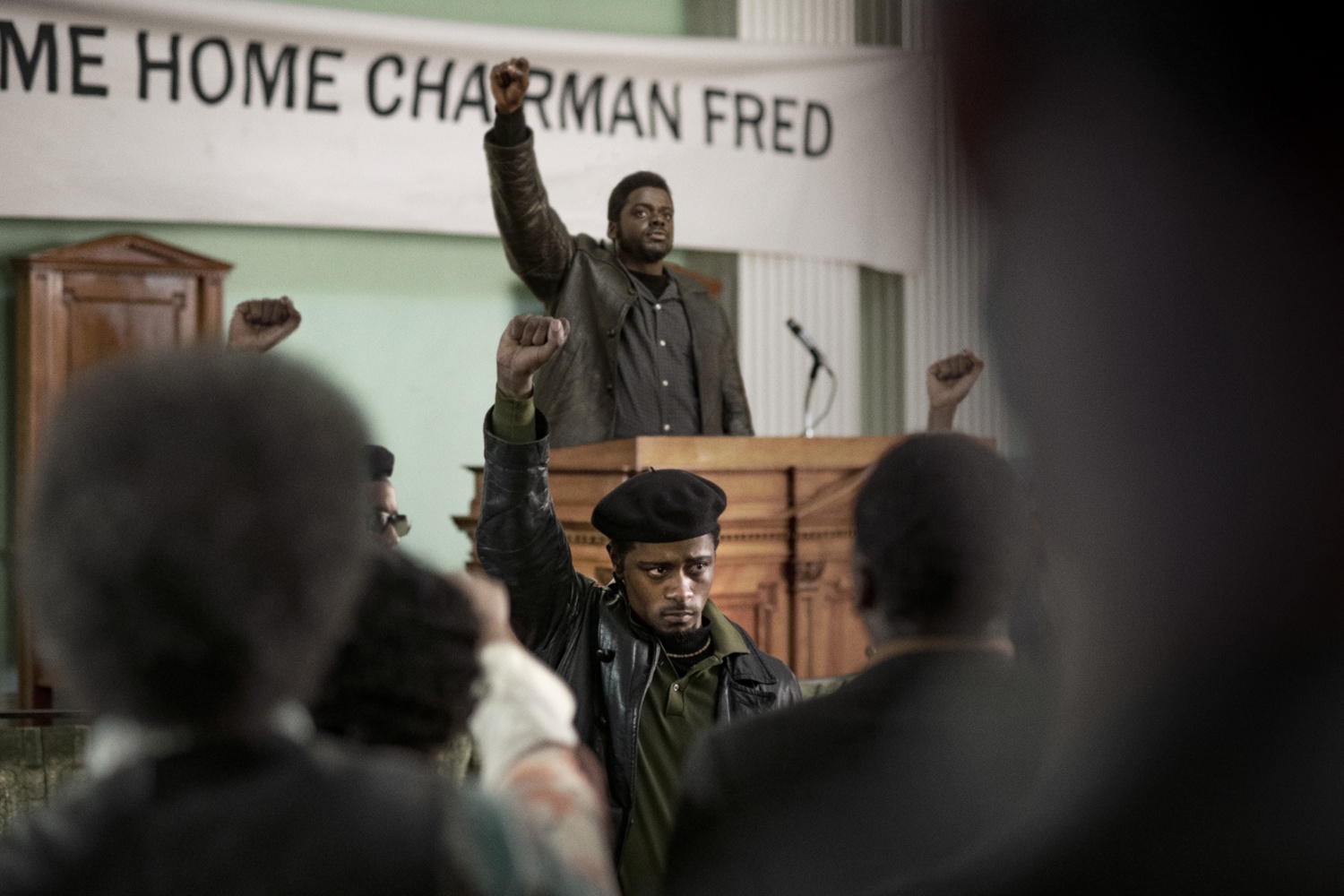 Compared to the stories of Reverend Doctor Martin Luther King Jr. or Malcolm X, the life and assassination of Fred Hampton, chairman of the Illinois chapter of the Black Panther Party, is not as well known by the general American public. Shaka King’s upcoming film “Judas and the Black Messiah,” debuting Feb. 12, hopes to change that.

The film stars Daniel Kaluuya (“Get Out”) as Chairman Fred and LaKeith Stanfield (“Sorry to Bother You”) as William O’Neal, the FBI informant who betrays the chairman. The film follows O’Neal as he grows closer to the Party and to Hampton, before ultimately betraying him — directly leading to Chairman Fred’s assassination by the FBI.

On Feb. 6, Kaluuya and Stanfield were joined by costars Dominique Fishback (“Project Power”), Darrell Britt-Gibson (“Just Mercy”), Dominique Thorne (“If Beale Street Could Talk”), and Algee Smith (“The Hate U Give”) for a virtual roundtable discussion to talk about their forthcoming film. While the conversation with the actors touched on all aspects of the filmmaking process — from researching the real-life characters they portrayed to filming long scenes on set — the discussion continuously returned to the socio-political implications of “Judas and the Black Messiah” and the history of race and power relations in the United States. Each actor offered their own insight on the importance of creating a film that tells the story of a lesser-known Black radical. They shared stories on how they first came to know about Chairman Fred and the historical Black Panther Party, as well as their feelings on the contemporary Black Lives Matter movement.

“We don’t know about Chairman Fred Hampton because, if we did, America would have to own up to the things that it has done,” said Fishback. “I think the importance, in general, is that we’ve always had heroes and we don't get to know that. There’s always some kind of white saviors in these stories. And by learning about Chairman Fred — and the fact that a lot of us have never heard of him — [we ask ourselves] who else have we never heard of?”

“This film articulates and shows strategies and blueprints of what a lot of people are feeling right now,” Kaluuya said, in answer to the same question. “And [then they go] ‘Oh, the stuff I’m feeling now isn’t new, isn’t foreign. I don’t feel weird for feeling like this.’ [They think,] ‘Oh, what did these people do about it?’” Kaluuya further highlighted the historical dimensions of the Panthers that audiences might learn through the film. “And then, a lot of people that have felt the urge to, a call to, move as a result of the murders of George Floyd and Breonna Taylor are going to take in this film and be like: ‘Oh man, they did this, they did what? They started a medical clinic? Wow. They fed kids? Wow. They educated kids? They took care of their world,’” he said. “I think we have the tendency to try to change the world, but when you change your world, the world sorts itself out. So it’s that thing where, I think, it could be a call for a lot of people to do that.”

Reflecting on her character Judy Harmon, a member of the Black Panther Party, and the roles of women in leadership positions, Dominique Thorne spoke of how she thinks society’s views on the topic have changed since the ‘60s and ‘70s.

“I think that the primary change that I see is an understanding of the fact that women will be placed in positions of power, period. This is not negotiable. This is fact. This is a right. This is something that is necessary. And it is something that needs to be far more commonplace than it is,” she said.

Beyond speaking to the film’s political implications, the actors all spoke highly of the film’s creator Shaka King.

“I owe a lot to Shaka King, our writer-director, because he really allowed me to put my stamp on the character,” Fishback said when asked about the intricacies of playing her role. “He allowed me to tap into my own womanhood, to express these stories and I think that’s what allowed me to get into the world and portray all of those emotions.”

“Shaka allowed us to exercise a lot of creative freedom, which is dope. A lot of people don’t give you the freedom to explore the character, they want to stay rigid to what’s in the text,” he said while describing what it was like to play a character as serious as William O’Neal.

While the six actors had different stories about growing up with varying degrees of awareness of Fred Hampton and the Black Panthers prior to filming, lessons to share on race and the Black Lives Matter Movement, and perspectives on the film, one thing they all agreed on was that “Judas and the Black Messiah” is required viewing of audiences everywhere.

When asked what audiences needed to see the film most of all, Britt-Gibson, who plays the co-founder of the Illinois Black Panthers Bobby Rush, responded quickly and succinctly: “Everyone.”

“I know that sounds like such a blanket response to an incredible question but I do believe that everyone needs to see it because it’s everyone’s story,” he said. “It’s our story, but it’s everyone’s story because Chairman Fred always spoke about power in numbers and power wherever there’s people — and unity. He was about unifying everyone. So this is a story that everyone needs to see.”

— Staff writer Annie Harrigan can be reached at annie.harrigan@thecrimson.com.