‘I NEED YOU’ Review: Jon Batiste Brings Radical Joy to the Moment 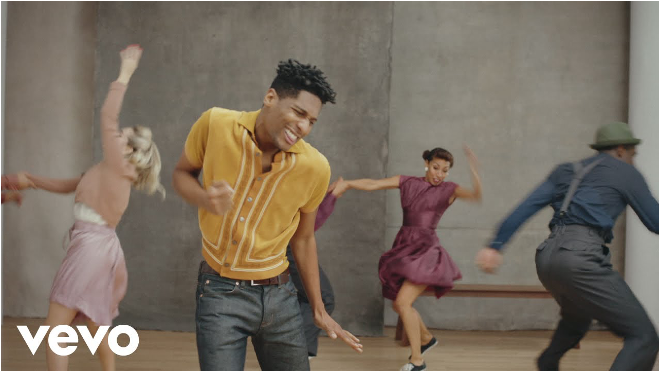 Jon Batiste in "I NEED YOU" music video. By Courtesy of Jon Batiste/Vevo
By Aarya A. Kaushik, Contributing Writer

Faced with a global pandemic, a mass reckoning with racist government institutions, and Zoom fatigue — a sense of emotional exhaustion has collectively settled over society. Still, that hasn’t been able to stop Jon Batiste, whose soulful, synergistic energy is matched by few other artists; it has actually invigorated him to push forward.

The artist’s latest single, “I NEED YOU,” dropped on Jan. 22 and is the second single off of his upcoming album, “WE ARE,” which is set to release on Mar. 19. Batiste opens the song with a testament to “the new normal” and its tiring effects: “We done a lot of living / We working overtime.” The song is a dizzying and jubilant anthem of defiant joy, evocative of Batiste’s community-based musicianship. In a 2019 interview with Forbes, Batiste said: “All experiences of music at the highest connect us to something greater than ourselves, that is transcendent. It's a form of getting us all on the same page.” Leading by example on the first verse of “I NEED YOU,” he sings, “I couldn’t wait to blow my own horn / It ain’t wrong for you to play along / Playing this song ’til you die, come on.” It’s a warm invitation for the listener to join in as the beat drops, spinning into a musical fervor.

Last month, Batiste garnered praise for his musical contributions to Pixar’s “Soul,” the animation juggernaut’s first film with a Black lead. As the longtime band leader for “The Late Show with Stephen Colbert” and a Louisiana native, Jon Batiste has musical unification in his veins. For him, music is as much about bringing people together as it is about harmony and rhythmic swing. Last year, in solidarity with the Black Lives Matter Movement, he led peaceful protests all over New York centered on music. This was a significant act of homage to the indelible history of jazz as a form of protest music — and it was done with joy. Confronting systemic white supremacy and police brutality, Batiste’s soulful piano-playing and megaphone-like melodica celebrated Blackness and Black joy in a spiritual way, a symbolic act of resistance.

The single’s accompanying music video dynamic; Batiste brings an art gallery to life with song and dance, rising to the mighty challenge of matching the music’s energy. Notable is the multi-generational appeal of the choreography and costumes, reminiscent of the cultural past and ever-evolving future of jazz.

Adding to the hype, Batiste dropped an “I NEED YOU” dance challenge on Instagram, which features him swinging and stank face-ing his way through the song’s pre-chorus. Watching him perform adds an entirely new layer to the music: this is joy in its most unadulterated form. “In this world with a lot of problems / All we need is a little love,” he sings. Jon Batiste’s impetus for social connection through his music is on full display in “I NEED YOU.” In a time of such extreme social isolation, it is a beacon of hope, heralding a brighter future.

In a line that encapsulates his character, Batiste sings, “Thank you, thank you for your love.” What might the world look like if we all turned up the volume on our intrinsic empathy, hopping on the same wavelength as him? Batiste’s musical genius and effortless swagger are rare to come by, sure, but we can all try our hand at fostering radical joy, in our own way.