‘A No-Brainer’: Harvard Student Athletes Explore Post-Grad Education and Competition at Other Schools 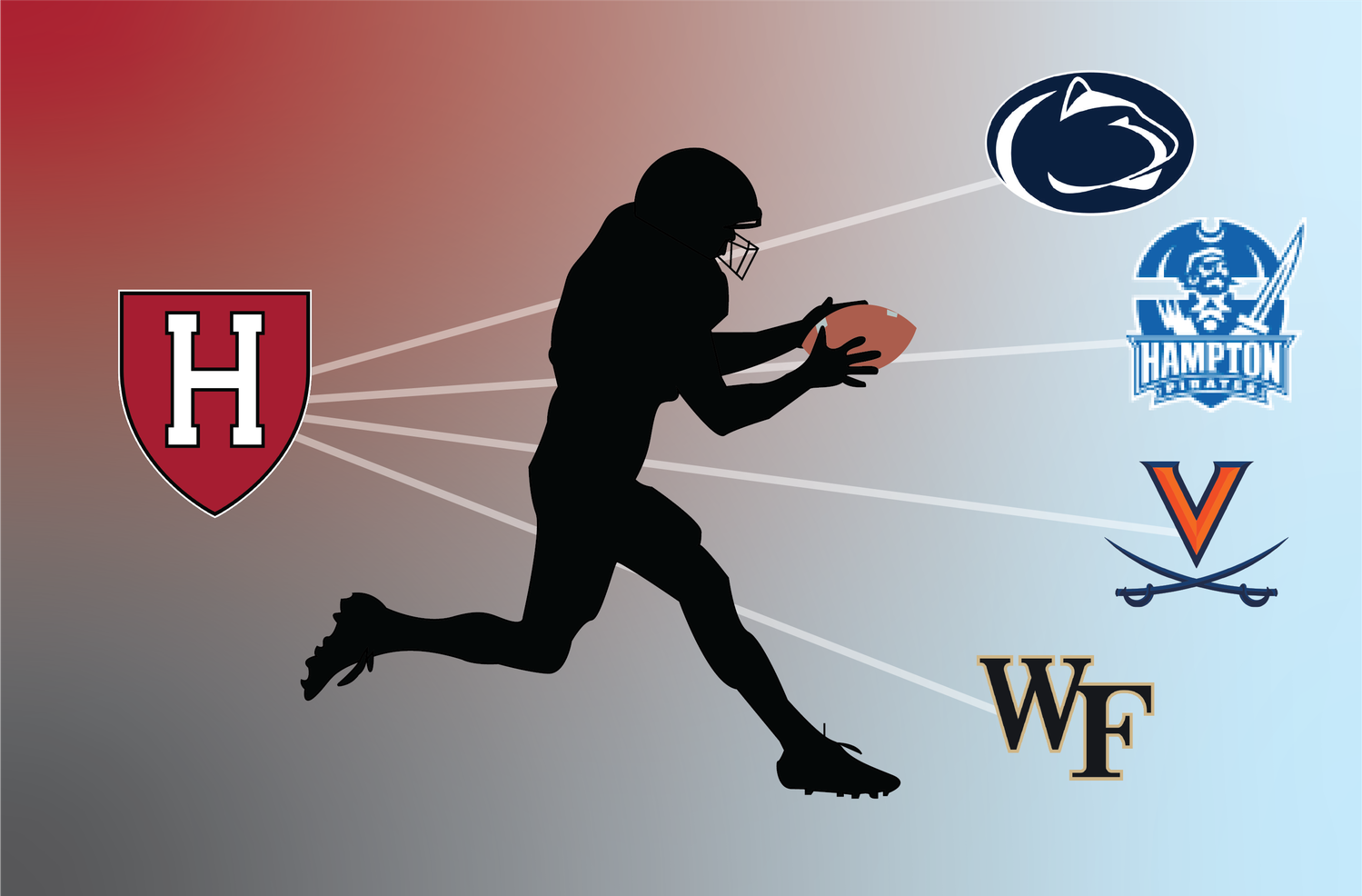 Some student athletes at Harvard plan to use their final year of athletics eligibility at a non-Ivy League institution following graduation. By Yuen Ting Chow
By Davit Antonyan and Benjamin L. Fu, Crimson Staff Writers

Some Harvard student athletes whose senior year seasons were canceled by the coronavirus pandemic are making plans to use their final year of collegiate athletics eligibility at other universities after obtaining their Harvard degrees.

Seniors who opted to finish out their final year at the College will find themselves with at least one additional year of athletics eligibility following graduation. Per Ivy League rules, Harvard cannot field graduate students on its teams, so undergraduates with another year to compete must use it at a non-Ivy League institution.

For men’s basketball player Danilo Djuricic ’21, the cancellation of the winter season meant he would never compete for Harvard basketball again.

“I think what I’ll miss most is definitely the brotherhood that we have on the basketball team — getting to see those guys every day, work hard, and practice,” he said. “Whether it be together on and off the court, that bond that we built, it’s definitely something that I valued really immensely at Harvard.”

At the same time, Djuricic said he will transfer to another school to finish out his collegiate career en route to playing at the professional level, he hopes.

“That’s always been a dream of mine, growing up and wanting to be a professional basketball player and play at the highest level possible,” Djuricic said. “At my next program, I’m really looking to take the next step in terms of basketball and be able to show the complete player I am and really put myself out there for people at the next level to see my ability.”

Djuricic said he has not decided where he will play next year, but that he has received interest from programs across the country.

Harvard football player Devin Darrington ’21 wrote in an email that he had not considered transferring until college football programs reached out to him asking if he was planning to use his extra season of eligibility.

“Once I realized that I had an opportunity to receive a degree from Harvard and play Power Five football, I couldn’t turn that down,” Darrington wrote.

Darrington wrote he decided to transfer to the University of Virginia after consulting with friends and teammates.

“I will miss everything about Harvard...the people, the football, the coaches, my teammates, and more,” he wrote. “Harvard is a very special place.”

By allowing Harvard athletes to transfer to use their athletics eligibility, the NCAA provides them the opportunity to receive a preeminent education and play four years of college sports, according to Harvard football coach Timothy L. Murphy.

“If you are good enough, the Grad Transfer Rule has offered the opportunity for student-athletes to get an extra year or two of D-1 College Football and a scholarship to go with it,” Murphy wrote in an email. “For several of our recent graduates it has allowed them to have the best of both worlds, a Harvard Football experience and undergraduate degree, and a scholarship to graduate school for an MBA as one example.”

Harvard women’s basketball player Jadyn C. Bush ’21 was already considering transferring to another university to finish out her college sports career after enduring a season-ending shoulder injury last year. That injury, paired with the cancellation of sports due to the pandemic, makes her eligible to play two more years on the collegiate stage.

Bush said she hopes to pursue a Master of Public Policy degree at the University of California, Berkeley, where she will also play basketball.

“I knew that I wanted to be at one of the top academic schools in the country, I knew I wanted to be closer to home, and I hoped that I’d have the opportunity to play at a Power Five conference,” Bush said. “So, it was a bit of a no-brainer.”

Her counterpart on the men’s basketball team, Mario O. “Rio” Haskett Jr. ’21, also will use his collegiate eligibility at a university closer to his home in Chesterfield, Va., Hampton University.

By attending Hampton, a historically Black university, Haskett said he hopes to serve as a role model to children of the same background as him.

“I was like, ‘What’s the next decision to help me continue to form this superhero narrative in a way?’” Haskett said. “For people of color and kids like me, it was to go to an HBCU next.”

Haskett said what he will miss the most about Harvard is the people.

“The thing I know I’m going to miss the most is that in-person community. Harvard was a special place, not because of what they taught us, but the type of other kids you meet there and the type of experiences you have with different cultures,” Haskett said. “Talking to that community is something you won’t get at any other school.”