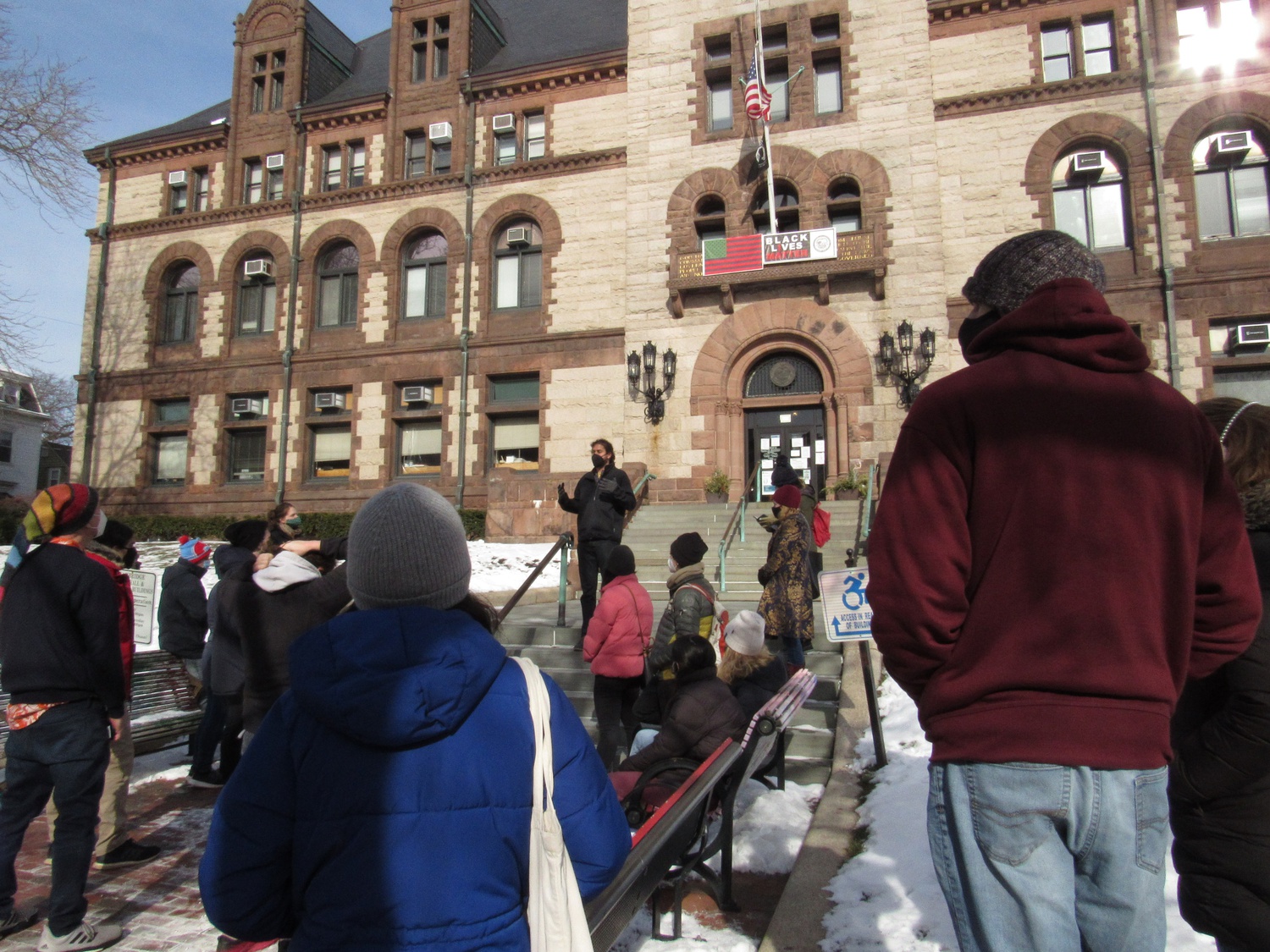 In advance of the Cambridge City Council meeting on Monday, a group of housing advocates distributed flyers to more than 1,200 households on Sunday urging residents to give public comment in support of “non-congregate” shelters.

The Council will vote on Monday on a policy order instructing the city to “investigate renting space” from the New England School of English to aid people experiencing homelessness. Project Right to Housing — the event organizers — coordinated the “Lit Drop” Sunday to encourage Cambridge residents to support the policy by attending and speaking in favor of it during the Council meeting.

Project Right to Housing’s mission is to support and create awareness about ongoing efforts led by other housing advocacy groups in the city, according to Piper W. Winkler ’21. Winkler, one of the group’s organizers, is also the co-chair of Harvard College Young Democratic Socialists of America. 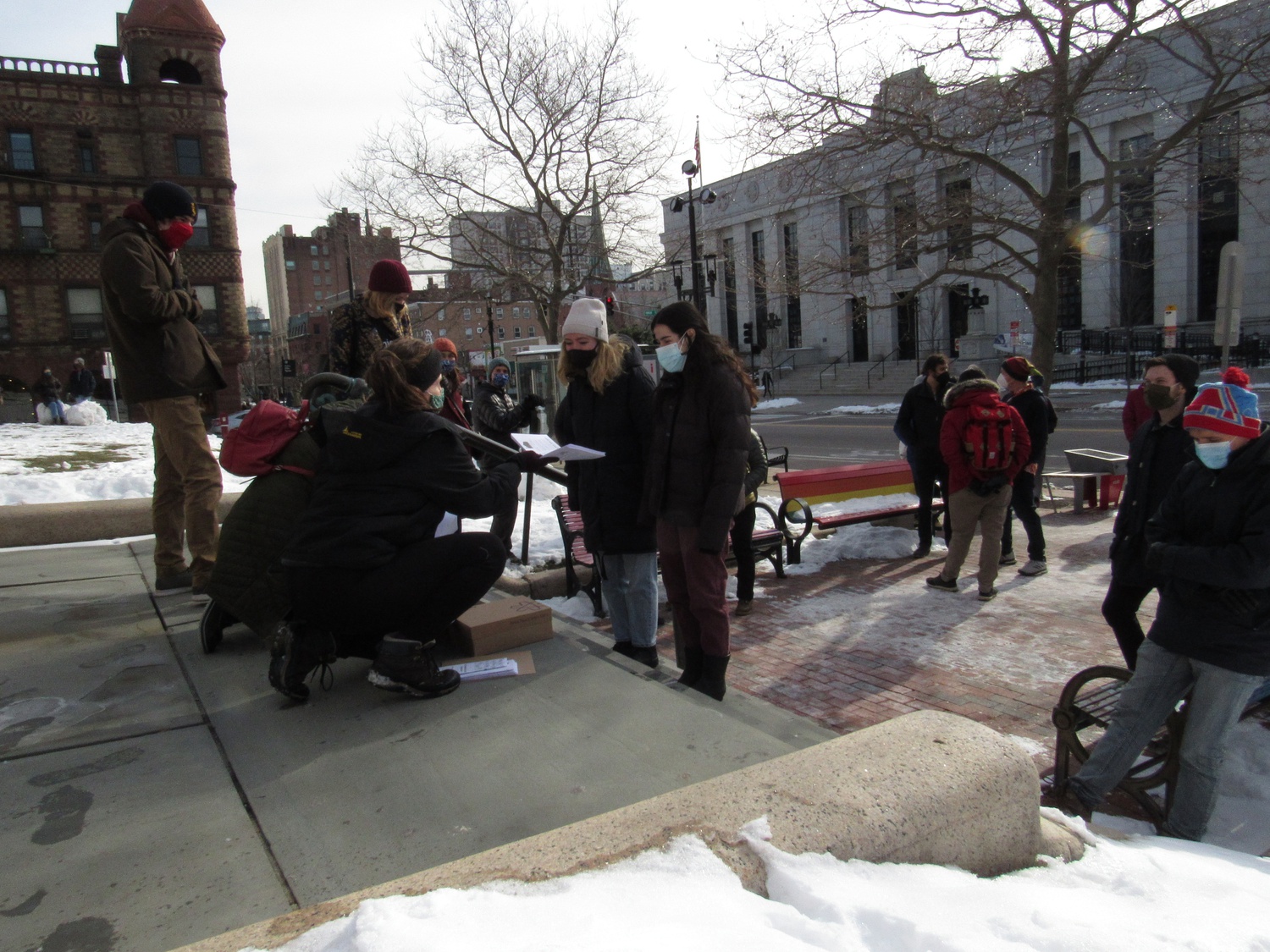 The policy order states that the New England School of English could serve as a potential non-congregate space due to the fact that the boarding school contains single-room dorms.

“A non-congregate shelter is one in which people have more individualized spaces, as opposed to congregate shelters, which feature people sleeping in a very close capacity often in a large single room with a number of beds in it,” Winkler said.

The school “reached out” to the City Council and began discussions about trying to “open it up for unhoused residents,” according to Councilor Jivan Sobrinho-Wheeler. The city has yet to complete a contract, though the state government has already transformed one of the school's dormitory spaces, located at Green Street, into a temporary shelter.

“The [state] contract is going to run out in the next few weeks, so now it's more about, 'can the city keep it going?'” Sobrinho-Wheeler said. “But the other piece of it that I think we're going to try to add to the policy order is to make clear that the Biden administration has now made clear that they're going to reimburse cities who are doing this.”

“Having sites that help house homeless folks during the pandemic, they're going to reimburse them at 100 percent, so there's, in my mind, no excuse not to do this anymore,” he added.

The group’s efforts to mobilize Cambridge residents in support of the needs of homeless residents stem from a petition signed by 121 individuals experiencing homelessness that was sent to the City Council and City Manager on April 19, 2020. It called for the city to “provide hotel rooms and/or vacant apartments” in lieu of the shelter space that the city then offered at the War Memorial Recreation Center.

John Chute, who started the petition, said he and other homeless individuals met with the City Manager, City Councilors, the city police commissioner, the chief public health officer, and a representative from the Cambridge Department of Human Service Programs about their demands. The process “took a long time” to address their concerns, he said.

Chute said that he hopes that the efforts by Project Right to Housing and other groups to get the city to fund non-congregate shelter spaces will transition to a push for long-term, stable, and affordable housing for the homeless.

“Why not put the money towards permanent housing?” Chute said.