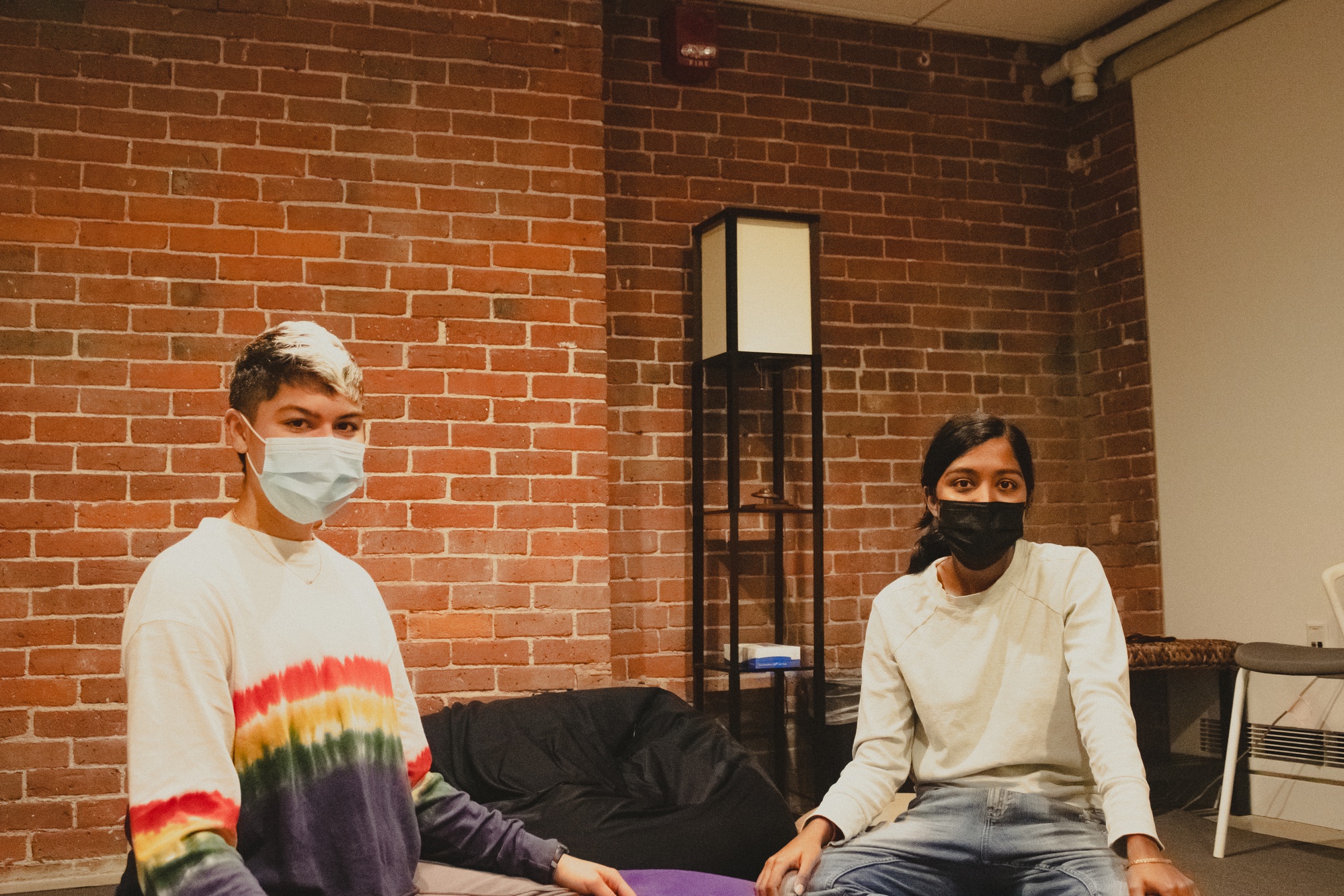 Once Margaux R. E. Winter ’21-’22 graduates this semester, they plan to spend several months in two Buddhist monasteries: rising at the crack of dawn, chanting sutras alongside fellow practitioners, and silently meditating for hours.
By Saima S. Iqbal

Once Margaux R. E. Winter ’21-’22 graduates this semester, they plan to spend several months in two Buddhist monasteries: rising at the crack of dawn, chanting sutras alongside fellow practitioners, and silently meditating for hours. As co-president of the Harvard College Meditation Club, Winter (a former Crimson Magazine editor) already partakes in several group meditation sessions per week, but they hope to develop their practice even further. They imagine they will likely meditate “for the rest of [their] life in some capacity.”

I initially viewed meditation as a way to inhabit and analyze your own mind. But for Winter, the practice is not so cerebral or inward-facing. Instead, they say the exercise of sitting and focusing on a singular object allows them to step outside themselves and observe things for what they are. While this shift in perspective is relaxing, Winter says they meditate in the hopes that “seeing clearly” will allow them to “act in a way that serves [themselves] as well as those around [them].”

I get a better sense of what they mean when I visit the space which hosts the Meditation Club’s regular meetings: the Grays Hall Serenity Room. According to Winter, it is the most popular devoted spot for meditation on campus. Located in the basement of the freshman dorm, it is both easily accessible and cozy. A large mandala-patterned rug sits as the center of the room, outlined by several brightly-colored meditation cushions. Warm, orange-tinted light reflects off its exposed brick walls. It is perhaps twice the size of a standard hallway single, but feels much larger. When we meet in the space, Winter offers to guide me through a quick meditation. (“So we don’t just exploit it,” they quip.) 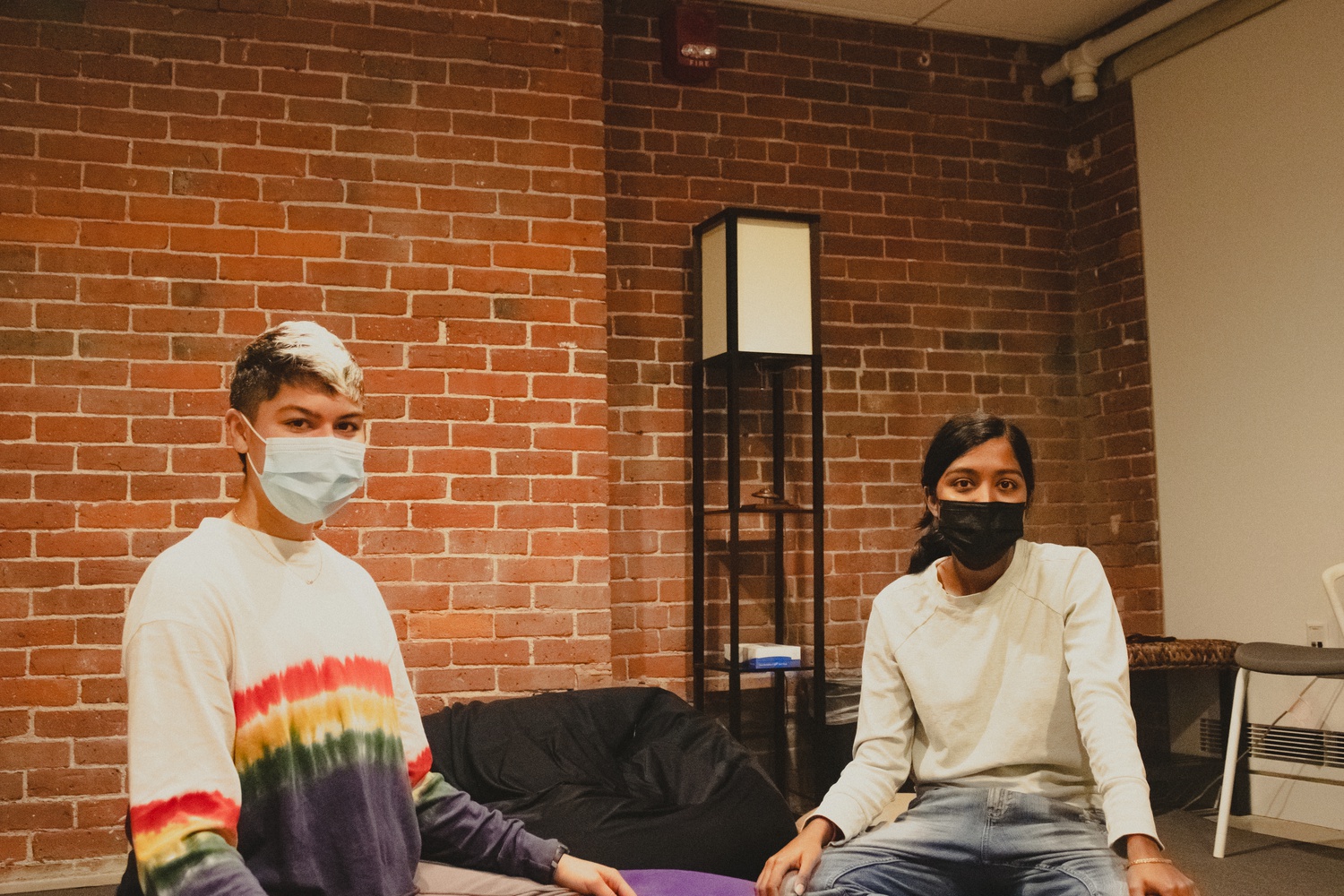 Margaux R. E. Winter ’21-22 and the author in the Grays Hall Serenity Room. By Joey Huang

We pick out two cushions, close our eyes, and concentrate on our breathing for five minutes. As we do so, the room falls away, aside from the comically loud gurgle of the radiator. I feel at ease, like I know what I’m doing, until Winter asks me to consider what it feels like to be supported by the ground, by Mother Nature. I don’t know what to think, exactly; they tell me later the questions come from a monk they studied with on a meditation retreat. Afterward, I don’t feel consciously different but I unwittingly mirror Winter’s open posture and repeatedly flex and rotate my achy wrists — the space seems to facilitate this sort of close bodily attention and care.

Looking back, Winter feels that the Serenity Room has also played a significant role in their approach to meditation. “In meditation practice, the forms are kind of important, like having your body in a wakeful but restful position,” they note. “Similarly, perhaps so is having a space that’s made for practice.”

“It has probably changed my life kind of radically now that I think about it,” they reflect.

Winter began meditating as a freshman, largely to de-stress and to reflect on their own thought patterns. The Grays basement was subject to renovation, so they practiced alone in their dorm room. At the time, meditation seemed useful but isolating. They don’t know if they would have stuck with it had they not soon met the “instantly welcoming” community for it on campus.

As a sophomore, Winter attended drop-in sessions with Nina S. Bryce, a tutor in Mather, as well as regular Meditation Club meetings in the Serenity Room. At these gatherings, students would sit in silence for 20 to 25 minutes, and then have space to discuss whatever was on their mind. Winter remembers focusing much more easily in the group setting and being struck by the “deeply spiritual questions” the president of the club posed.

They say that Social Studies lecturer Bo-Mi T. Choi, the faculty advisor to the club, often recounts that in Buddhism, there are three jewels: the dharma, the sangha, and the Buddha. “The Buddha was asked which was the most important of the three, and he was like, ‘Oh, it’s the sangha,’ which means the people you practice with,” Winter explains. “Having people to sit with, the energy literally feels different,” they add.

Members bring a palpable earnestness to their practice and toward each other. In Winter’s eyes, it is what allows the space to do what it does: encourage folks to bring their “full selves” to the group, and help them sit with hard realities, rather than escape from them.

The day the University announced it would send students home last spring, the Meditation Club planned to hold a traditional Tuesday night gathering. After everyone heard the news, they still came to the room at the normal time but stayed much later. In lieu of silent meditation, the members processed the change together aloud, crying and hugging and singing a beloved meditation song.

Even at the time, the gathering felt “very special,” Winter recalls. “To be able to sit in this space with other people who I’m used to being somewhat vulnerable with and have a grounding practice in the midst of everyone not knowing what was happening was very touching.” When I ask them what it was like to return to the room after so long, their reply comes easily: “It kind of felt like a homecoming.”