Arts Vanity: Help! A Pitch About 'Glee' Took Over My Crimson Identity 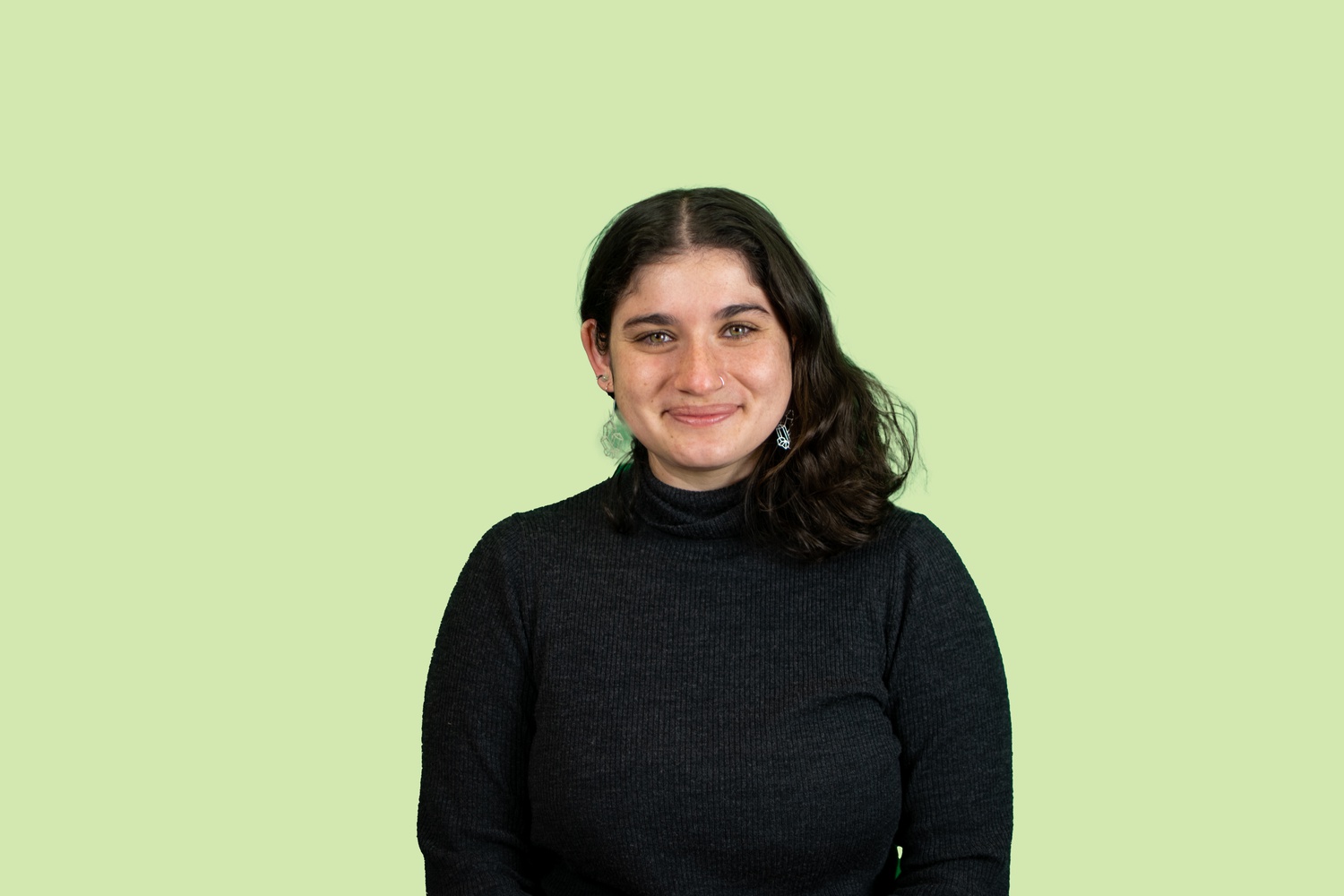 Three and a half years have passed since I first stepped into the Sanctum — that hallowed room on the second floor of 14p where Arts gathers on Mondays at 7 p.m. to drink, be merry, and discuss cultural ephemera while Biz makes their important little business calls and News tinkers with their daily little newspaper down below.

Since then, I have given much of my energy and sanity to this board: as a staff writer, as a Blog Exec, as an Editor-at-Large, as a part-time social chair, and once, famously, as “that girl Amelia” to Harvard Crimson President emeritus Amanda Y. Su. (Sorry for double-booking the roof!)

I should be satisfied — proud, even. I should pass peacefully into dino-dom with Joy, Kalos, Hunter, Connor, and Lanz, goals accomplished, thousands (?) of articles published, friends and frenemies made along the way.

Yet I lie awake at night, tossing and turning. I know in my heart that I won’t be remembered for any of this.

Rather, one thing has become devastatingly clear as our tenure comes to an end. I fear that my legacy in the eyes of the 151s, the 150s, and even, woefully, the beloved incoming execs of the 149th Guard has become inextricable from one horrible, wonderful television series about a high school show choir in Ohio.

Reader, you read that right. It is “Glee” that will taint me forever.

Let me explain. Early in the pandemic, I discovered that “Glee,” a show I hadn’t watched since it originally aired while I was in middle school, was now on Netflix. I undertook a rewatch and became obsessed, as is admittedly my wont.

Guided by a patented strategy of skipping every scene featuring only adults/teachers who were not Sue Sylvester — which significantly and mercifully cut down my exposure to one Will Schuester — I raced through the show once, then twice. I watched “Glee: The 3D Concert Movie” more times than I’d like to share. (But consider this a plug: It’s all the fun singing and dancing without the plot!) As the world slowly opened up in late summer, I made my dear friends watch as much “Glee” as they could stand without kicking me out of their homes or pretending that they had been exposed to Covid and we couldn’t hang out anymore.

The unexpected emotional resonance of my rewatch came not just from the show itself but from my slowly unfurling realization that its uneven and yet groundbreaking queer representation had impacted me when I first watched it in ways I could only now parse. I felt deja vu seeing scenes of Santana Lopez and Brittany S. Pierce nuzzle necks in private and, eventually, slow-dance in public — scenes that, in retrospect, were seared into my brain before I knew why I might care about them.

When the late, great Naya Rivera, who portrayed Santana Lopez, died tragically in July of 2020, I was almost inexplicably heartbroken. This only deepened my sudden and unpredicted emotional attachment to the show, and to her star-making performance on it.

That’s all well and good, you may be thinking. But isn’t “Glee” bad? To which I answer: Yes! In a real sense, “Glee” is bad, especially after the first three seasons (some would say two, some would say one, but if you are familiar with the Troubletones, you know why I extend my endorsement as far as I do.) The plot routinely contradicts itself and makes no sense. The racial politics are atrocious, the explorations of gender identity deeply flawed — indeed, the entire show is a blundering investigation of what it would look like to make six seasons worth of Very Special Episodes. Characters utter sentences that are so 2010 it hurts. And while some of the musical numbers are rightful cultural touchstones — unparalleled exemplars of musical-theater excellence on the small screen — others are, well, “What Does the Fox Say?”

I cannot defend “Glee.” The arguments against it are unfalsifiable. All I can say is that it hooked my nostalgic, college-aged, pandemic-era heart and did not let go for a weirdly long time — and that there are moments in which it is genuinely sublime television.

Most of those moments take the form of musical numbers. This leads me back to the question of legacy: specifically my legacy, on the Harvard Crimson Arts Board. In December of 2020, roughly eight months into my renewed fandom, I had the brilliant idea to rank every single musical performance ever done on “Glee,” all 700+ of them. I floated it among my fellow execs. They wished me godspeed, and some semi-activated fellow “Glee” fans even offered to help, then-outgoing Arts Chair Allison J. Scharmann and then-incoming Arts Chair Joy C. Ashford chief among them. But the list never materialized, largely because of the core idea being unhinged.

Flash forward to the Fall of 2021: In-person Arts meetings are back! My dear friend/co-conspirator/tacit enabler Connor S. Dowd and I return triumphantly to the Sanctum as Editors-at-Large. Technically without a pitching purview since our Blog days, we nonetheless obnoxiously insert ourselves into the flow of Arts meetings by creating an “EALs Corner” where we pitch out random stuff and project stock images of eels in corners. It is both great fun and a thinly disguised effort to ensure that the compers know who we are.

By now, my “Glee” obsession has faded somewhat. (Perhaps time, plus the impending removal of a show from Netflix, does heal all things.) Still, it occurs to me that my inspired project of ranking all 700+ musical numbers from “Glee” is important journalism and needs to happen, even if I myself have yet to gather the time and wherewithal to do so.

Each week, I pitch out the ranking in EALs Corner — humorously at first, then with a growing tinge of desperation as the semester ticks by. It’s been weeks, nay, months since I watched a full episode of the show. Still, “Glee” hangs like a melodramatic, Murphyean specter over my life, my Arts persona. At a certain point, the spin becomes: Please pick this up and save Amelia from herself!

Nevertheless, I persevere. Connor eggs me on: “Pitch it again,” he says, with a devilish grin. “Maybe this week someone will change their mind!” Exhausted, I believe him.

The ranking becomes a running joke, me the laughingstock. The compers giggle, clearly uncomfortable, as I beg them for the eleventh time to watch, rank, and describe every musical number from a show that first aired in 2009 and once made Jane Lynch dress up like Nicki Minaj and rap “Super Bass.”

I stand firm — too firm. My years of positive contributions to the Arts Board fade away into the cold Monday evening air. I bring PBRs to production night, but it’s too late. Like the Giving Tree, I have nothing left to offer. I have become, improbably, the “Glee” girl.

And so it goes. The pitch remains unclaimed; my fate is sealed, though there are worse ones. The only way out is through. We are now dinos, the “Glee” musical number ranking is my legacy, and there’s not much for me to do but just write the damn thing. Who’s in?

— Outgoing Editor-at-Large Amelia Roth-Dishy '22-'23 could have written the infamous “Glee” musical number ranking in all the time she spent procrastinating the writing of this vanity. She loves this board, is profoundly excited for its future, and hopes as usual that she has misread everyone’s perception of her but is resigned to the reality of the situation either way. You can reach her at amelia.roth-dishy@thecrimson.com; she tweets sometimes @scallionshmear.