Journalists Advocate for Legislation to Combat Misinformation at IOP Event 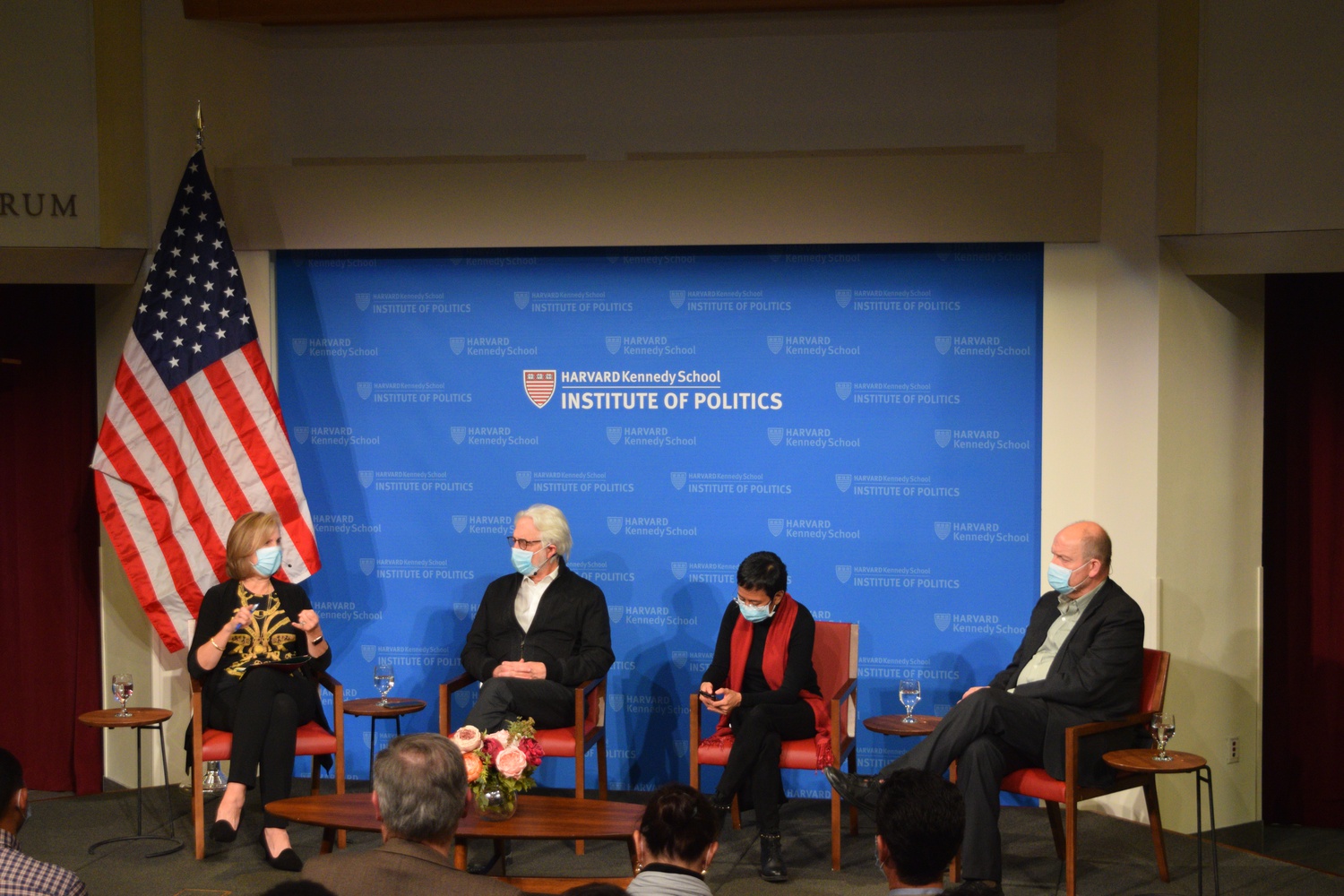 Leaders in the news and tech industries argued in favor of government legislation to combat the spread of misinformation in digital media at an event hosted by the Institute of Politics Monday.

Ressa argued that “incentive schemes” of the internet are not aligned with democracy. While traditional news sources operate under a hierarchy of editors who meticulously scrutinize reporting, digital media platforms today treat fact and fiction “identically.”

Forman argued that newsrooms’ shift to the internet and social media led to a “battle for audience attention,” in which news sources played to emotion and entertainment to attract audiences.

Thompson explained how the rise of technology disrupted print journalism’s economic model. While newspapers used people’s reliance on their services to generate revenue through subscriptions, the internet undermined that economic model by offering information to users for free.

Referring to legacy media as “lazy” and entitled, Thompson said newspapers did not respond to digital disruption fast enough.

Free expression, he noted, is a double-edged sword.

“The key question is how do we manage the [free] expression,” Gingras said. “How do we win back the trust? How do we understand what people really need and want from journalism?”

Panelists also shared their views on the extent to which digital media platforms are responsible for mitigating the spread of misinformation, hate speech, and fake news.

He also pushed back on the argument that the spread of misinformation is “an inevitable byproduct” of digital media, which has many positive effects.

“I’m not sure that the net of this, particularly in civics, is necessarily positive,” Thompson said.

Gingras argued that politicians share blame for the spread of misinformation online.

Ressa responded by introducing a “chicken and egg question.” She acknowledged that leaders frequently manipulate the “information ecosystem,” but asserted that the ecosystem itself enables them to engage in such manipulation.

Ressa, whose investigative journalism exposed wrongdoing by the Filipino government, was the target of a misinformation campaign on social media launched by the government in retaliation.

“What happened in the Philippines, for example, I don’t think it would have been possible to have filed so many charges against me in two years without the aid of astroturfing online,” she said.

Forman argued against the “blame-game,” and advocated for sectors across society to collectively take action against misinformation.

Ressa proposed legislation that regulates algorithms, which she claimed make people susceptible to misinformation and as a result undermine democracy.

“If no guardrails are in place, we will not have integrity of elections without integrity of facts, which means I could go to jail,” she said. “I’ve got skin in the game.”