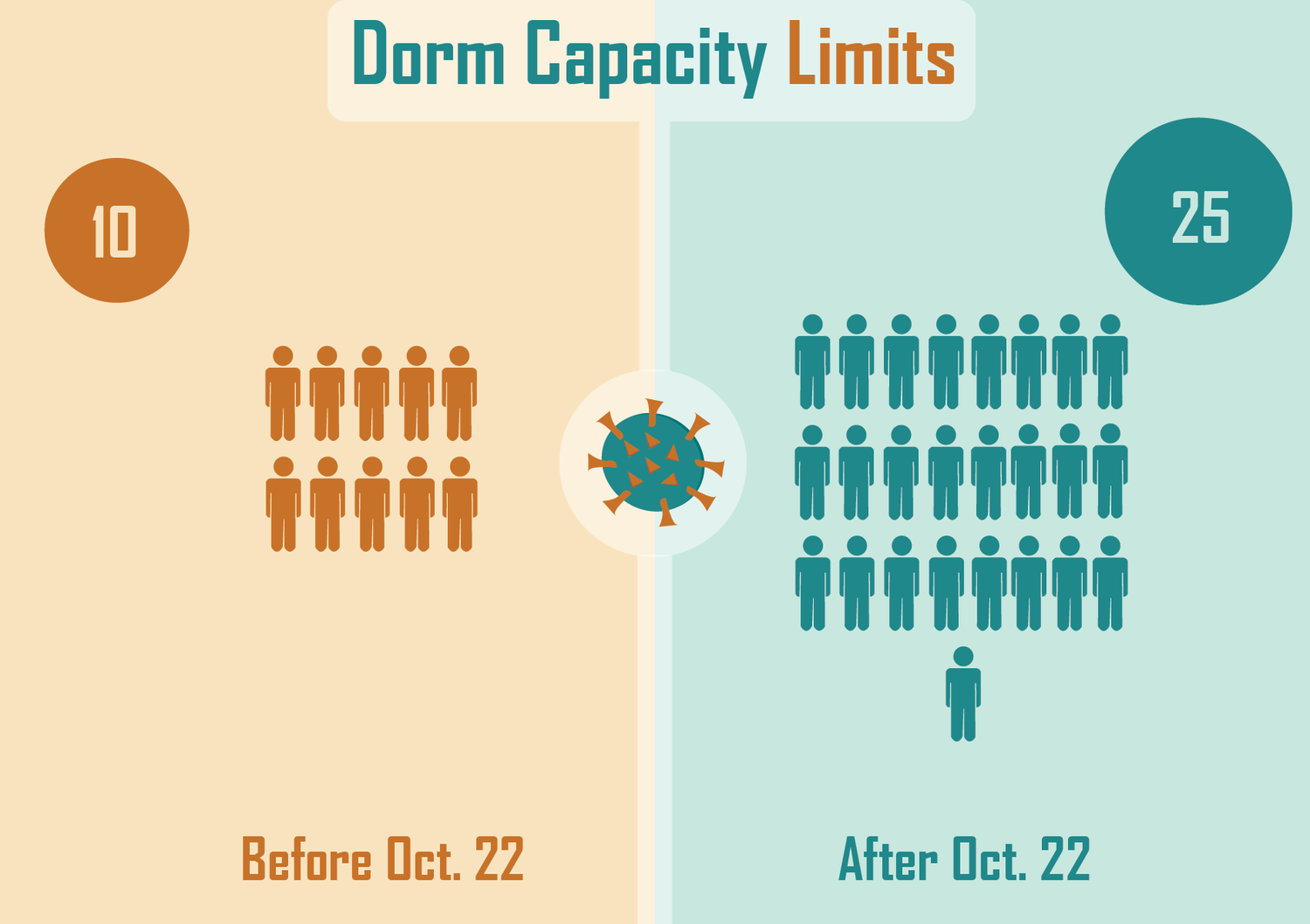 College students are now permitted to gather indoors in groups of up to 25 people, an increase from the previous limit of 10 people, according to University health guidelines updated last month.

As Covid-19 cases among undergraduates remain low on campus, the Faculty of Arts and Sciences raised the indoor gathering limit “to expand opportunities for students to socialize,” per a weekly update email from the College on Oct. 28. The change first appeared on the University's Environmental Health and Safety website on Oct. 22.

While students lounged near the Charles River, partied at final club courtyards, and indulged in tacos and margaritas on the Felipe’s Taqueria rooftop back on campus at the beginning of the semester, the approach of a cold and dreary New England winter will shift the College’s social scene indoors.

Cabot House mandated Tuesday that students register all parties, which are only permitted after 10 p.m. on Fridays and Saturdays.

“Hosting covert unregistered parties can lead to disciplinary action,” Cabot House administrator Amanda Pepper wrote in an email to residents. “There can only be one party per floor per entryway per night.”

Pforzheimer House is requiring a similar registration process for all dorm gatherings with 15 or more students, according to an Oct. 28 email from Pforzheimer Resident Dean Monique A. Roy and academic coordinator Heather Jacques.

Some students said they think the updated rules will have minimal impact on campus social life.

“Nothing’s going to change,” Nicholas Y. Gu ’24 said. “People have already been having larger gatherings either off campus or in the dorms themselves.”

Namirah M. Quadir ’25 said she does not have a “strong opinion” on the increased cap for gatherings.

“I feel as though it won’t make a significant difference if it’s at 25,” Quadir said. “It all depends on how the policy is actually enforced among students.”

Grace A. Greason ’22 said she believes the College should be prepared for students to flout the 25-person limit.

“Once you open up those spaces, you have to be willing to have parties of potentially unlimited sizes,” Greason said. “It’s just what’s going to happen.”

But other students said they believe the new measures are prudent.

“I’ve been to other people’s events that they’ve hosted, taking advantage of the new policy,” Timlin said.

Abdikheyre A. “Abdi” Osman ’24 said the revised rules indicate a gradual return to normalcy on campus.