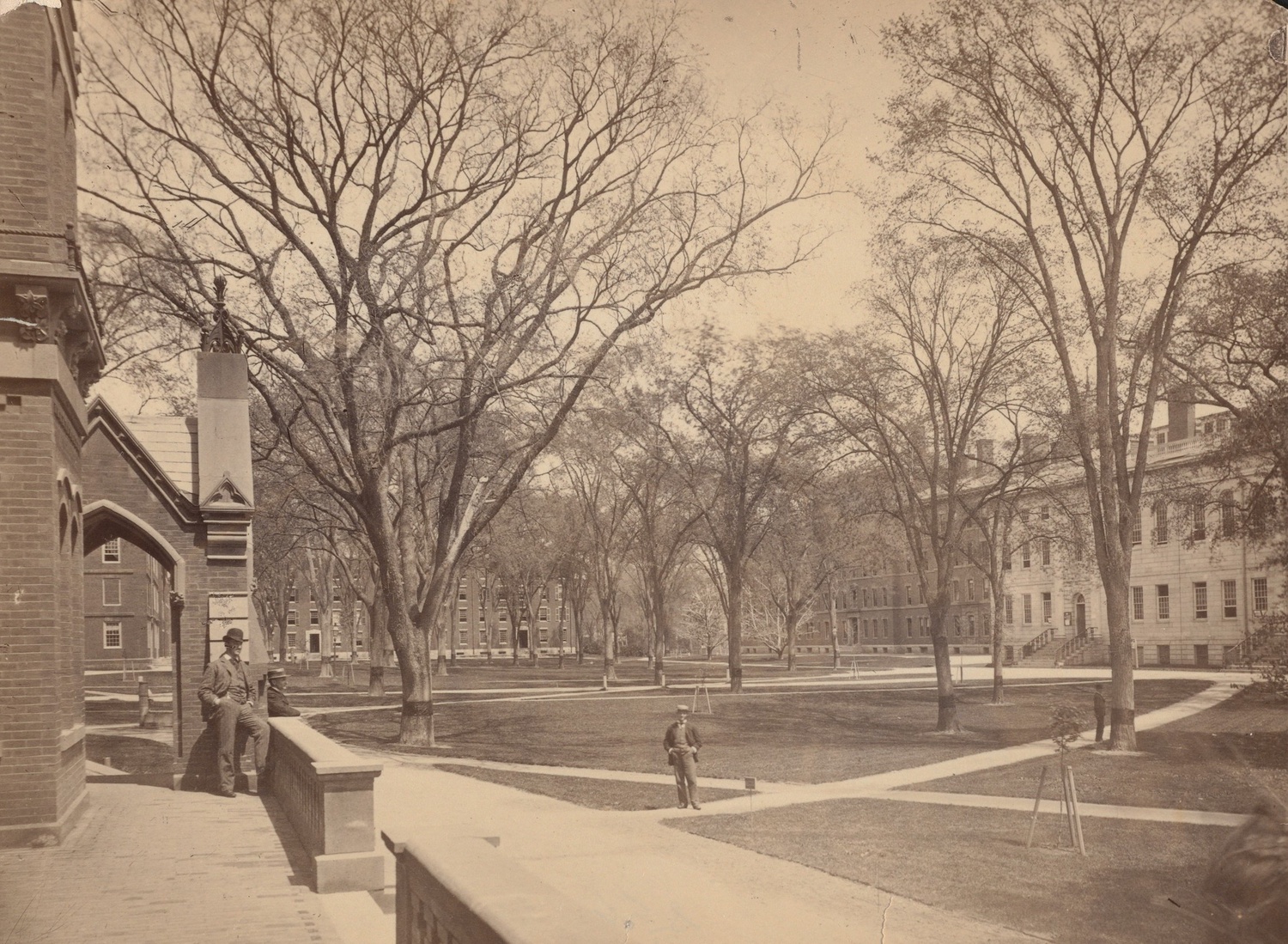 Compelled to Coexist: A History on the Desegregation of Harvard’s Freshman Housing

“The drama of it is one young Black man, just turned 21, confronting one of the most powerful people in the country, and therefore the world, and facing him down on something that this man cherished."
By Nia L. Orakwue and Tamar Sarig

A century ago, in the fall of 1921, six young, Black, ambitious men received their Harvard admissions letters, matriculated into the College, and arrived on campus — only to find that they were not welcome to live in the dorms with the other freshmen. Instead, they were forced to find off-campus housing for their first year or, if they lived in the area, to commute from home.

The decision to disallow Black students from living in the freshman dorms came directly from University President Abbott Lawrence Lowell, Class of 1877. Previously, the few Black students in the class were permitted to live in on-campus housing, as was compulsory for all first-years. But while Lowell accepted the status quo of integrated classrooms, he argued that Black students’ presence in the dorms would spark racial conflict.

“We owe to the colored man the same opportunities for education that we do to the white man,” Lowell wrote in a letter to the father of one of these Black freshmen, “but we do not owe to him to force him and the white into social relations that are not, or may not be, mutually congenial.”

When Lowell made the decision to revoke Black students’ ability to live in freshman dorms — at the same time he imposed a quota on Jewish student admissions — he “touched off the most publicized college discrimination controversy of the 1920s,” according to the book “Blacks at Harvard: A Documentary History of African-American Experience at Harvard And Radcliffe.”

It began when three of the six Black freshmen admitted to the Class of 1925 — Bertram C. Bland, Cecil A. Blue, and William J. Knox Jr. — applied for on-campus housing, as had been expected of all freshmen in past years. Only Knox’s request was fulfilled, and he moved into Standish Hall. Shortly into the semester, he received a telegram that his accommodation was an error, and he moved out in anticipation of a new assignment. But instead of replacement housing, he received a letter from Assistant Dean of the College Philip P. Chase, explaining that “the ruling of the President is that no Negro students shall hereafter be permitted to live in the Freshmen Dormitories.” In the face of this realization, Knox decided to take action.

Alongside recent graduate Edwin Bush Jourdain Jr., Class of 1921, Knox met directly with Chase. During the meeting, Chase communicated that while he didn’t support the segregation ruling, he was bound by the powers of the president. Dissatisfied, Jourdain summoned the courage to speak to Lowell alone.

According to Jourdain’s son, Spencer C. D. Jourdain ’61, his father came from a family of activism and knowingly risked his standing with the University to confront Lowell.

“The drama of it is one young Black man, just turned 21, confronting one of the most powerful people in the country, and therefore the world, and facing him down on something that this man cherished,” Jourdain says. “And he did it without any fear, and without any hesitation.”

According to Spencer Jourdain, Lowell defended his decision by citing the need to maintain good standing with the prominent Southern donor families who didn’t support integrated living spaces.

“He says that the Southern students have come here, there are many Southern students, and their families donate a lot to Harvard,” Jourdain says. “And so that outweighs this thing about [six] students moving for a year.”

Edwin Jourdain didn’t buy it. In his mind, a university that had produced abolitionists like Henry David Thoreau and Wendell Phillips shouldn’t “violate that tradition for a few dollars,” as his son puts it. When Lowell asked if he understood, Edwin Jourdain said, “Yes, I understand that, but I cannot abide by it.”

At stake in Lowell’s decision was more than the housing status of three Black undergraduates. The re-segregation of freshman dorms brought a larger debate about Harvard’s values to a boiling point. According to the younger Jourdain, Lowell envisioned the dorms as a foundational building block of college life, a place where students would forge “irrevocable brotherhoods for life” and go on to “form an elite power group in the United States culture.” But while more liberal members of the Harvard community saw racial integration and understanding as a key part of this communal living experience, Lowell hoped to create a “Valhalla that would be only for whites,” Spencer Jordain says, and to exclude Black students from growing bonds with their freshman class.

Quoting civil rights activist James Weldon Johnson in the Harvard Alumni Bulletin — the official publication of the Harvard Alumni Association at the time — one alumnus decried Harvard’s plan to “deprive these southern students of their last opportunity to learn the tolerance that comes of living with and understanding men of all races.” His plea captured the question at the heart of the desegregation fight: Should the College be a leader in social change, a place where students were forced to shed — or at least confront — their racial prejudice? Or should white students be shielded from this discomfort at the expense of their Black classmates?

Lowell’s decision inflamed the Harvard community and ignited a two-year battle over the policy. Praise and condemnation alike flowed in from students, staff, alumni, and faculty. In the pages of the Alumni Bulletin, graduates weighed in on Harvard’s “race problem.”

“It is not up to Harvard to try and force upon its students and their parents social equality of the colored race,” one alumnus said.

“It is undemocratic, unsocial, and immoral to make such a distinction, clearly a step backwards in the traditions of the College,” wrote another.

Outraged by their sudden exclusion from the dorms, Edwin Jourdain, Knox, and their allies launched a pressure campaign to change the University’s mind. They circulated petitions, contributed articles to University publications, and took the story to the local press. They even garnered the attention of the NAACP: in January of 1923, a letter from NAACP Secretary James Weldon Johnson condemning the segregation order landed on Lowell’s desk. It had been signed by 142 alumni. That same month, the editorial page of the Cambridge Chronicle denounced Lowell’s decision as a “most unfortunate affair” and a “concession to a prejudice to which the university should not yield.”

Ultimately, in the spring of 1923, the Harvard Board of Overseers unanimously overruled Lowell’s decision, declaring that all freshmen would live in the dorms, regardless of race — but added that “men of the white and colored races shall not be compelled to live and eat together.” In other words, while the school overturned this forced segregation, they still attempted to appease their Southern donors, emphasizing that white students could not be required to cohabitate with their Black peers.

The campaign to desegregate Harvard housing exemplifies the school’s long history of student activism and foreshadows the student movements to come, — , from the anti-war protests of the 1960s to the recent success of Fossil Fuel Divest Harvard. Jourdain and his fellow students had left a powerful example: even as a tiny minority of undergraduates, by rallying the Harvard and Cambridge community’s support, they took on one of the University’s most imposing leaders — and won.