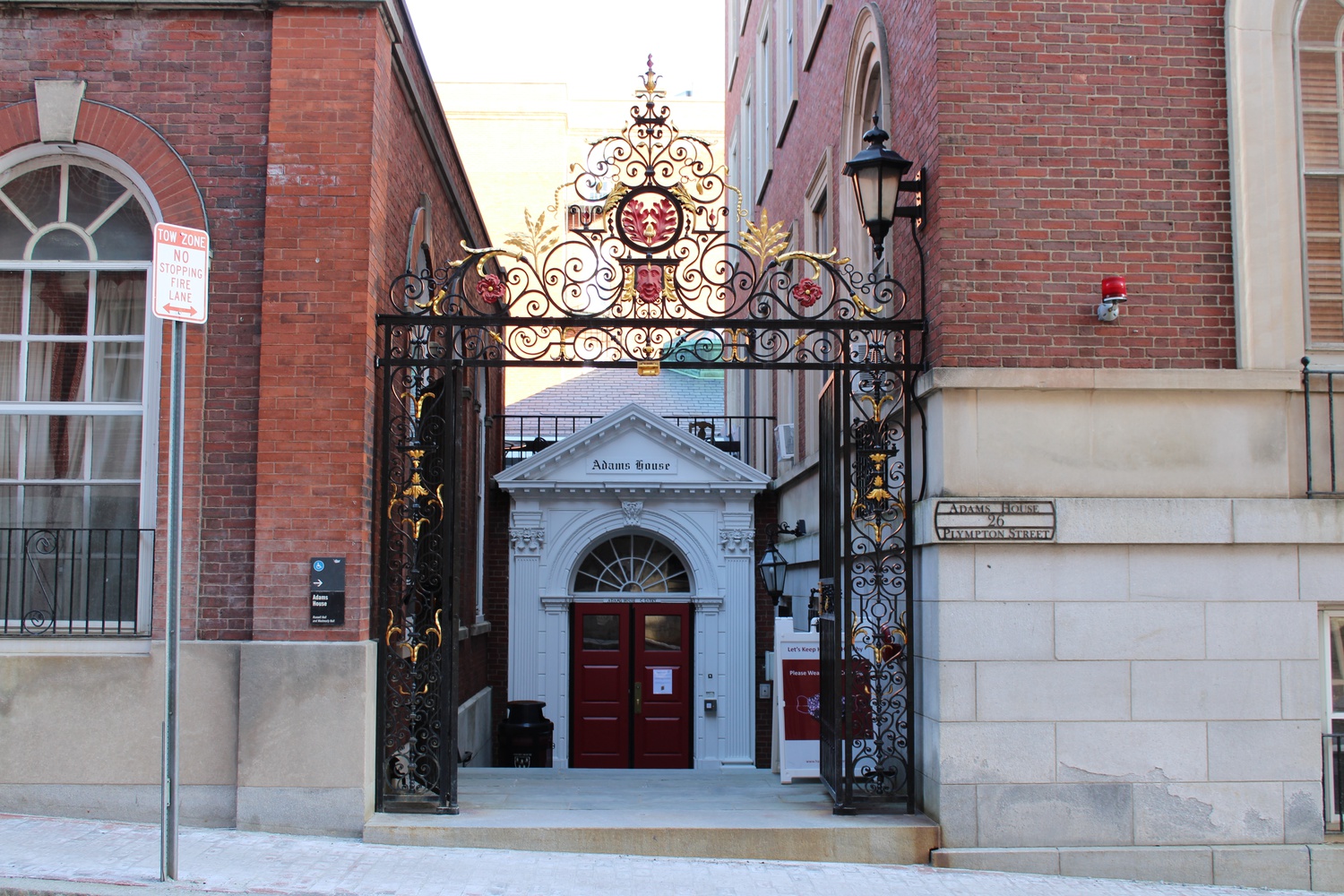 The Adams House dining hall will likely remain closed for the rest of the week. By Angela Dela Cruz
By Yuen Ting Chow and Alex M. Koller, Crimson Staff Writers

After shutting down temporarily last week due to a fruit fly infestation, the Adams House dining hall will likely remain closed for the rest of the week while repair work gets underway to address the source of the scourge.

In a Monday email updating Adams residents on the situation, Faculty Deans Mercedes C. Becerra ’91 and Salmaan Keshavjee wrote that a broken pipe in the house’s food composting system is the apparent source of the infestation.

“Because of the broken pipe, compost material spilled into the crawl space area housing the pipes under the servery, and this, we believe, is the cause of our current situation with the flies in both the servery and other areas near the kitchen,” they wrote.

Students who frequent Adams dining hall first reported finding fruit flies in their food roughly three weeks ago. On Friday, the Adams faculty deans announced the temporary closure of the dining hall to battle the influx of the pests.

Becerra and Keshavjee wrote Monday that Harvard’s Environmental Health and Safety department maintains that the fruit fly presence “does not pose a measurable health hazard.”

Northeast Remediation and Remodeling began cleaning the crawl space Monday morning, according to Becerra and Keshavjee. They wrote that next steps include pipe repair and pest control efforts.

“With a handful of unknowns, it is difficult to estimate the duration of the Dining Hall’s closure,” they wrote, adding that they expect the dining hall will not reopen before the week’s end.

Becerra and Keshavjee wrote that Adams’s student-faculty dinner, which is scheduled for this week, has been moved from the Adams Lower Common Room to the newly renovated Claverly Hall. Adams Library is also closed for the duration of the repairs.

“This is very disappointing news,” they wrote. “While we are grateful that we are able to use neighboring Dining Halls for the time being, we are all eager to be back together in our own spaces.”

Some Adams residents said the infestation has extended to their dorm rooms and disrupted their meal schedules.

Nicholas C. della Cava ’24, who lives near the Adams dining hall, said fruit flies have infiltrated his room “all over the place.”

“They’re really tenacious,” della Cava said. “They go for your skin and they’re drawn to you and they’ll keep going back to the same source.”

“I’m too afraid to go after them,” he added. “At this point, I’m just kind of ignoring them.”

Adams resident Abigail A. Golden ’24 said student displacement created by the closing has “killed the community” in Adams.

“I don’t think anyone comes in here if they don’t live here anymore,” Golden said.

Though Cindy Gao ’22 said she acknowledges that the closure is an inconvenience for Adams residents like herself, she believes the trek to other houses’ dining halls is not “that big of a deal.”

“It can be a very Harvard thing — if something’s gonna take two extra minutes — to freak out about it,” Gao said.

Alexandria T.Q. Ho ’24, who said her dorm room has been overrun by flies, wrote in a text message that she is “very upset” about the experience.

“It’s been going on for more than a week now and so far, we have to deal with this on our own,” wrote Ho, who is also a Crimson Blog editor. “We had to buy fly traps from Amazon to catch the flies.”

Ho added that she has had to discard food because flies got into her suite’s mini fridges, despite them being shut.

“We got an inspector last week after we submitted a working order but the inspector only told us to clean better and throw out trash daily,” Ho wrote. “We’ve been doing that and the situation hasn’t gotten any better.”

—Staff writer Yuen Ting Chow can be reached at yuenting.chow@thecrimson.com.