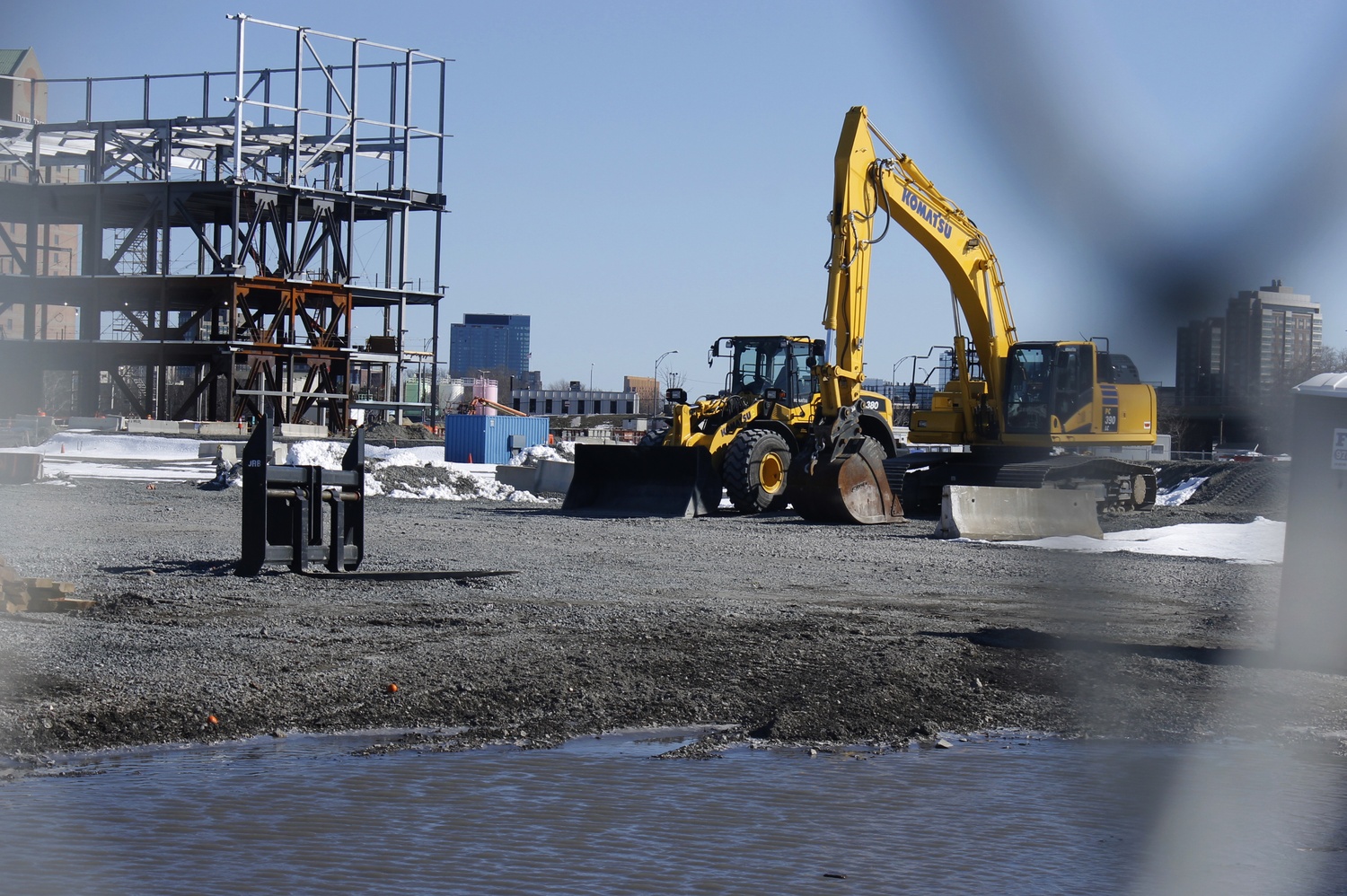 Harvard is pushing ahead with development at its land holdings in Allston, though some residents have expressed concerns about its engagement efforts there. By Kathryn S. Kuhar
By Maribel Cervantes and James R. Jolin, Crimson Staff Writers

The Nov. 10 letter, which was signed by 13 of the task force’s 15 members, praised the University’s long history of leadership but wrote the task force is “deeply disappointed” by an alleged lack of collaboration between Harvard and Allston residents.

In the letter, the signatories asked to meet with Harvard planners and administrators — including newly-appointed University Planning and Design director Purnima Kapur — to learn from their “extensive experience” and convey to them residents’ concerns.

“We join the Boston Parks and Recreation Commission in calling on Harvard to plan greenspace first, so that development weaves around a green resilient network, rather than buildings coming first, forcing greenspace to go into ‘pocket parks’ and ‘sidewalk rooms’ as the current framework plan suggests,” the letter reads.

More housing is needed, per the letter, but task force members wrote they have seen “no proposals” that meet the neighborhood’s needs.

“The current process in Allston of ground leasing parcels one by one to private developers leaves no room for such innovations as community land trusts, cooperative housing, and other approaches to social housing,” the signatories added.

Task force members wrote they desire more comprehensive “workforce development” and training initiatives in Allston, spearheaded by Harvard, instead of by individual developers. Harvard development, according to the signatories, will create a need for jobs, including jobs in land development, building management, and retail.

The members also wrote that they were concerned with what they view as a piecemeal transit plan by Harvard and its associated developers.

“Harvard’s partners have offered vague and unenforceable suggestions for adding to public transit service or reducing vehicular share, but in the absence of a holistic analysis of regional traffic volumes and patterns, the essential issue of transportation cannot be properly addressed,” they wrote.

“President Bacow and Harvard appreciate the thorough feedback from members of the Harvard Allston Task Force, and look forward to the continued collaboration as we work to advance our shared goals of creating a vibrant, equitable and welcoming district that compliments and enriches the existing Allston-Brighton neighborhood,” she wrote.