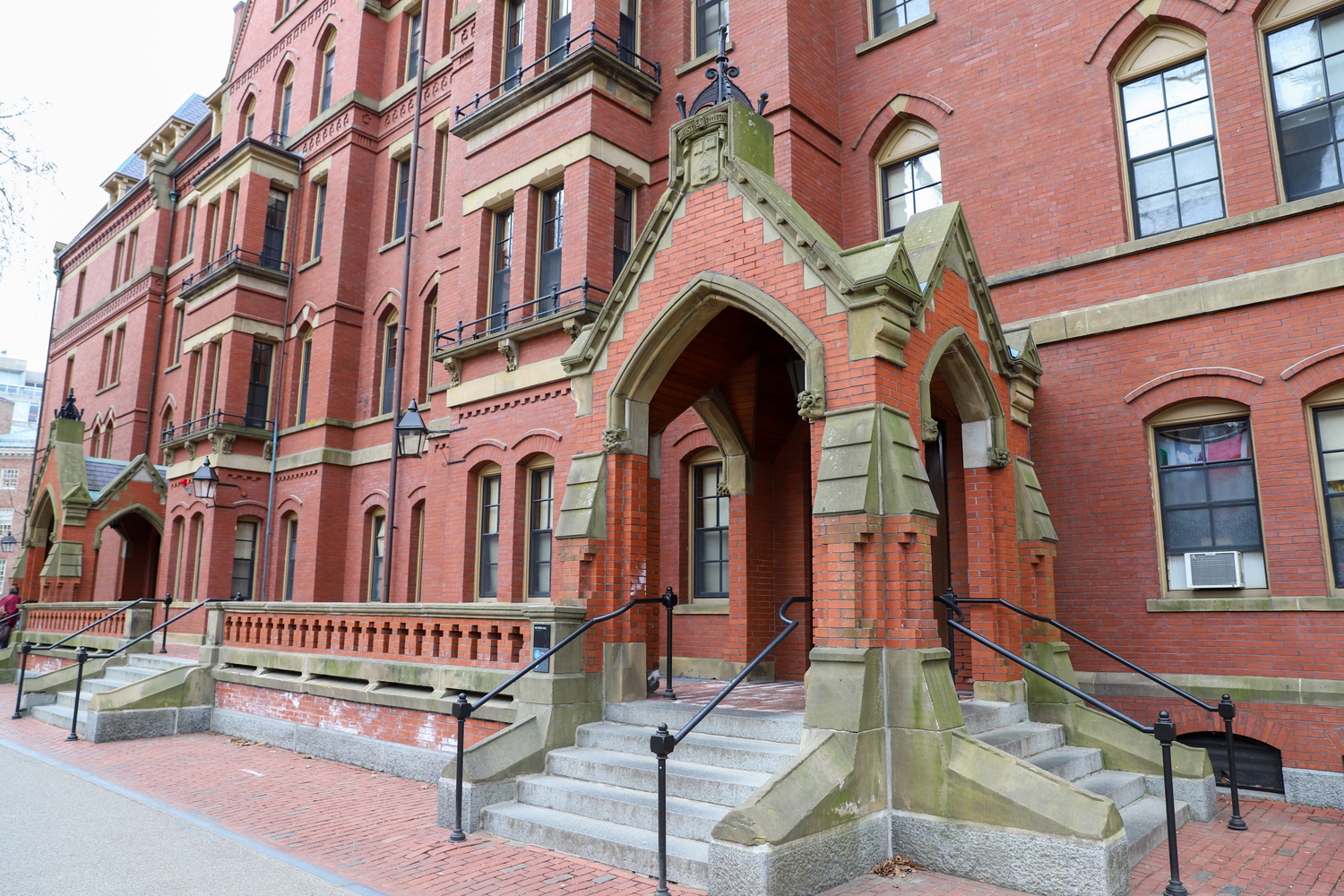 The Harvard University Native American Program hosted a walking tour Thursday to show sites on campus connected to the history of indigenous people at Harvard as part of its observation of Native American Heritage Month.

Jason A. Packineau, HUNAP’s interim executive director, led the walking tour, which brought attendees to locations around campus, including Annenberg Hall and the Peabody Museum.

Packineau, who is an enrolled citizen of the Three Affiliated Tribes — the Mandan, the Hidatsa, and the Arikara — of North Dakota, and who is also from the Pueblo of Jemez and the Pueblo of Laguna, will be leading a second tour on Monday open to all University affiliate.

The tour also stopped at the Peabody Museum of Archaeology and Ethnology. Earlier this year, the Association on American Indian Affairs accused the museum of violating the Native American Graves Protection and Repatriation Act for failing to properly consult tribes about affiliated human remains and funerary objects.

During the tour, Packineau discussed the Harvard Indian College, which was established in 1655 to educate Native Americans but closed by the end of the 17th century. Packineau brought tour attendees to a dig site in the yard near Matthews Hall, where students in the class Anthropology 1130: "Archaeology of Harvard Yard” were digging for artifacts to gain insight into the lives of students in the Indian College.

In an interview after the tour, Packineau said he hopes that attendees come away from the tour with a deeper understanding of Indigenous history.

Originally, HUNAP planned for the tour to be open only to Native American students attending Harvard. Packineau said the program decided to open it to more people so as many people as possible could learn about Indigenous histories.

“It was really important to invite anybody affiliated with Harvard to come on out,” Pakineau said. “If we just keep talking to ourselves, then it just becomes an echochamber, and people don't learn about the important parts of Harvard's history.”

Other locations on the tour included Wadsworth House, where four enslaved people lived during the 1700s; a pennant for the Carlisle Indian Industrial School in Clover Food Lab’s Harvard Square location; and Houghton Library, which is currently hosting an exhibit on animal anthropomorphism that includes Indigenous works.

Lindsey B. Hightower ’23, an intern for HUNAP who accompanied Packineau on the tour, said the tour showed how “interconnected” Harvard’s history is with Indigenous history.

Packineau said he is “really surprised” by how many affiliates do not know much about Harvard’s Indigenous history. He added that he hopes to lead more tours in the future.

“It seems kind of weird to have this tour, when there are so many other tours that go on on campus. But a lot of those tours, I don’t think can really get into the depth of Harvard’s history with Indigenous people as much as this tour can, because they have to cover so much other history,” Packineau said. “So as long as the interest is there, it’s something that we’ll continue to do.”