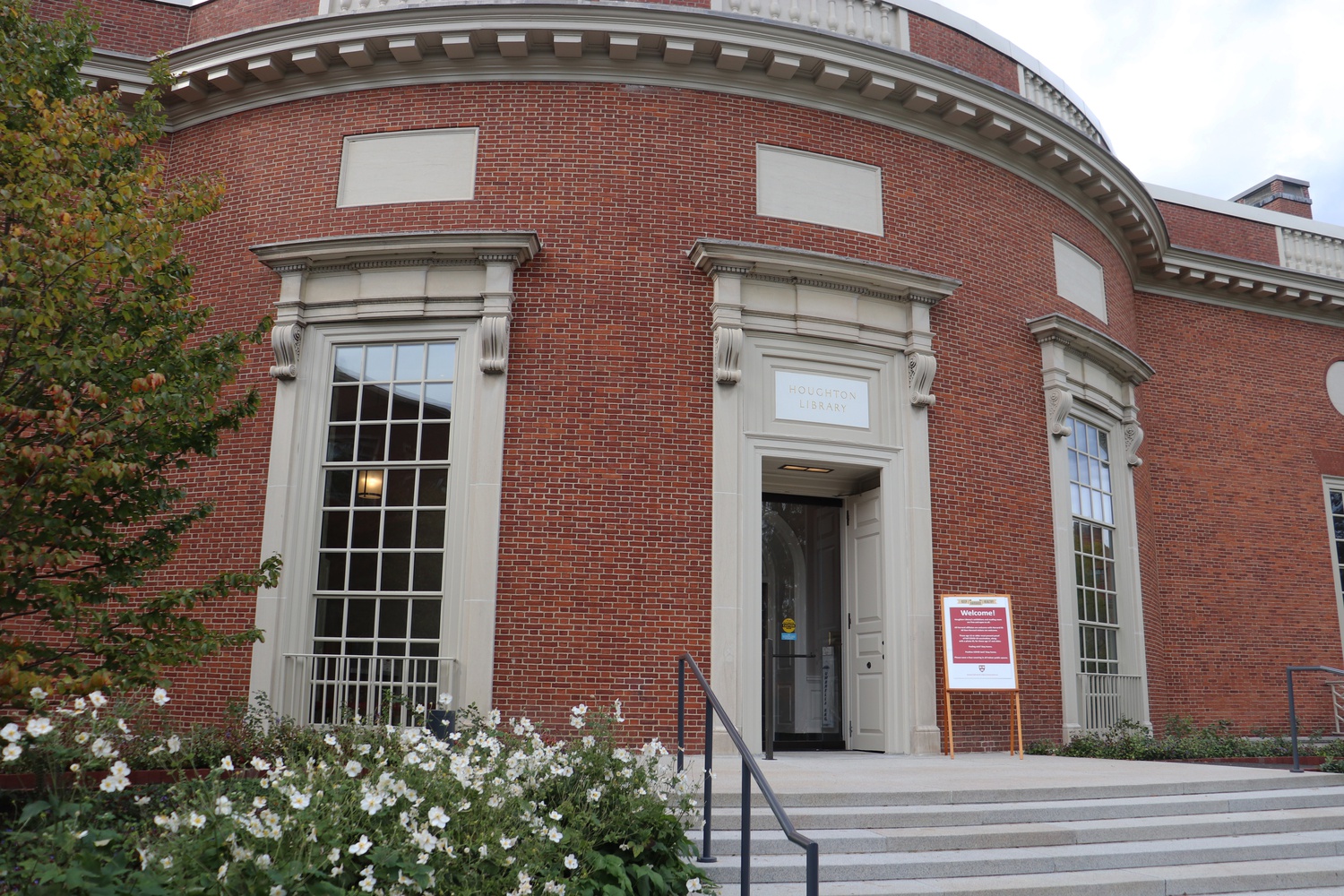 Houghton Library is currently hosting an exhibit called Animals Are Us to share examples of anthropomorphism in children's literature. By Truong L. Nguyen
By Wai Yan Fong and Madison R. Webb, Contributing Writers

After remaining closed for nearly two years, Houghton Library premiered its exhibition “Animals Are Us” — which explores the use of animal anthropomorphism in literature — to the public this semester.

Open from Sept. to Jan., the display “invites you to engage critically with animal anthropomorphism and delight in the artfulness ​​of this enduring genre,” according to the website for the Houghton Library, which houses the University’s rare book collection.

Visitors can see original manuscripts and illustrations from children’s literature, including a “suppressed” 1865 edition of Lewis Carroll’s “Alice in Wonderland” and letters from author Beatrix Potter about her famed children’s book “The Tale of Peter Rabbit.”

The exhibition also holds the works of more contemporary children’s literature authors like Brenda Child, as well as a “Restoring Dignity” section, which contains animal illustrations from books that reframe American history “through the lens of Indigenous people.”

Anne-Marie Eze, chief communications officer for the library, said she believes people have criticized the animal anthropomorphism genre for being “one of the reasons why the children’s publishing route isn’t more diverse.”

Eze added the literature in the exhibition encourages thoughtful engagement.

The introduction to the exhibition also references the controversy surrounding animal anthropomorphism.

“Librarians, teachers, and academics, particularly those of color, have long attributed the literary preference for animal anthropomorphism as a factor delaying diversification,” the introduction reads.

Eze selected two “experts” in children’s literature as curators for the exhibition — H. Nichols B. Clark ’69 and Meghan Melvin.

Clark currently serves as director and curator for The Eric Carle Museum of Picture Book Art, while Melvin curates for the Museum of Fine Arts in Boston.

Zelin Liu ’22, who visited the exhibition on Monday, said he enjoyed its specific focus on children’s literature.

“Children’s literature doesn’t tend to get focused on very much in academic discussion, so it’s nice to see some attention given how important it is to people’s understanding of literature,” Liu said.

Liu added that he appreciated the chance to return to Houghton, which has been closed for much of his time as an undergraduate.

“Now that it’s open, it's great to be back here to look at all these wonderful rare books and see Harvard’s magnificent collection,” he said.