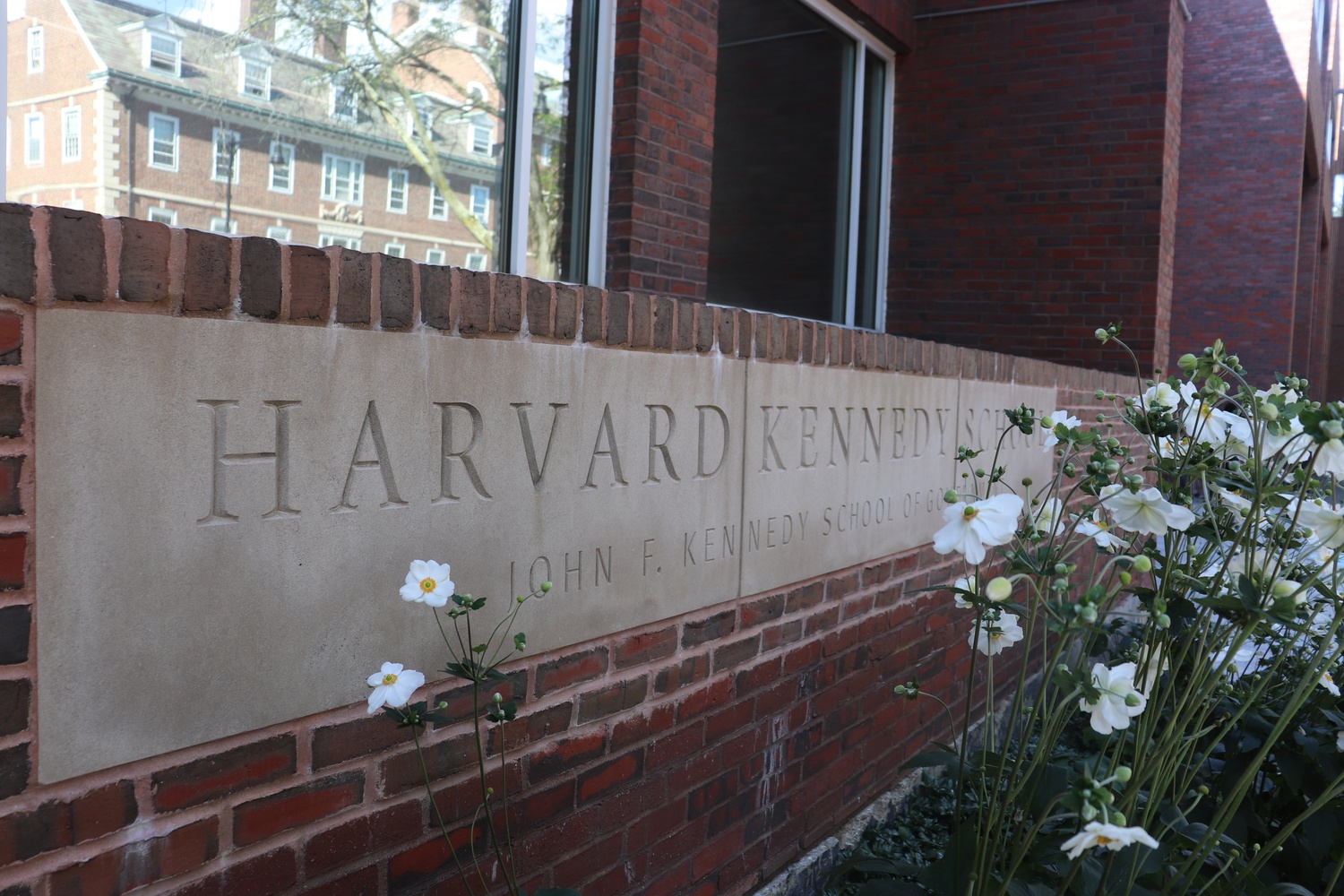 Student advocates at the Harvard Kennedy School reacted with disappointment to demographic numbers released in the school’s annual diversity report, which revealed that the HKS student body and faculty remain mostly white.

The report, released last month, showed only minor changes in the makeup of the HKS student body and faculty in the last year. The faculty remains overwhelmingly white and male, with 77 percent of tenured faculty identifying as white and 74 percent identifying as male.

Gilbert Placeres — who serves on the coordinating team of the HKS Equity Coalition, a student group advocating for improved anti-racism efforts at the school — said he was “not surprised” by the report, but voiced “continued disappointment in the lack of representation” at the school.

Placeres said it is “really clear” that students at the school disproportionately come from privileged backgrounds, which he said negatively impacts classroom experiences.

“You’re talking about policy and talking about solutions, but you don't have enough people in the room who have actually been impacted by these issues — who actually live them every day,” Placeres said.

Morgan K. Benson, another member of the Equity Coalition’s coordinating team, said he hopes to see the school release more data about international students and BGLTQ and non-binary students.

The diversity report did not include any data about BGLTQ or non-binary students.

In a statement, HKS spokesperson Sofiya C. Cabalquinto wrote that the school has “seen an increase across the past four years in the percentage of U.S. students who are Black/African American or Hispanic/Latinx from 15 percent to 24 percent.”

Gill said the lack of faculty diversity puts “pressure” on students from underrepresented groups to speak up against “microaggressions” and a “lack of understanding around structural inequities.”

“I think faculty of color and faculty who do study the intersection of race, gender, and class are really important to be able to handle those things when they happen in class, and to be able to address them in a way that makes students feel safe and heard,” Gill said.

A survey conducted by the Kennedy School Student Government and Equity Coalition in May found that 82 percent of Black students do not believe that “faculty are equipped to facilitate class discussion around racial equity.”

Deepanshu Aggarwal, an international student at HKS, said he would like to see a heavier emphasis on studying developing countries in the school’s curriculum. Aggarwal said case studies in negotiations classes focus largely on U.S. examples.

The Kennedy School has long faced calls to improve diversity. This summer, the school released a diversity and anti-racism action plan detailing its efforts to improve racial equity, including the creation of an Office of Diversity, Inclusion, and Belonging.

Didier P. Dumerjean, the vice president of diversity, equity, and anti-racism on the HKS Student Government, said the school’s administration has not been proactive in addressing diversity and anti-racism issues.

“Even then, it really is with clenched teeth that they are implementing some of these things,” Dumerjean added.

Benson, of the HKS Equity Coalition, said the school is often in a “defensive mode” when students suggest areas for improvement. He also said the release of HKS’s IMPACT framework — a set of strategies to improve diversity and inclusion at the school — was done without student input.

Benson added that the school often “conflates inclusion of conservative viewpoints with inclusion of marginalized people,” which he said “hampers meaningful progress” on anti-racism and diversity efforts.

“It’s kind of ridiculous that we don’t have it given that it’s a public service-oriented school,” Placeres said.

“The school needs to shoot for, at minimum, being an accurate representation of this country in terms of the U.S. students,” Placeres added. “Until they do that, I don’t know how they can pose as being anti-racist or as trying to counteract racial inequality in this country when I think they’re perpetuating it.”

Last month, HKS Dean Douglas W. Elmendorf announced in an email to affiliates that the school would allocate an additional $2 million per year for financial aid “beyond the increases anticipated to address rising costs.” Elmendorf wrote that “continued fundraising” would be needed to meet the full financial need of every student.

Cabalquinto wrote that “fundamental changes have been made across the School’s most critical areas, including faculty recruitment processes, admissions and financial aid, and teaching and curriculum.”

“We will continue to collectively build a better Kennedy School,” Cabalquinto added.