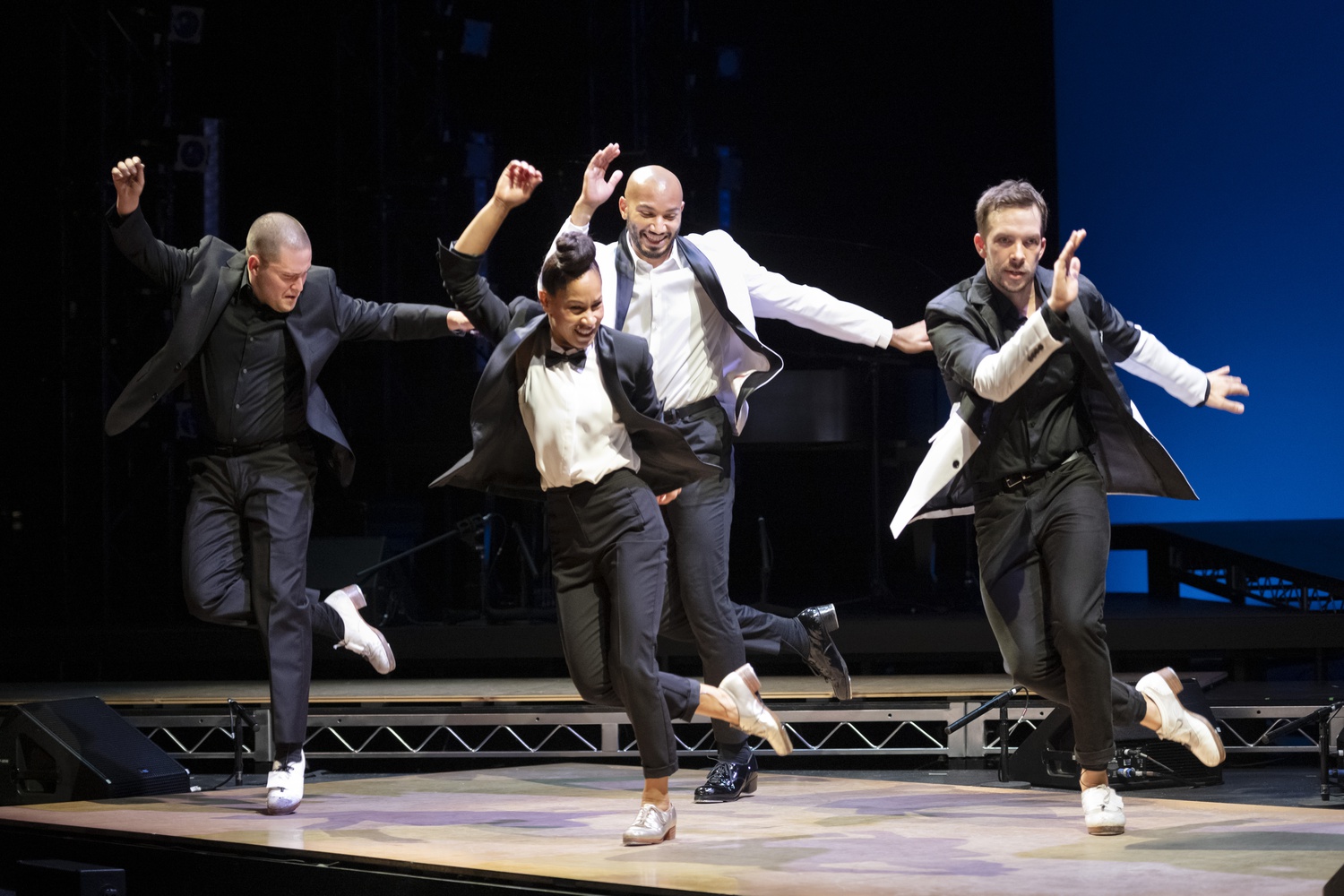 After almost two years in a pandemic-induced coma, the American Repertory Theater sprang back to life on Sept. 29 with the live premiere of “Ayodele Casel: Chasing Magic,’’ which runs until Oct. 9. Choosing Ayodele Casel’s tap dance production as opposed to a play might seem like an odd decision for the A.R.T.’s grand reopening, but an inspiring celebration of life in the form of vignettes with themes ranging from gratitude and friendship to heritage is exactly what an audience finally attending live performances again needs to lift its spirits.

One of the greatest strengths of “Chasing Magic’’ is the sheer artistry of Casel’s movement, which fully taps into tap dance’s expressive and athletic potential and stretches the boundaries of the form. Her moves seem nothing short of superhuman. The physically demanding taps, leaps and changes of pace somehow appear effortless. The movements’ easy flow and rapid beat make for an extraordinary visual and aural performance on their own. The vaudeville-esque dance elements are tasteful and used in moderation, enhancing the experience without proving overbearing or distracting.

The carefully rehearsed, fluid choreography doesn’t always conform to the rhythm of the music. There is something surprising about Casel’s moves, something that keeps the audience on its toes and provokes a sense of uncertainty. Out of nowhere, an out-of-place tap emerges, a tap that goes against the beat of the music. But the uneasy head-scratching quickly gives way to relief and joy, the overarching sensations of this performance, as the next taps reveal an intricate pattern working not against but in sync with the music.

While Casel’s passionate moves are bound to steal the show, the light of other stars still shines brightly through. The music of “Chasing Magic” might be playing second fiddle to the dance, but it is hard to imagine the performance without it. The piano, an instrument that could easily be relegated to nothing more than background for tap dance, is turned into a veritable marvel in the skilled hands of the two pianists, Anibal Cezar Cruz and the Grammy-award winning Arturo O’Farrill. The latter’s unassuming entry into the performance quickly shakes things up. As he sits down behind the instrument, tap dance gives way to a dialogue that explores his relationship with Casel. His performance follows shortly thereafter, and the music guides Casel’s steps, as for the only time in “Chasing Magic,” she improvises her moves, making a powerful statement forming the centerpiece of the show’s section on trust.

While “Chasing Magic” does share joy, the music and the dance are more than a feast for the senses. The musical vignettes intertwine pieces of commentary on the issues faced by America’s underprivileged communities, from an education system that disregards their experiences and societal expectations that they will fail, to an art scene still prejudiced against performers of color. The two vocalists, Crystal Monee Hall and Keisel Jimenéz, are an indispensable part of that project, deftly emphasizing Casel’s heritage as an Afro-Latina, the Black and Indingeous roots and traditions that her community was deprived of as a result of enslavement and past discriminations. Hall graces the theater with finesse reminiscent of Gloria Gaynor: The longing tone of her deep voice and the soul style of her singing allow her to present a lyrical message of hope, Black fortitude, and a resonating statement on ongoing injustices.

Jiménez uses Afro-Cuban inspirations and a timbal, congas, and drum set to transport the audience to the Caribbean with soul-touching music that encapsulated the longing for the continent his ancestors were forcibly separated from.

The show would succeed in making even completely unfamiliar viewers gain an appreciation of tap dance even if it merely offered expert movement, great music, and evocative artistry. But it accomplishes much more. “My mission is always the same, and that is for people to feel the love that I have,” Casel says in the show’s press release. “I want to invite people to feel what I feel, and to appreciate it and to recognize it in themselves. If you see joy in me, it’s because you have that in your life or you want that in your life. That’s the magic that I’m chasing, that I think we’re all chasing. We have it in us, and it’s worthy of pursuit.” By that definition, “Chasing Magic” — a deeply personal ode to positivity, trust and cultural pride — is magical indeed.