Car Crashes into The Lampoon 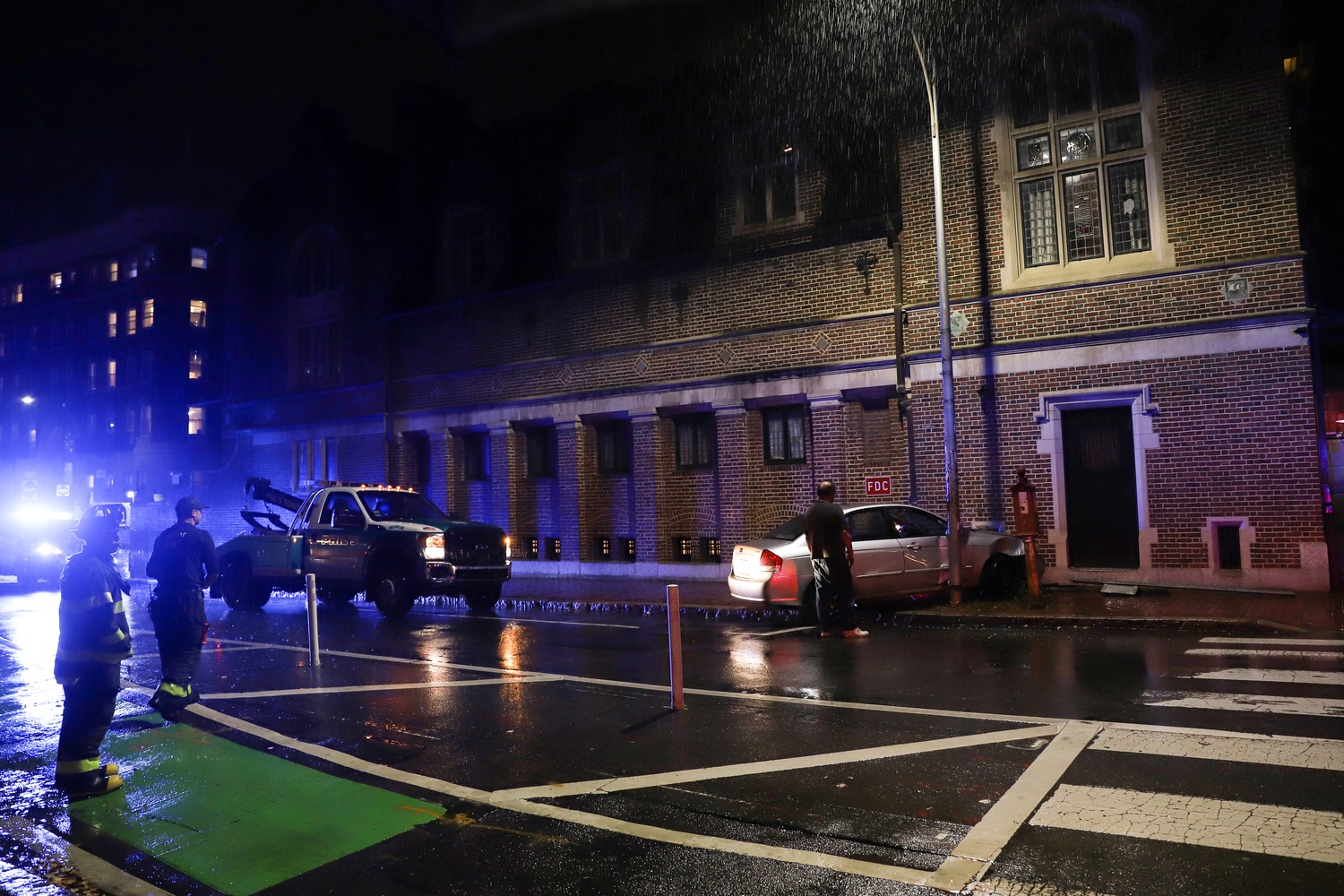 A car crashed into the building of the Harvard Lampoon, a semi-secret Sorrento Square social organization that used to occasionally publish a so-called humor magazine, late Sunday night.

In a video reviewed by The Crimson, a gray Ford sedan can be seen driving in the bicycle lane on Mt. Auburn Street. The car turned to the left in an apparent attempt to swerve around a bollard, knocking over a parking meter and a traffic sign before careening into the side of the Lampoon building.

According to eyewitnesses, the driver of the car was uninjured after the accident. The Lampoon building retained little damage from the crash, with one of its lower windows broken.

Several Lampoon members exited the building to survey the scene. Maxwell A. Gay ’21-’22, president of the Lampoon, declined to comment on the scene.

CPD spokesperson Jeremy C. Warnick confirmed in an email that the crash did not cause damage to The Lampoon building, and that the driver was not injured. The driver was ordered to appear in court for driving an uninsured vehicle.

“The driver reported losing control of their vehicle due to the heavy rain,” Warnick wrote. “The operator was not injured and refused medical attention. They were summonsed for Operating a Motor Vehicle with Revoked Insurance and an Uninsured Motor Vehicle.”

Nathan Sun ’24, a Crimson Business editor, said he had just walked past the Lampoon on his way to his DeWolfe Street apartment around midnight. He reported hearing a car swerve behind him, noting the roads were slick due to the rain.

“I initially thought somebody ran over a pothole or something. But I look back and there was just this car that ran into the Lampoon and then the horn is blaring,” Sun said.

Jordan H. Barton ’23 posted a video on Twitter showing the aftermath of the crash.

In an email, Barton wrote that they live in Adams House off Plympton Street, where they had a clear view of the emergency vehicles attending to the Lampoon building.

“Though my roommates and I were not at the street level, our windows were open, so we heard the initial crash — a sudden wheel spinning and then a large thud — at street level, and then heard the proceeding car horn that began to sound and didn’t cease for at least 10 minutes,” Barton wrote. 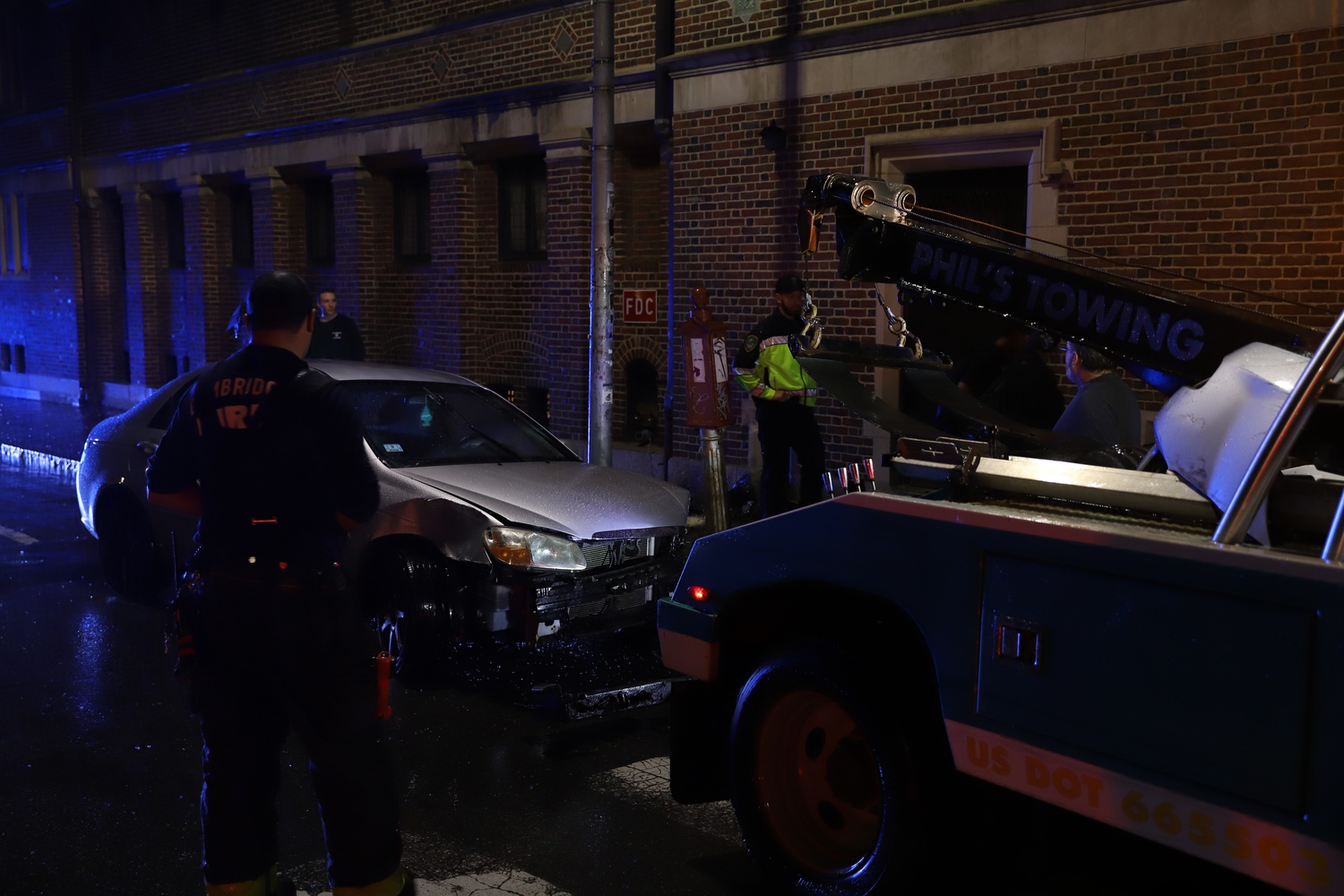 A tow truck removed the gray sedan after it crashed into the Harvard Lampoon building. By Simon J. Levien

Pierre J. Lamont-Dobbin ’24 said the driver of the car exited the vehicle and seemed to be okay as he observed the damage to his car.

“I was in my house in my dorm room in Adams right there and we just heard a giant crash and then the honking. We literally thought it was thunder. And then I just got my roommate. I was like, ‘let's go make sure everyone’s okay,’” Lamont-Dobbin said.

In 2019, a vehicle crashed into The Crimson building while attempting to park on Plympton Street. The driver suffered minor injuries and the building was lightly damaged.