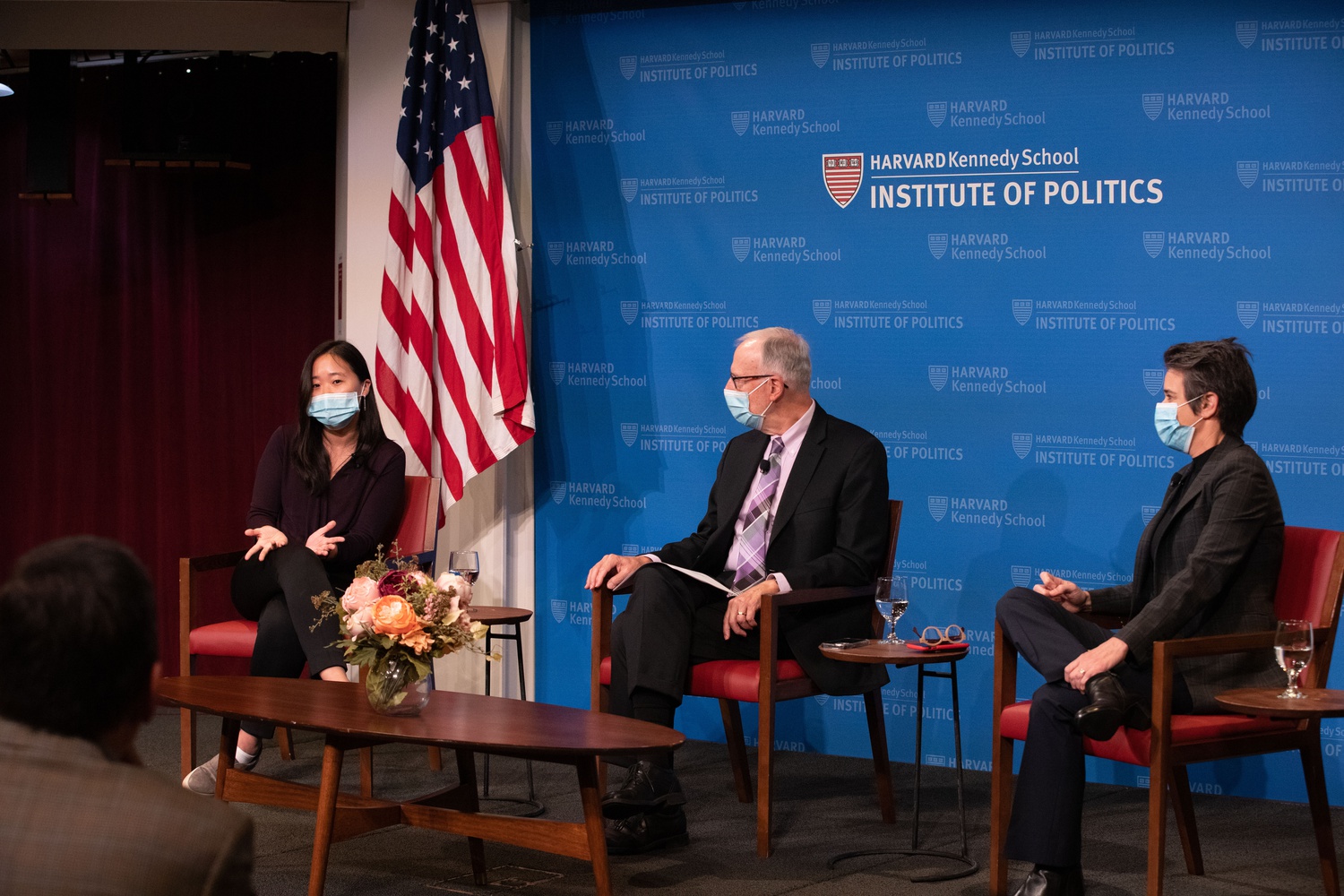 “It's just been basically a giant game of Whack-a-Mole — like you feel like you fix one problem and then another problem pops up,” Kim said. “And that's just been such a really confounding puzzle for Biden, for Democratic leaders.”

Walter said Biden began the summer with “a plan that looked pretty good” — expecting a strong economy and recovery from Covid-19— but the president’s goals lost momentum as the Delta variant spread.

“Everybody has a plan until they get punched in the mouth,” she said, referencing a quote from boxer Mike Tyson.

“Starting in June or July, Covid became much less of a hot [vaccination] summer and much more of a hot mess summer,” Walter added.

Kim and Walter both noted the national implications of the upcoming gubernatorial election in Virginia, scheduled for Nov. 2. Former Governor Terence R. “Terry” McAuliffe, a Democrat, will face off against Republican candidate Glenn A. Youngkin.

“What's been interesting is just to talk to House Democrats, particularly about what impact a Terry McAuliffe loss would have on their agenda and their efforts to pass the big social spending climate package,” Kim said.

Virginia resident Tarina K. Ahuja ’24, who attended the event, said she believes the election may help redefine the relationship between state and national politics, along with the future of the Democratic Party’s mobilization efforts.

Kim also said congressional democrats are looking to this election to gauge their chances in the 2022 midterms, given that the party in the White House has historically performed poorly.

Walter added that constituents previously evaluated their congressperson and the president’s performance separately, but the internet and the loss of local news has caused members of Congress — often viewed as accountable to their states and districts — to be “lumped in with the national.”

“They were able to sort of be seen as something separate than what was going on in Washington,” she said. “So you could hate the person in the White House, but still like your person.”

Robert Fogel ’25, an IOP member, said the event fit in well with this semester’s theme of democracy.

“A big point of these forums in general, but particularly tonight, is to make students think about the current political situation and what they may believe to be true about a small election actually has broader implications and greater meanings for the nation at large,” he said.