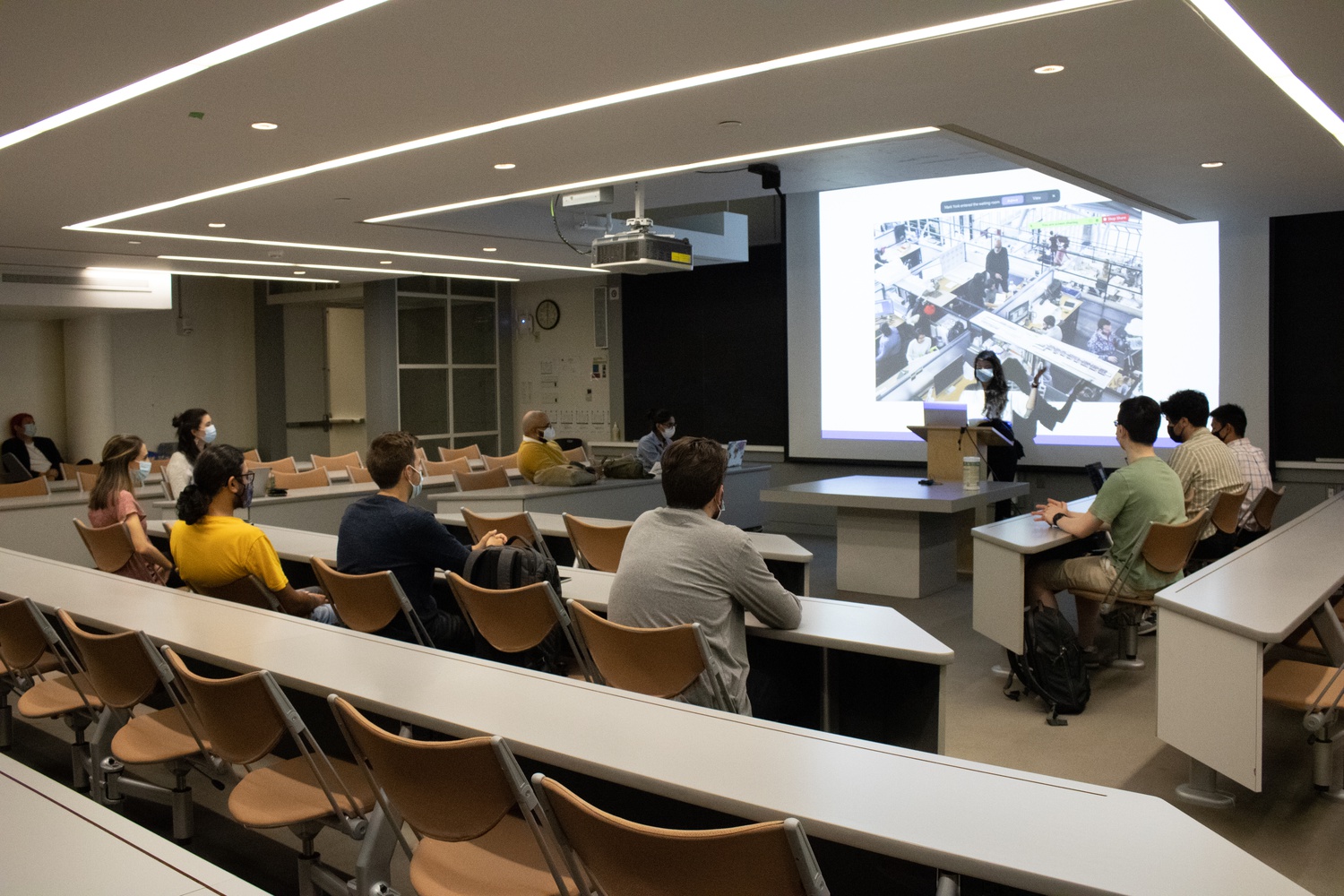 Harvard Graduate Council members mulled the potential impacts of reinstating shopping week and as well as an imminent three-day strike by the University's graduate student union during a Monday meeting. By Pei Chao Zhuo
By Isabella B. Cho, Crimson Staff Writer

Harvard Graduate Council members mulled the potential impacts of reinstating shopping week and as well as an imminent three-day strike by the University’s graduate student union during a public meeting Monday.

Consistent with previous meetings, the meeting was held at one of the twelve graduate schools — the rotation falling this time on the Dental School — with the option of Harvard affiliates joining virtually via Zoom.

Matthew R. “Matt” Volpe, a HGC liaison for the Harvard Graduate Students Union-United Automobile Workers, said it appears “likely” that union members will move forward with a three-day strike come Wednesday. Prior to a potential strike, however, two bargaining sessions with the University are scheduled for Tuesday and Wednesday, per Volpe.

“Based on the lawyer’s attitude — the lawyer that Harvard hires — it seems likely that we will probably go on strike on Wednesday,” he said. “But there is the possibility that we could call for further actions if there is still no movement at the bargaining table after that.”

In the current negotiations, union members are advocating for increased financial and counseling resources for students navigating the University’s Title IX program. The union’s demands include increasing professional support for Title IX complainants and changing hearing panel makeups from a majority of Harvard faculty, according t0 Volpe.

“One of the things we want to see is just that that panel instead be majority third-party individuals,” he said. “We recognize that when faculty members are making decisions about other faculty members, it can introduce some conflicts of interest.”

Attendees also addressed the potential for a reinstatement of shopping week — a period at the beginning of the semesters when students can test out classes before enrolling — on graduate student employment. HGC Chair of Advocacy Xavier I. Sayeed said members of the University’s committee on course registration are “leaning toward” an early enrollment process.

“There are some concerns that have been voiced that shopping week — and the way that it’s been conducted in the past — makes [graduate student teaching fellows’] employment unpredictable until the last minute, or sometimes they’ve been asked to teach sections for classes that end up being more full than anticipated,” he said.

Sayeed noted that the Undergraduate Council recently created a document claiming that Faculty of Arts and Sciences policies, as opposed to shopping week itself, are largely responsible for issues surrounding graduate student pay.

William L. Qian, a Computer Science graduate student in attendance, said he believes shopping week would not have a significant impact on teaching fellow appointments.

“I think the undergrads are right that shopping week doesn’t materially affect TF appointments because TF appointments are adjusted throughout the semester, mostly due to the fact that Harvard’s add-drop date is very late,” he said.