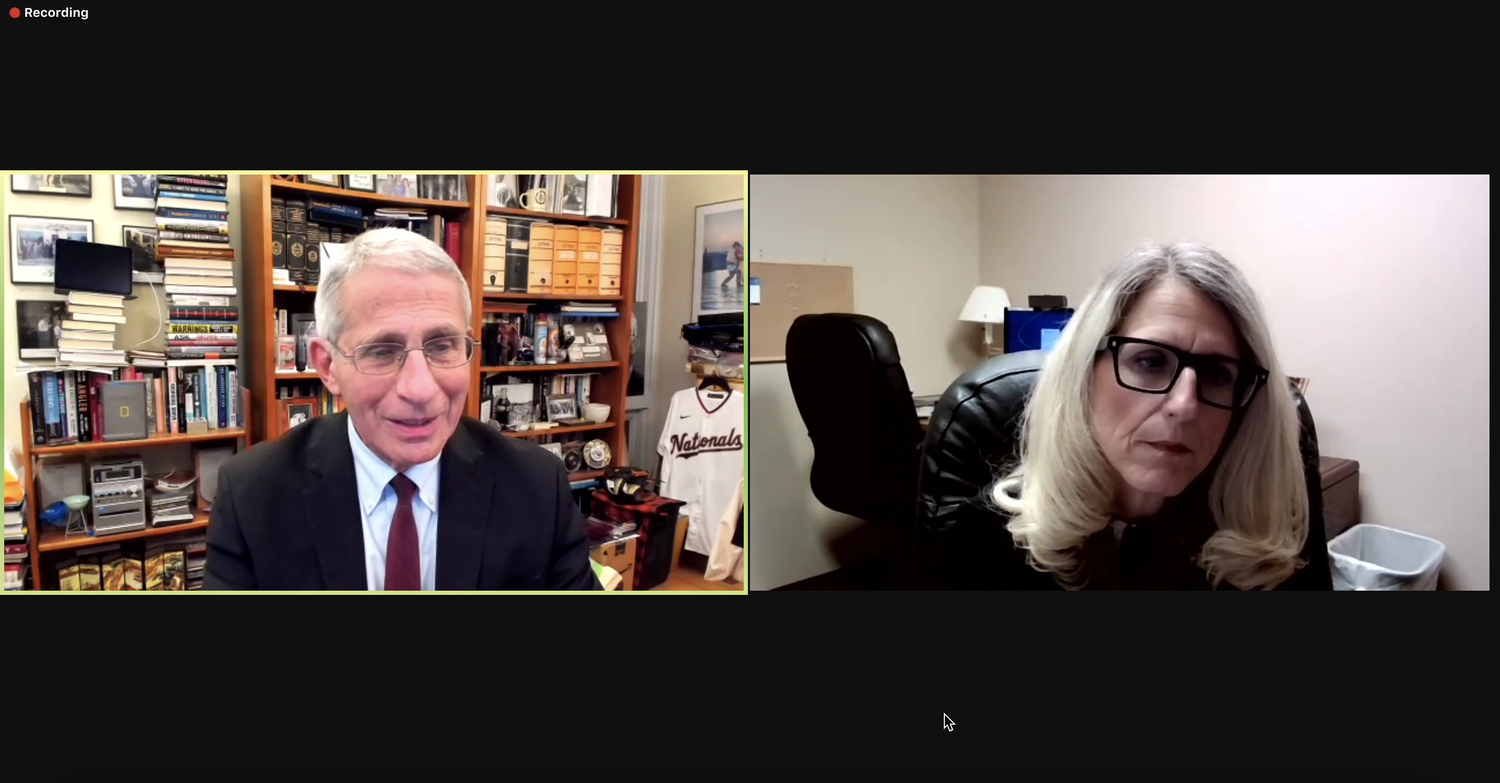 In the webinar, Fauci reflected on lessons learned from the Covid-19 pandemic, highlighting the nation’s and the world’s strengths and failures in pandemic preparedness.

“I don’t think there’s much you can do about the emergence of an infection that jumps species and goes into the human environment, but you can prevent that outbreak from becoming a pandemic by early responsiveness,” he said.

“I think those are the things that we really have not done very well,” he added.

In sharp contrast to the shortcomings in local and domestic public health infrastructure, the U.S. demonstrated its prowess in science and research through the rapid development of a vaccine, according to Fauci.

Fauci also said despite the World Health Organization’s missteps during the Covid-19 pandemic, he still believes in the need for an international health organization. He added that he believed the U.S.’s withdrawal from the WHO was a “real mistake.”

Regarding the national rate of vaccine hesitancy, Fauci noted his frustration at the “profound and intense divisiveness” he observed during the pandemic, saying political disputes have disrupted public health safety measures such as wearing masks and receiving vaccinations.

“When you have a public health crisis, there’s no doubt that the common enemy is the virus,” he said. “And yet, we, in this country, have been acting as if the enemy is each other.”

Despite the country’s lack of unity, Fauci said, there has been a commendable attempt at addressing racial health disparities, specifically in ensuring equitable recruitment of African Americans, Hispanics, Native Americans, and other minority groups for vaccine clinical trials.

“In my mind, it sheds a very bright light on something we’ve known for a long period of time — that the social determinants of health put minorities at a disadvantage at virtually every type of disease,” he said.

Fauci said he believes the U.S. has a “moral obligation” to help developing countries that are suffering disproportionately from the virus.

“I think it’s an obligation of the developed world — including and particularly the United States, because we’re such a rich country — to do whatever we can to get doses of vaccine to the low and middle income countries,” he said.