‘RENT’ Review: 25th Anniversary Tour Has Audiences ‘Over the Moon’ 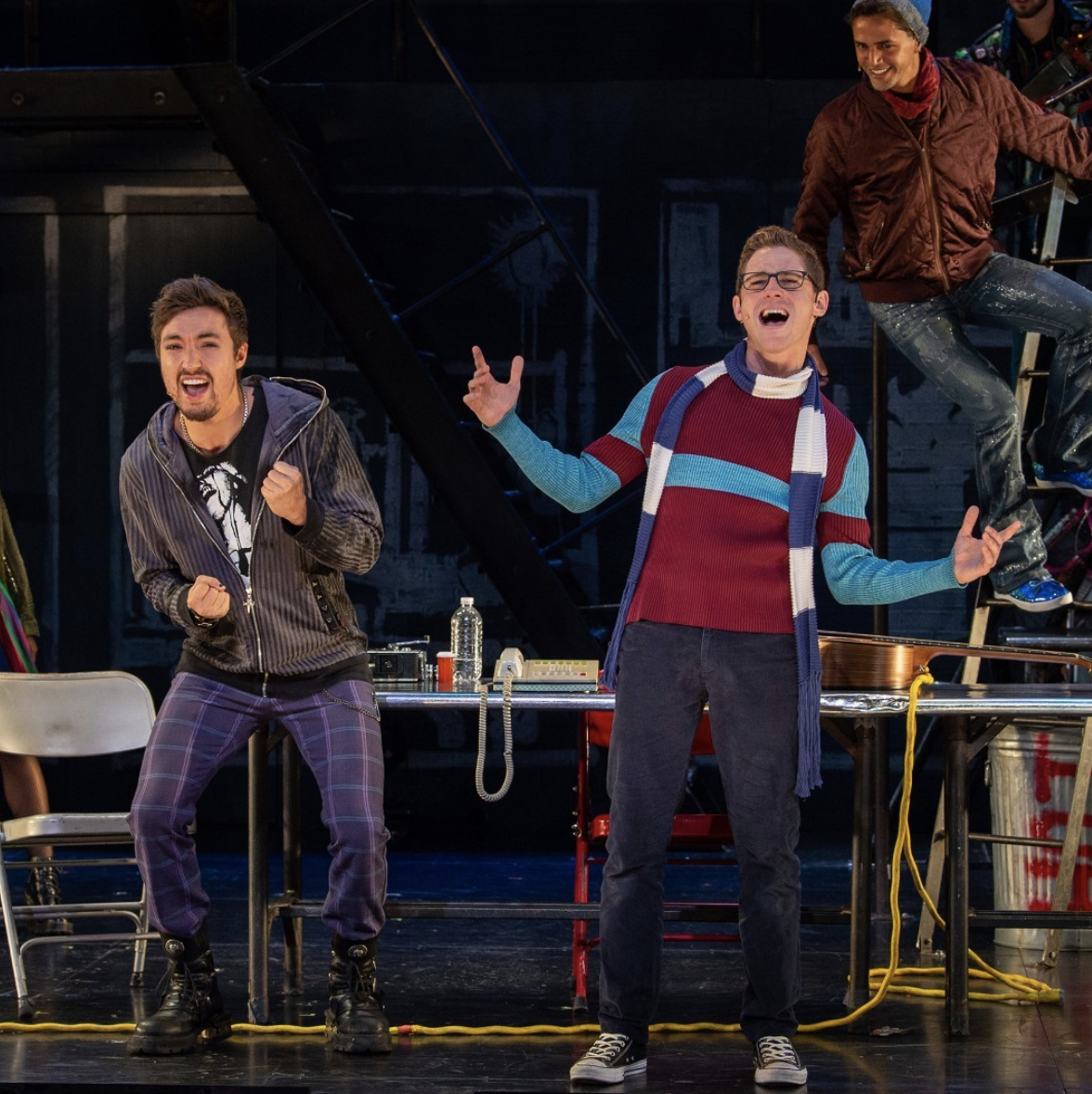 The 25th Anniversary “Farewell Season of Love” Tour of "RENT" took the stage at the Boch Center’s Shubert Theater this month. By Courtesy of Rent on Tour @rentontour
By Nina M. Foster, Crimson Staff Writer

For anyone craving a reintroduction to live theater after its long, pandemic-induced hiatus, the “RENT” 25th Anniversary “Farewell Season of Love” Tour is the perfect place to start. Since its premiere in 1996, the Tony Award and Pulitzer Prize-winning musical has become a source of joy and strength for millions. From Oct. 12 to 17, the touring production took the stage at the Boch Center’s Shubert Theater, giving Bostonians one final opportunity to experience the celebrated touring production.

“RENT” follows a group of artists and friends in New York City as they navigate struggles with drug addiction, sexuality, HIV/AIDS, and — as the title implies — paying their rent. Way ahead of its time, the musical has always insisted on a diverse cast, and this tour’s production is no exception. The past year has brought increased attention to the lack of diversity on Broadway, with performers, creative teams, and audiences insisting that productions reopen with strengthened diversity practices. In August, some of Broadway’s most powerful figures, including the owners and operators of 39 Broadway theaters, signed Black Theater United’s “A New Deal for Broadway,” pledging to make the industry more inclusive. Among these movements to diversify Broadway, the representation of different races, body types, sexualities, and genders in “RENT” is refreshing — an example of what theater desperately needs right now.

The musical styles in “RENT” are equally diverse. The score spans a range of genres including rock, pop, gospel, tango, and more. This eclecticism allows cast members to show off their stylistic range and creates a more captivating listening experience. When the cast unites for group numbers like “La Vie Bohème” and “Seasons of Love,” they produce triumphant, goosebump-raising harmonies. And when each cast member has the chance to sing solo, their exceptional performance is proof that they deserve their iconic role. Filling the shoes of Broadway legends like Idina Menzel, Anthony Rapp, and Jesse L. Martin might sound like an impossible task, but these performers stepped up to the plate. A few, however, stole the stage with outstanding vocals and choreography: Javon King as Angel Schunard, Aiyana Smash as Mimi Marquez, and Rayla Garske as Joanne Jefferson.

King can best be described as a vocally talented Simone Biles in 5-inch heels. When he takes the stage, paying attention to anyone else is nearly impossible — not just due to the dazzling costumes for which Angel is known, but also because of his impressive acrobatic abilities and vocal range. In “Today 4 U,” King showcases a sequence of spins, jumps, and leaps from great heights, made death-defying by his footwear. He sticks every landing, all while staying on pitch.

Similarly, Smash expertly embraces Mimi’s bold personality. In her electrifying performance of “Out Tonight,” Smash struts across the balcony, hangs from the railing, and releases glitter from her long locks in an epic hair flip. She nails even the most difficult transitions to high notes, seducing both Roger Davis (Coleman Cummings) and the audience along the way.

Garske effortlessly displays her vocal range with challenging songs like “Take Me or Leave Me” and “Tango: Maureen.” She belts with power, and her tango with Cody Jenkins as Mark Cohen is both hilarious and choreographically impressive. Following a tense argument over Maureen Johnson (Lyndie Moe), her current lover and his ex, the two abruptly start dancing a technical tango that somehow fits perfectly into the rock-based musical.

The creative team for this adaptation of “RENT” includes some of the artists behind the original Broadway show, such as choreographer Marlies Yearby and costume designer Angela Wendt. As a result, the touring production stays true to its roots, reproducing the formula that has kept “RENT” culturally significant for 25 years. The sets are simple yet effective, with pared-back metal structures providing the foundation for street corners, apartment interiors, and restaurants. The use of props is clever but not excessive, like the arrangement of folding chairs in a circle to create the room of the HIV/AIDS support group — just enough to set the scene. Costumes capture the essence of each character as well as the grungy angst that underscores the entirety of the production. Roger, for instance, dons a leather biker jacket and combat boots, while Mimi rocks fishnet tights and a vintage slip dress.

But while the production’s design harkens back to the ‘90s, one of the most striking things about seeing “RENT” in 2021 is the contrast it illuminates between the height of the AIDS crisis and the treatment of HIV/AIDS today. The diagnosis that used to be a death sentence is now a condition that can be lived with for decades. The initial treatment of AZT every few hours is now a once-daily pill, and preventative measures like PrEP are used widely. Today, celebrities like Jonathan Van Ness, Billy Porter, and Magic Johnson are open about their HIV diagnosis, working to dismantle stigma. Yet the theme of coming together in the face of an illness remains incredibly relevant. Navigating the Covid-19 pandemic requires the same carpe diem attitude and appreciation of friendship that define “RENT.”

Listening to the soundtrack or watching the film adaptation can never replace the experience of seeing “RENT” live, especially when it comes to audience participation. A full theater mooing along with Maureen in “Over the Moon,” for example, is transcendental and surprisingly cathartic. And joining the cast to clap through “Seasons of Love” creates an atmosphere of pure joy. “RENT” builds a sense of community, not just onstage but among the audience and beyond. Any feelings of isolation brought about by the pandemic are instantly shattered by the euphoria of being an integral part of the audience. The repetition of “no day but today” in the finale, accompanied by touching videos of the cast projected around the theater, is a fitting sendoff for those leaving the theater bubble and returning to the real world.

This show is a must-see. Although its run in Boston has come to an end, you can catch the critically acclaimed musical in another city before the tour concludes in April 2022.