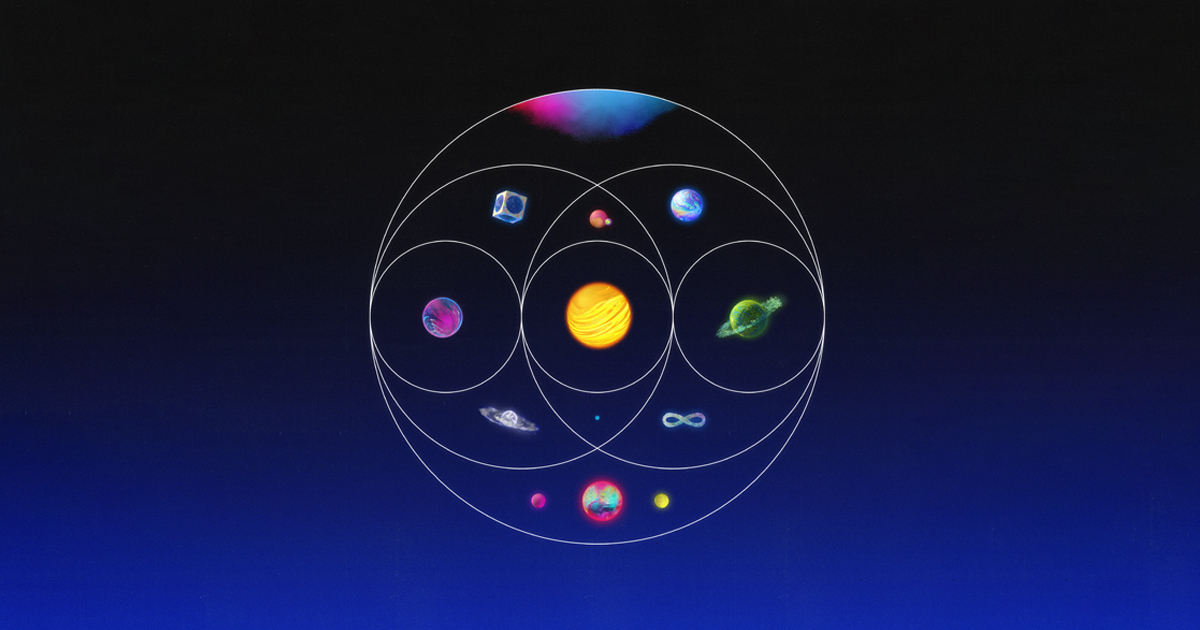 Attempts to evoke the sounds of outer space number as many as its mysteries, and Coldplay’s Oct. 15 release of “Music of the Spheres” places the British rock band among the stars. Their ninth studio album embarks on a soaring exploration of the universe’s potential as a source of boundless hope — and even love.

“When you set something in another place, there’s a freedom to say what you really feel,” Coldplay’s lead singer Chris Martin told Zane Lowe in an Apple Music interview. “So there’s a lot of love in there.”

And there’s a lot to love about “Music of the Spheres.” The album’s impressive production coats the band’s classic guitar riffs in a futuristic shimmer. For all their celestial allusions, the heartfelt lyrics never succumb to the cold of deep space — and Martin knows exactly when to sing them with arena-worthy grandeur or in his signature falsetto. These elements complement each other on each track as if in mutual orbit, welcoming listeners into Coldplay’s cosmos.

The album’s titular opener marks the first of four instrumental pieces, each intensifying relative to the last. Across these tracks, nebulous synth warbles crystallize into patterns while retaining an expansive resonance, like a distant object gradually coming into focus through a telescope.

Then comes lead single “Higher Power,” whose title reflects Martin’s unabashed reverence for such an idea. Instead of trying to rationalize his overwhelming feelings, he happily concedes “That you’ve got a higher power / Got me singin’ every second, dancin’ every hour.” His sweetest declaration of love, though, operates on nowhere near as lofty a scale — and its simplicity only strengthens the impact of its arrival at the end of the second verse. “I’m so happy that I’m alive / Happy I’m alive at the same time as you,” Martin sings on one note. The band achieves a similar confluence of lyrics and melody in the exuberant outro by setting the phrase “I’d been down on my knees” to a descending scale that pivots upward just in time for a more hopeful ending: “’Til your love song floats me on.”

On “Let Somebody Go,” Selena Gomez joins Martin for a bittersweet duet that can’t help but elicit comparisons to “The Scientist,” the quintessential Coldplay ballad. Both songs seek to explain the irrationality of how relationships form and dissolve, but the uncanny polish of “Let Somebody Go” prevents it from achieving its predecessor’s heart-wrenching pathos. That artifice of perfection reveals itself through crisp, almost brittle, synths, and thoughts that wrap up neatly in clichés. “When I called the mathematicians and / I asked them to explain,” he begins, only to finish the rhyme with “They said love is only equal to the pain,” as if such succinct and absolute answers were never more than a phone call away. Despite the songs’ similar subject matter, numbers offer no such consolation in “The Scientist,” where Martin admits that “Questions of science, science and progress / Do not speak as loud as my heart” over an out-of-tune piano. Sometimes, though, “Let Somebody Go” harnesses its own familiarity to devastating effect, as when Martin’s heartbroken plea to “turn off all the stars” echoes a line from W. H. Auden’s “Funeral Blues”: “The stars are not wanted now; put out every one.”

The stars align and shine brightest on “My Universe,” a collaboration with BTS. “You are my universe / and I just want to put you first,” Martin begins with enough flair to match the magnitude of his words, ending the sentence on the pointed twist of a minor third. The jubilant synth-pop anthem, with songwriting credits from BTS rappers J-Hope, RM, and Suga, celebrates the kind of love that can withstand any hardship to transcend boundaries as beautifully as do BTS and Coldplay themselves. In just under four minutes, the two groups unearth joy that somehow feels “never ending forever,” as Jungkook and Martin conclude the first pre-chorus.

“Coloratura,” the album’s ten-minute finale, takes listeners on one last interstellar adventure. At first, the song’s music-box piano motifs and slow melody seem to lack the virtuosity of its namesake opera style. But after the second refrain of “And in this crazy world, I do / I just want you,” the cascade of a harp solo introduces an extensive instrumental bridge that takes the track to new heights. A section in quintuple meter suddenly emerges from scattered glockenspiel notes, building momentum for an epic coda sustained by sweeping guitars and strings.

While the ancient Greek philosophical concept of the “music of the spheres” refers to celestial bodies’ inaudible movements, Coldplay’s latest work gives the phrase a tangible form with universal appeal.